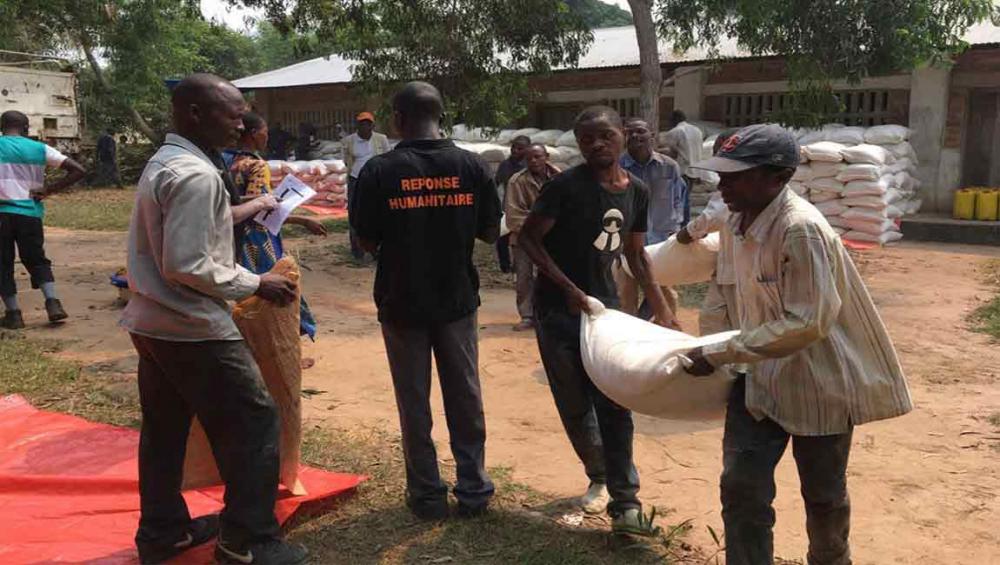 New York, Aug 16(Just Earth News): Food assistance will be provided to food insecure people displaced by conflict in the Kasai region of the Democratic Republic of the Congo (DRC), says the United Nations food agency.

The World Food Programme (WFP) and its partner World Vision have launched an emergency operation to provide food assistance to 42,000 food insecure people who, due to conflict, have fled their villages in the country's Kasai and Kasai Central provinces.

“We launched this emergency response as soon as funds became available,” said Claude Jibidar, WFP Representative and Country Director in DRC, in a press statement.

WFP plans to assist 25,000 displaced persons in Kasai Central and 17,000 people in the Kasai province in the coming days, the statement elaborated. However, WFP urgently requires $17.3 million to support the operations scale-up from September to December 2017.

“Food distributions have started in the town of Tshilumba with further distributions scheduled this month. As part of this effort and where safe access is possible, WFP and the Food and Agriculture Organization (FAO) continue to identify the most vulnerable displaced people in areas identified with high levels of food insecurity, as determined in a recent food security study,” said WFP.

According to its recent food security assessment, WFP said that in the last year, the number of people in need of urgent humanitarian food assistance in the DRC rose by 1.8 million – from 5.9 million to 7.7 million.

“In conflict-ridden areas, more than 1.5 million people are facing 'emergency' levels of food insecurity, leaving many with no option but to sell everything they have while skipping or reducing their meals,” the statement outlined.

In addition to food distributions, WFP is leading the Logistics Cluster, which provides technical and logistical support to humanitarian organizations and has been operational in the Kasai region since June.

“Mobile warehouses have been built to store food and non-food items, while several trucks have been sent to Kasai and Kasai Central to transport food and supplies,” said the statement.

To meet the huge needs of displaced people in hard-to-reach areas, since June the WFP-led UN Humanitarian Air Service has expanded its support, positioning an aircraft in Kananga in Kasai Central on a permanent basis and flying three times weekly to Tshikapa, Kasai – making those most in need more accessible to humanitarian organizations.

Scores of people have fled their villages due to the conflict that broke out in the Kasai region in August 2016.

According to the UN Office for the Coordination of Humanitarian Affairs (OCHA), there are some 1.4 million internally displaced people across the Kasai provinces. Additionally, more than 31,000 have fled into neighbouring Angola.

“With up to 3.8 million people displaced in total, the DRC is home to the largest population of internally displaced people in Africa,” underscored the statement.

The sharp deterioration in people's food security is mainly attributable to displacement caused by an upsurge in conflict and pest infestation in crops across the country. WFP continues to coordinate with FAO and other partners to serve the most vulnerable people in the Kasai region, as well as in other parts of the country.