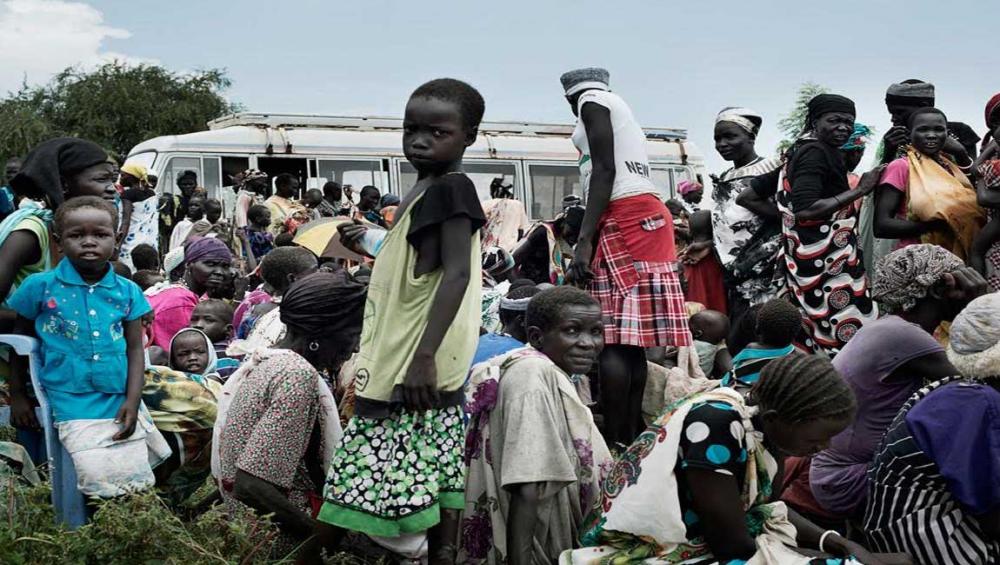 New York, June 22(Just Earth News): While famine has eased in South Sudan, the situation across the crisis-torn country remains dire, as the number of people struggling to find food each day has grown from 4.9 million in February to six million on Wednesday – the highest level of food insecurity the young nation has ever experienced, according to the United Nations.

“The increase in food insecurity has been driven by armed conflict, below-average harvests and soaring food prices as well as the effects of the annual lean season,” said the Food and Agriculture Organization (FAO), UN Children's Fund (UNICEF) and the World Food Programme (WFP) in a joint press statement on Wednesday.

According to the Integrated Food Security Phase Classification (IPC) update, an analysis by the UN agencies, the Government and other partners, the technical definition of famine no longer applies to former Unity State's Leer and Mayandit counties where famine was declared in February. Immediate and sustained humanitarian assistance most likely played a significant role in preventing the Koch and Panyijiar counties from deteriorating into famine.

However, hunger has flared in in the nation's north-east corner – the western bank of the Nile River – while those in the south-west are facing unprecedented levels of need.

“The crisis is not over. We are merely keeping people alive but far too many face extreme hunger on the edge of a cliff,” said FAO's Director of Emergencies Dominique Burgeon. “The only way to stop this desperate situation is to stop the conflict, ensure unimpeded access and enable people to resume their livelihoods.”

The crisis is not over. We are merely keeping people alive but far too many face extreme hunger on the edge of a cliff Dominique Burgeon FAO Director of Emergencies

The three UN agencies warned that the improvements in the worst hunger hotspots must not be lost. People's ability to feed themselves has been severely eroded and continued life-saving emergency food and livelihoods support must continue to prevent a shift back to famine.

“The gains made in the famine-affected counties show what can be achieved when sustained assistance reaches families. But the job is far from done,” said Joyce Luma, WFP's Representative and Country Director in South Sudan. “This is a crisis that continues to get worse with millions of people facing the prospect of starvation if humanitarian assistance ceases. An end to this conflict is imperative.”

“When humanitarian agencies have access and resources we are able to mount a swift and robust response, and save lives,” said Mahimbo Mdoe, UNICEF Representative in South Sudan. “And yet more than one million children in South Sudan are estimated to be malnourished.”

Food insecurity is a key issue, but so is lack of health care, poor water and sanitation and, most crucially, access to those children in need of treatment. At present, too many parts of the country remain cut off due to insecurity, leaving hundreds of thousands of children on the cusp of catastrophe.

Each of the agencies has stepped up its response:

WFP has reached 3.4 million people in South Sudan since the beginning of the year, including assistance for 2.6 million people displaced or affected by conflict and 800,000 people through a recovery operation;
UNICEF and partners have treated some 76,000 children with severe acute malnutrition and provided 500,000 people with safe drinking water and 200,000 others with access to sanitation facilities; and
FAO has provided fishing, crop- and vegetable-growing kits to more than 2.8 million people, including 200,000 in the famine-affected areas, and vaccinated more than 6 million livestock to save lives through livelihoods.