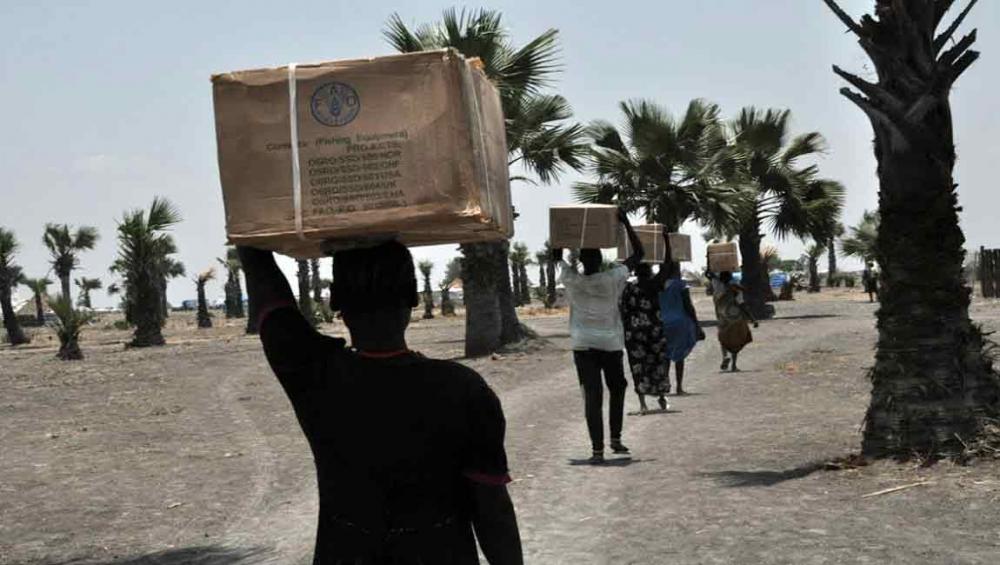 New York, June 10(Just Earth News): Protracted fighting and unrest are swelling the ranks of displaced and hungry ins some parts of the world, even as large agricultural harvests in some regions are buoying global food supply conditions, according to a new report by the United Nations agriculture agency.

“Civil conflict continues to be a main driver of food insecurity, having triggered famine conditions in South Sudan and put populations in Yemen and northern Nigeria at high risk of localized famine,” said the UN Food and Agriculture Organization on on Friday's release its Crop Prospects and Food Situation report.

FAO also notes that adverse weather conditions are exacerbating the threat of famine in Somalia. Refugees from civil strife in countries such as Iraq, Syria and Central African Republic are putting additional pressure on local food supplies in host communities.

It also points out that some 5.5 million people are estimated to be severely food insecure in South Sudan, where maize and sorghum prices are now four times higher than in April 2016. In Somalia, about 3.2 million people need food and agricultural emergency assistance, while in Yemen the figure is as high as 17 million.

In northern Nigeria, disruption caused by conflict has left 7.1 million people facing acute food insecurity in the affected areas, with even more deemed to be in less dire but still “stressed” conditions, according to the report.

While worldwide cereal output is near record levels, production outcomes are mixed across the globe.

According to the report, South America is expected to post strong increases, led by Brazil and Argentina.

Regional production in Southern Africa is expected to jump by almost 45 per cent compared to 2016 when crops were affected by El Niño, with record maize harvests forecast in South Africa and Zambia. This should help to reduce food insecurity in countries, such as Lesotho, Malawi, Mozambique, Swaziland and Zimbabwe.

After two consecutive years of bumper crops, the report notes that the overall food supply situation in the Sahel region is satisfactory.

However, at the start of the 2017 season, East Africa has suffered insufficient rainfall, armyworm infestations and local conflicts, leaving in the sub-region a record 26.5 million people in need humanitarian assistance.

The report warns that the situation could be aggravated further as the lean season peaks, saying, “An estimated 7.8 million people are food insecure in Ethiopia, where drought has dented crop and pasture output in southern regions.”

Moreover, cereal domestic prices reached exceptionally high levels in May, with the local cost of maize jumping by as much as 65 per cent this year in parts of Kenya, Tanzania and Uganda.

The report also notes that a severe drought in Sri Lanka, followed by heavy rains and local flooding in late May, will likely reduce the country's paddy production by nearly a third, compared to the average.