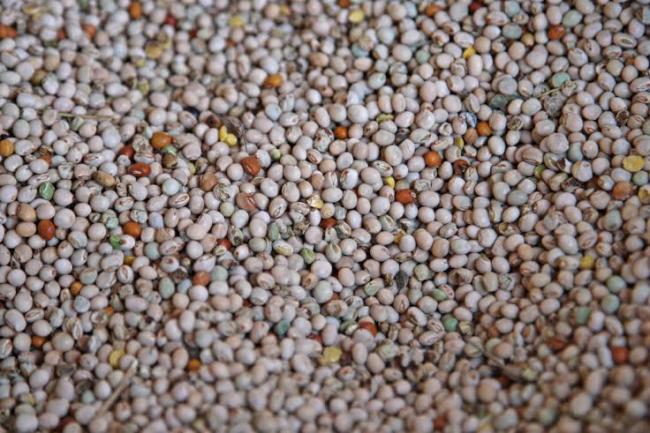 New York, Jun 10 (JEN): Smallholder farmers in Uganda have made impressive progress in grain harvest and storage, thanks to a World Food Programme (WFP) investment plan which aims at improving their agricultural practices and market access.

“WFP is providing over 1,000 farmer groups with critical information, skills and modern tools which enable them to access the quality grain market,” Michael Dunford, WFP’s acting country representative, said on Monday in a news release. Agriculture and market support, he highlighted, are among WFP’s priorities in Uganda, complementing Government initiatives to improve grain harvest. However, inadequate storage and handling practices reduce the quality of the grain, which blocks access to formal markets, explained Dunford. “By building warehouses and establishing local storage facilities, WFP has increased grain storage capacity in Uganda by more than 25,000 metric tons and helped to stimulate trading,” he added. In infrastructure, WFP and partners have been working with farmers to upgrade storage facilities and provide modern grain processing equipment to ensure their access to markets. In addition, the UN agency trained over 16,000 farmers in 27 districts, as well as purchased 62,000 pieces of grain storage equipment for households in 2014. Farmers therefore have been selling grains at a much competitive price. Last year, for example, WFP bought over 41,000 metric tons of food at $17.5 million, from small scale farmers as well as grain traders throughout Uganda. WFP has been working with partners such as the National Agriculture Policy and objectives of the Comprehensive Africa Agriculture Development Programme (CAADP).

The United States has funded more than 60 per cent of WFP’s investment in Uganda over the last six years, with critical support from The Bill and Melinda Gates Foundation, Germany, Japan and the UN Peacebuilding Fund.

Since 2009, WFP has invested over $32 million in infrastructure and training to assist small farmer groups in Uganda.