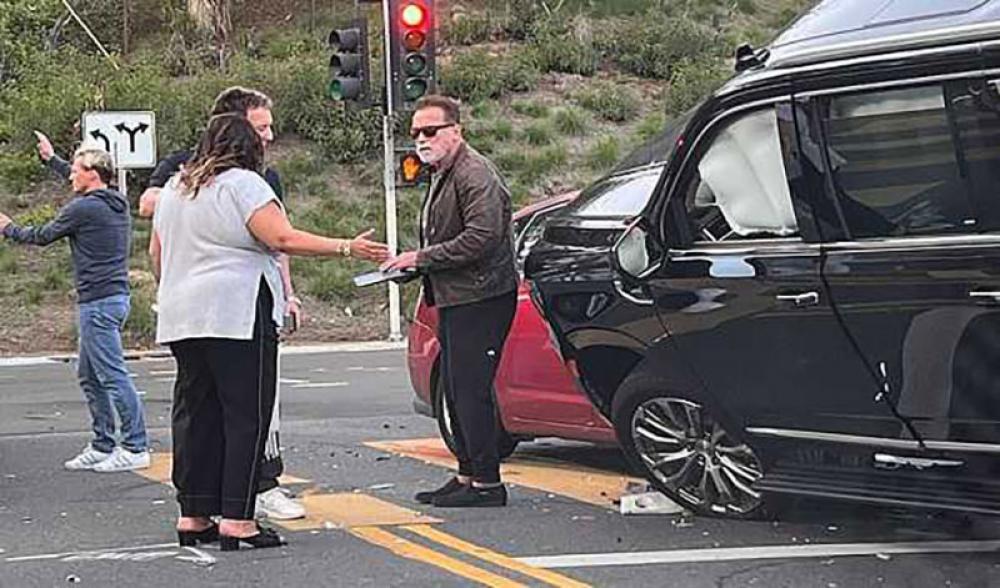 The crash occurred at the intersection of Sunset Boulevard and Allenford Avenue on Friday afternoon in Brentwood, according to Officer Drake Madison, a Los Angeles Police Department spokesman.

Arnold was driving a Yukon SUV when it collided with a red Prius at around 5 pm.

His SUV started to roll and ended up on top of the Prius, then continued rolling to the left into a Porsche Cayenne.

Initially the LAPD did not disclose the identities of anyone in the crash, according to Hollywood Reporter, or provide information about the vehicles involved.

A Schwarzenegger spokesman confirmed the former California governor had just left his home and was driving a GMC Yukon, which hit a Toyota Prius.

The woman driving the Prius who was injured, bleeding heavily from the head, was taken to hospital.

Schwarzenegger was not injured and stayed at the scene, his spokesman said.

He was concerned about the injured woman, checked on her and spoke with firefighters and police, the spokesman said.

"Neither alcohol or drugs are suspected as a factor in this collision," the LAPD said in a statement.

"All parties remained at scene. No further information will be made available."

Jake Steinfield was also available at the scene alongside Schwarzenegger, appearing unharmed.