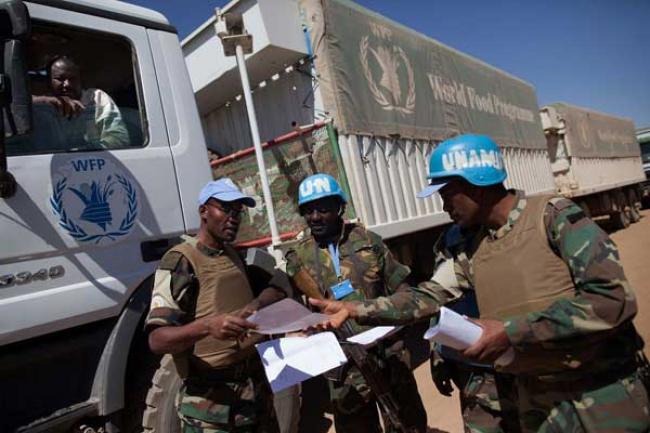 New York, Nov 6 (JEN): The African Union-United Nations hybrid mission in Darfur (UNAMID) has expressed its “deep concern” about allegations circulating in local media over the mass rape of 200 women and girls in a town in the region’s North, declaring that it is conducting a thorough investigation into the veracity of the claims.

In a press statement, the Mission cited reports of the alleged mass rape in the town of Tabit, located 45 kilometres south-west of El Fasher, in North Darfur. A UNAMID verification patrol was immediately dispatched to conduct an investigation but upon reaching the outskirts of the town was denied access by Sudanese military at a checkpoint. “The Mission leadership is calling on authorities of the Government of Sudan to grant UNAMID’s unhindered access to all Darfur, especially to areas where alleged incidents affecting civilians have been reported,” the statement read, adding that UNAMID remained “determined to obtain crucial information and leads.” As a result, the statement continued, a UNAMID integrated mission was dispatched to Zamzam camp for internally displaced people earlier today with the purpose of assessing and determining possible displacements from Tabit resulting from any violence which may have occurred but failed to find any evidence. In addition, the Mission said, UN human rights officers met with the Chief Prosecutor of North Darfur who stated that “not a single complaint about any rape incident was received from Tabit.” Tensions have been simmering across Darfur over the past few months. In October, an attack on UNAMID peacekeepers by armed militants claimed the lives of three peacekeepers. The UN estimates that some 385,000 people have been displaced by the conflict between the Government of Sudan and armed movements in Darfur since the start of 2014. The world body has repeatedly called on all sides to join negotiations aimed at achieving a permanent ceasefire and comprehensive peace for the people of Darfur, which has witnessed fighting since 2003.