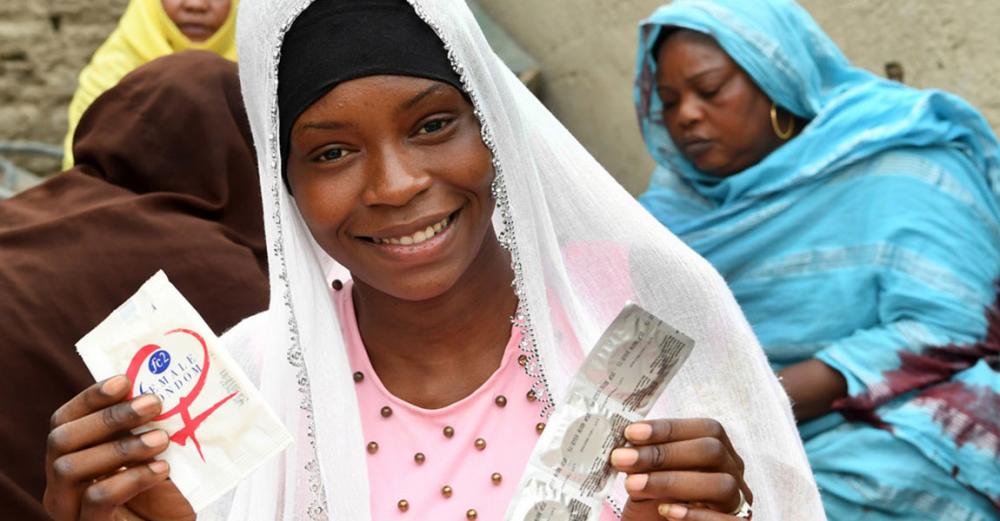 New York : Gender discrimination and violence, as well as “huge” gaps in education, are among the factors why women and girls remain vulnerable to HIV, according to the UN agency working to end the AIDS epidemic.

In a report launched on Thursday, UNAIDS noted that almost 40 years into the fight, AIDS is still the leading cause of death for women aged 15 to 49 years, with roughly 6,000 young women aged between 15 and 24 acquiring HIV every week.

It underscores that the next generation of the HIV response must make gender equality, and the empowerment of women and girls, a core priority.

“The HIV epidemic holds a mirror up to the inequalities and injustices faced by women and girls and how the gaps in rights and services are exacerbating the epidemic”, said Winnie Byanyima, Executive Director of UNAIDS.

“This is unacceptable, it is avoidable and it must end.”

The report, We’ve got the power, was released ahead of International Women’s Day on 8 March, and 25 years after leaders agreed the landmark Beijing Declaration on promoting gender equality.

It calls on governments to do more to empower women and girls and fulfil their human rights.

The report reveals that despite progress in key areas such as school enrollment, political participation and scaling up of HIV treatment, many of the promises made to improve the lives of women and girls have not been kept.

Eliminating violence against women is among the critical issues requiring action.  The report reveals that in areas with high HIV prevalence, intimate partner violence has been found to increase women’s risk of acquiring the virus by 50 per cent, while being HIV-positive can also be a trigger for violence.

Sub-Saharan Africa is the region most affected by HIV, and knowledge about prevention remains “worryingly low” there, particularly among women and girls.

However, UNAIDS highlighted progress in countries that have increased investment in HIV prevention programmes, such as Lesotho in southern Africa, where new infections among women and girls fell by 41 per cent between 2010-2018.

Gaps in education generally also have an impact on girls, with studies showing the “protective effect” of keeping them in school.

“When Botswana extended mandatory secondary education, it found that each additional year of schooling after year 9 was associated with a 12% reduction in girls’ risk of acquiring HIV”, the UN agency said, though pointing out that nearly one-third of the world’s poorest adolescent girls have never even been in a classroom.

Action also must be taken to end discrimination in economic opportunities.  UNAIDS reported that out of 190 countries, less than half, or 88, have laws mandating equal pay for equal work.

Achieving gender equality and ending AIDS are among the objectives of the Sustainable Development Goals which countries are striving to realize by the end of the decade.

UNAIDS has identified measures for moving forward, including investing in HIV policies and programmes proven to promote gender equality, as well as investing in education and in women’s economic empowerment.

“Women and adolescent girls are demanding their rights,” said Ms Byanyima, the UNAIDS chief.  “Governments must act on those demands by providing resources and services to protect their rights and properly respond to their needs and perspectives.”


Photo caption  and credit:
UNICEF/Frank Dejong
In the center of Chad, 19-year-old Achta holds up condoms during an HIV awareness-raising session in her Moussoro community. (March 2019)