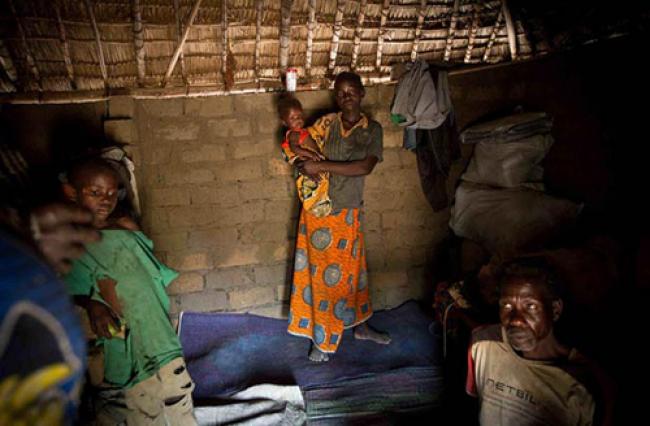 New York, Nov 26 (JEN) Reiterating its strong condemnation of war crimes and crimes against humanity by the Lord’s Resistance Army (LRA) and its use of children in armed conflict, the Security Council on Monday demanded that the group immediately cease all hostilities, release all abductees, and disarm and demobilize.

Issuing presidential statement the Council urged the United Nations Office for Central Africa (UNOCA), the UN political and peacekeeping missions in the region, and the Organization’s other relevant presences, to enhance their support for the implementation of the UN Regional Strategy to address the threat and impact of the activities of the LRA.

It called on the international community to support the implementation of the Strategy where possible.

The LRA, notorious for carrying out massacres in villages, mutilating its victims and abducting boys for use as child soldiers and forcing girls into sexual slavery, was formed in the 1980s in Uganda and for over 15 years its attacks were mainly directed against Ugandan civilians and security forces, which in 2002 dislodged it.
It then exported its activities to Uganda’s neighbours, such as the Democratic Republic of the Congo (DRC), Central African Republic (CAR) and South Sudan.

Welcoming steps taken to deliver an enhanced, comprehensive and “more regional” approach to the humanitarian situation, the Council underlined the primary responsibility of States in the LRA-affected region to protect civilians. In that context, it welcomed efforts by the DRC, South Sudan, Uganda and the CAR, in coordination with the African Union, to end the LRA threat, urging additional efforts from those countries, as well as others in the region.

Further, the Council expressed serious concern that the increased security vacuum in the CAR continued to negatively affect counter-LRA operations. As LRA attacks have reportedly taken place outside the Task Force’s principal area of operations, it emphasized the need for strong coordination among the United Nations Integrated Peacebuilding Office in the Central African Republic (BINUCA), the Task Force, and the African-led International Support Mission in the Central African Republic (MISCA) in the context of protecting civilian activities and counter-LRA operations.

Regionally, the Council encouraged the UN Organization Stabilization Mission in the Democratic Republic of Congo (MONUSCO) to reinforce efforts to address the LRA through improved responsiveness to imminent civilian threats, training and capacity-building of the Forces Armées de la République Démocratique du Congo (FARDC) and implementation of the disarmament, demobilization, repatriation, reintegration, and resettlement programme to encourage further LRA defections.

In addition, the Council urged MONUSCO and the United Nations Mission in South Sudan (UNMISS) to enhance their cooperation with the Regional Task Force to coordinate operations, patrols and protection of civilians strategies, and to provide logistical support within their existing mandates and resources. It took note of reports of an LRA base in the disputed enclave of Kafia Kinga, on the border of the Central African Republic, and between South Sudan and Sudan.
Congolese villagers displaced by LRA attacks find shelter with host families in Dungu. Photo: UNHCR/M. Hofer
More Rights
Photos