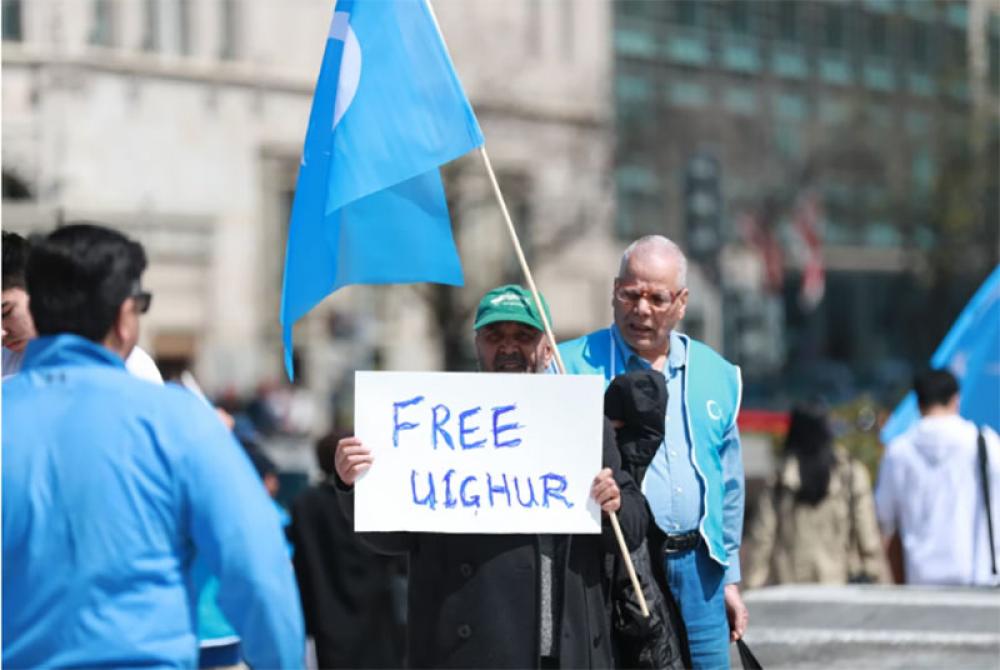 Istanbul: Uyghurs Rights activists in Turkey, as part of a global campaign “Stand4Uyghurs”, recently hosted  a protest to call out against the genocide being perpetrated against Uyghur Muslims in East Turkestan and even shouted slogans against Chinese policies.

During the protest, at least 100 Uyghur activists gathered at the spot and displayed banners and flags of East Turkestan.

Uighur (also spelt Uyghur) Muslims are a Turkic minority ethnic group originating from and culturally affiliated with the general region of Central and East Asia. It is now widely publicized that their human rights are crushed by China and they were sent to "re-education camps" by the communist regime in Beijing.