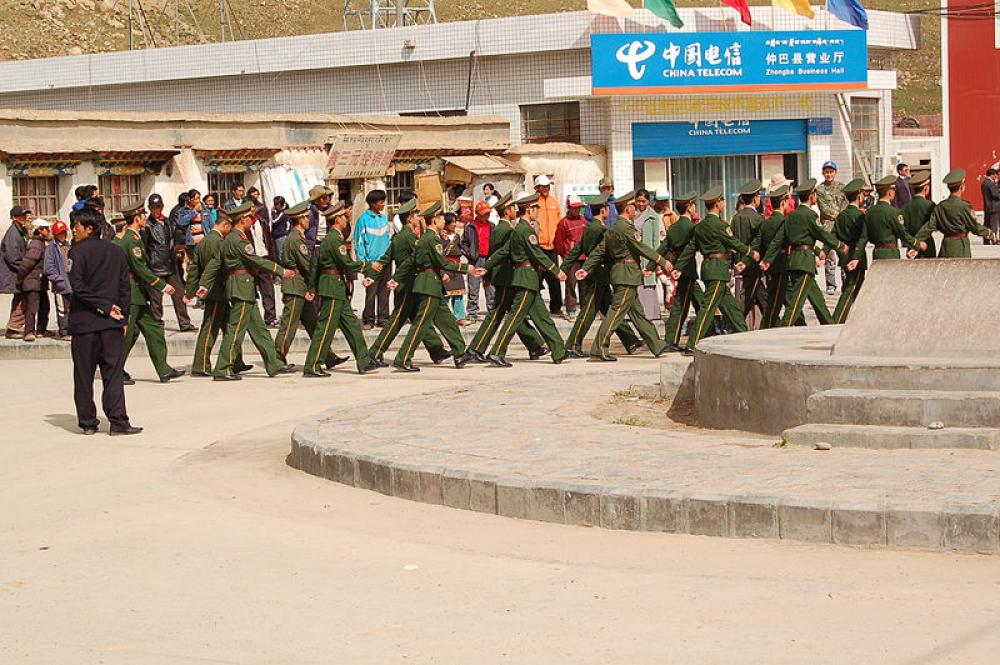 Lhasa, Tibet: The Chinese authorities are arresting Tibetan thinkers, who have been speaking out in favour of their culture and rights which Beijing sees as an act of sedition, reports said.

According to reports, China is lodging those Tibetan thinkers in secret prisons as part of its “cultural assimilation” policy.

The Chinese government has placed constant surveillance on Tibetan thinkers as it considers expressing views for preserving the Tibetan language and culture as secession, reports Tibet Press.

According to the latest report of the Central Tibet Administration, a famous Tibetan poet and writer Rongwo Gendun Lhundup has been handed over four years of the sentence while writer Thupten Lodoe aka Sabuchey for four years.

Meanwhile, another Tibetan thinker Rongwo Gangkar has been under Chinese detention.

The report said that the Tibetan intellectuals are further subjected to mental and physical torture and forcefully tutored with lectures on ‘patriotism’ and hard labour.

A large number of Tibetans are held in the notorious Mianyang Prison of eastern Tibet for correcting their views in favour of the CCP’s ideology, according to Tibet Press.

The report further said that a number of Tibetans have died either in custody or after their release from detention, and these deaths are being attributed to custodial torture carried out by the CCP.