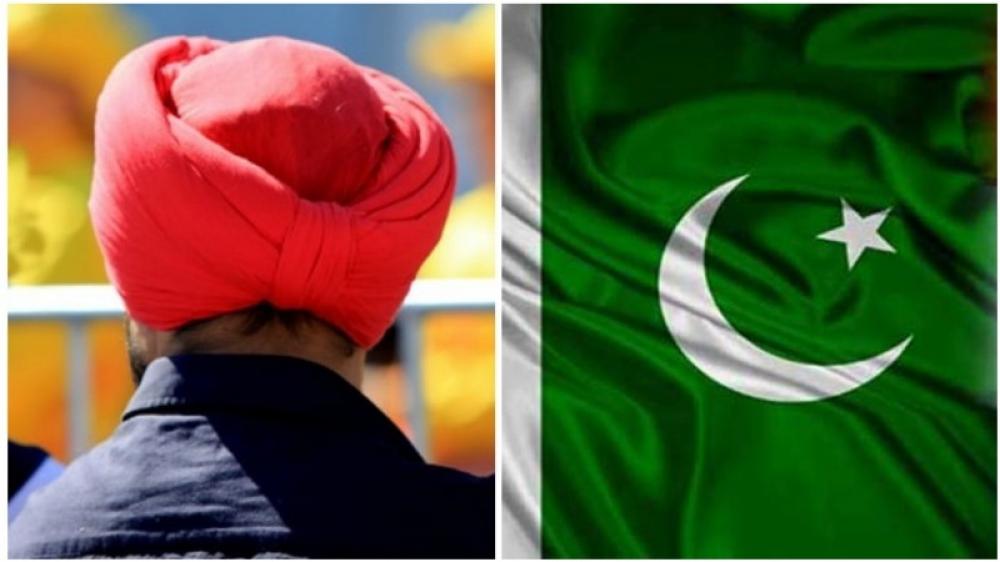 Pakistan, which preaches ‘tolerance’ to other nations and accuses much of the world outside the Islamic realm of engaging in Islamophobia, has just added to its own record of killing two members of its own minority community of Sikhs.

Two businessmen were on May 15 gunned down on a busy road in Peshawar city by unidentified motorcycle-borne gunmen. The incident happened on the eve of Vesakh, the festival the Sikh community- which has a huge diaspora- celebrates across the world.

From Pakistan’s president to the police, everyone condemned the killings, blaming it on external “enemies of Pakistan” and on terrorism, both being convenient bogeys, to shift the blame away from numerous well-organised Islamist extremist groups, say analysts. The state feeds and fights them, both, depending upon their utility and the threat perceptions they generate.

Condemning the murder of unarmed Sikh men, the Human Rights Commission of Pakistan (HRCP) demanded that the police should identify and arrest the perpetrators promptly.

"The government must make it clear that violence against religious minorities will not be tolerated," the HRCP added.

“Hundreds of people die in target killings, military operations and various other incidents of high-degree violence. Those killed include women and members of religious minorities, politicians, security personnel and militants. Intolerance towards minorities by the state and society has been called a cause of concern by the HRCP.

A key member of Pakistan’s weak, yet vibrant, civil society, the HRCP keeps the vigil on attacks on the religious minorities ---Hindus, Sikhs, Christians and Buddhists --as also vulnerable ethnic groups like the Hazaras. Pakistan has its own Muslim groups of Shia Muslims that get targeted by the Sunni extremists.

Pakistan has been running a systematic campaign against neighbouring India accusing its successive governments of ‘intolerance’.  The Sikhs’ killing compelled India to call upon Pakistan to take strict action against those responsible for the brutal killing of the traders that it said was “target killing.”

"We have seen the reports on the brutal killing of two Sikh traders by unidentified armed men in Peshawar. Sadly,this is not the first such case or a rare occurrence," the Indian Ministry of External Affairs (MEA) said in response to a media query.

The Indian spokesperson pointed to the “grave concerns” that  have been expressed by various quarters of the Indian civil society and the Sikh community at “this shocking and deplorable incident.

"We have registered our strong protest with the Government of Pakistan on the continued targeting of members of the minority community in Pakistan. We call upon the authorities concerned to sincerely investigate the matter and take strict action against those responsible for this deplorable incident," the statement added.

Peshawar Police identified the victims as 42-year-old Suljeet Singh and 38-year-old Ranjeet Singh, adding that they owned spice shops in the Batatal locality.

The Peshawar killings of May 15 were on a similar line as the one last year. Unknown assailants had gunned down a Sikh hakeem (doctor) near Charsadda Bus Stand. The police identified the victim as hakeem Satnam Singh who was attacked in his clinic here in the limits of Faqirabad police station.

In 2018, a social activist and prominent member of the Sikh community in Peshawar was killed "in what appeared to be a targeted attack," police said. Pakistan is known for widespread discrimination against all  minorities, with attacks against Christians, Hindus, Ahmadiyya, Shia, Sufi and Sikh communities being widespread.

These attacks are usually blamed on religious extremists but certain laws in the Pakistan Criminal Code and government inaction have also caused these attacks to surge. Sunni militant groups operate with impunity across Pakistan, as law enforcement officials either turn a blind eye or appear helpless to prevent widespread attacks against religious minorities. Sikhs have been victims of massacres, targeted assassinations and forced conversions. Gurudwaras have been attacked, demolished, encroached upon and converted into mosques.

Till the Partition of the Indian Subcontinent in 1947, the Sikh community was integral to the undivided Punjab and lived across the region up to Afghanistan. Large parts of this territory were part of the Sikh Empire of Maharaja Ranjit Singh in the 18th and 19th centuries.

A statue of the erstwhile emperor, installed with funds from the British Sikh community was installed in Lahore Fort, the seat of his power, three years ago. But Islamist extremists have vandalized it three times.

British-ruled India’s division was accompanied by brutal killings as a result of violence in which the Muslims on one side and the Hindus and Sikhs on the other side engaged.

In the decades following Pakistan's formation in 1947, the Sikh community began to re-organize, forming the Pakistan Sikh Gurdwara Prabandhak Committee (PSGPC) to represent the community and protect the holy sites and heritage of the Sikh religion in Pakistan.

However, the PSGPC is headed by Muslim leaders and not by Sikhs. This fact has provoked the Sikh population around the world to do protests against Pakistani authorities,but to no avail.

The Pakistani government has begun to allow Sikhs from India to make pilgrimages to Sikh places of worship in Pakistan and for Pakistani Sikhs to travel to India. However, this has been more of a propaganda point and has not improved the trust level among the Sikhs anywhere.

Years of negligence and persecution has seen the population of the Sikhs dwindle from two million to less than 8,000. According to the Government of Pakistan's National Database and Registration Authority (NADRA), there were 6,146 Sikhs registered in Pakistan in 2012.

A 2010 survey by the Sikh Resource and Study Centre reported 50,000 Sikhs living in Pakistan. Most are settled in Khyber Pakhtunkhwa followed by Sindh and Punjab. Other sources, including the US Department of State, claim the Sikh population in Pakistan to be as high as 20,000.