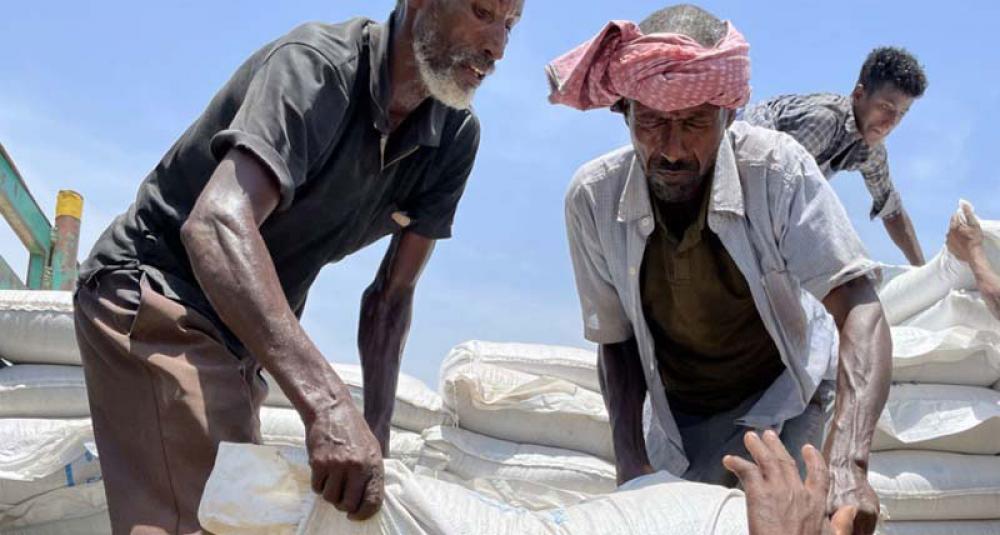 New York: UN Secretary-General António Guterres on Wednesday urged authorities in Ethiopia to allow vital humanitarian work there to continue, following the recent decision to declare seven of the Organization’s staff persona non grata and expel them from the country.

Mr. Guterres was addressing the Security Council, where he briefed on the growing needs in the north, stemming from the war in the Tigray region.

In the face of the immense crisis, the UN chief said all efforts should be focused on saving lives and avoiding a massive human tragedy.

“This makes last Thursday’s announcement by the Government of Ethiopia to expel seven senior UN officials – most of them humanitarian staff – particularly disturbing,” he told ambassadors.

The “unprecedented expulsion” is deeply concerning, he said, “because it relates to the core of relations between the UN and Member States.”

Following the 30 September decision, the UN wrote to the Ethiopian Government, stating that declaring a staff member persona non grata, and demanding they leave the territory, is inconsistent with a country’s obligation under the UN Charter.

The diplomatic note explained that should a Government have any specific issues concerning individuals, the UN should be informed so that the Secretary-General could take action where required.

“In other words, there is a proper, formal procedure - and that procedure was not followed,” said Mr. Guterres.

The UN will continue to work with the Government and partners to support millions across the country who need assistance.

“I now call on Ethiopian authorities to allow us to do this without hindrance and to facilitate and enable our work with the urgency that this situation demands,” he said.

The Secretary-General underlined the magnitude of the crisis in northern Ethiopia after nearly a year of fighting between federal troops and Tigray regional forces.

The conflict has spilled over into neighbouring Afar and Amhara, and some seven million people in total require food aid and emergency support.  More than five million alone are in Tigray, where an estimated 400,000 people are living in famine-like conditions.

Aid levels are currently insufficient to meet needs, amid obstacles such as roadblocks and movement restrictions.  Furthermore, access to electricity remains precarious, and millions have been cut off from communications as well as vital services, such as healthcare.

There are reports of violations by all sides, including gender-based and sexual violence against women and girls. Mr. Guterres said humanitarians have shared alarming accounts of the suffering on the ground, including growing reports of hunger-related deaths.

“I urge the Government to allow the unrestricted movement of desperately needed fuel, cash, communications equipment, and humanitarian supplies into all the regions in need,” said the Secretary-General.

“I appeal to all members of the Security Council to do all they can to support these calls and to unify behind the efforts of the United Nations and its partners in Ethiopia.”

This week, Ethiopia inaugurated a new Government and the UN chief urged the administration to “work with renewed determination to be a Government for all.”

Ethiopia’s UN Ambassador, Taye Atske-Selassie, who also addressed the Council, stated the country is not under any legal obligation to provide justifications or explanations for its decisions.

“The UN staff Ethiopia expelled sidelined their oath, the rules of professional conduct, and the principles of humanitarian assistance,” he said, before listing numerous alleged transgressions.

The misconduct of a few individuals does not undermine the professionalism of UN teams in the country or elsewhere, he stressed, but rather “speaks of the serious ethical dilemma that existed in the humanitarian operation in Ethiopia for the past 11 months.”

Mr. Atske-Selassie further stated that “expulsion was not our primary course of action.”  He said that both the Deputy Prime Minister and Foreign Minister wrote to the UN in July on the issue. “We also summoned some of the individuals and warned them to halt their misconduct. Nevertheless, the transgressions continued unabated."

In response to Ethiopia's Ambassador, Mr. Guterres took the highly unusual step of asking for a formal Right of Reply.

He said that if there was any written document provided by the Ethiopian Government 'to any UN institution" about any of the UN staffers expelled, "I would like to receive a copy of that document, because I have not had any knowledge of them."

He called on the Ambassador to provide the evidence, recalling that he had twice asked the Prime Minister to voice any concerns about "impartiality" of UN staff, without receiving a reply.

"We believe Ethiopia is violating international law", and has no right to expel the seven, said the Secretary-General, and "in doing so...we are ready to cooperate with the Government of Ethiopia in relation to any situation in which the Government of Ethiopia feels that any member of the UN is not behaving in total impartiality, in total independence, as humanitarian law prescribes and humanitarian principles establish."