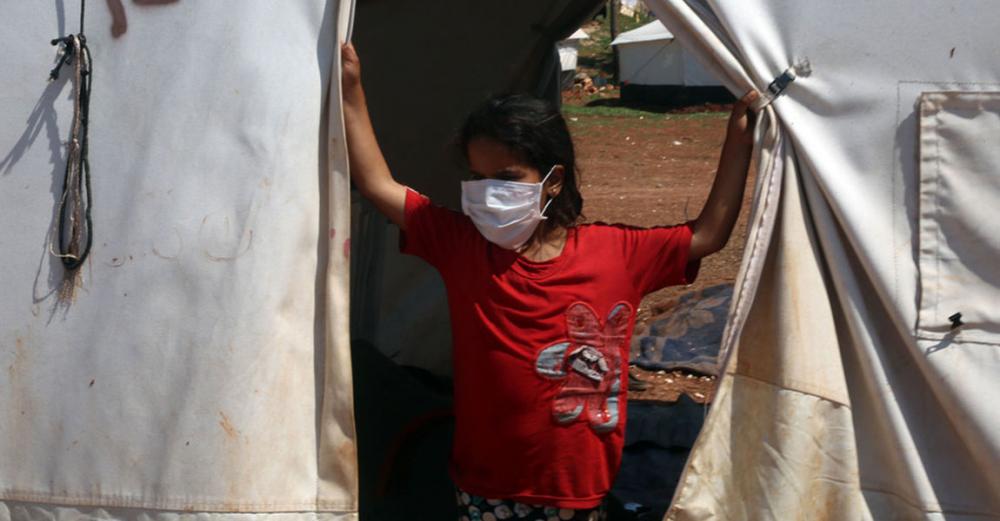 In a camp in northern Syria, a young girl wears a mask to protect her from COVID-19.UNICEF/Omar Albam

New York: Despite a reduction in largescale hostilities since a ceasefire in March, the UN Syrian Commission of Inquiry reported on Monday that armed actors continue to subject civilians to horrific and increasingly targeted abuse.

The Commission’s 25-page report documented continuing violations by nearly every fighting force controlling territory across the country.
It also highlighted an increase in patterns of targeted abuse, such as assassinations, sexual and gender-based violence, and looting or appropriation of private property.

And civilian suffering has remained a constant feature of the crisis.

“For nearly a decade all calls to protect women, men, boys and girls have been ignored”, said Commission of Inquiry Chair Paulo Pinheiro. “There are no clean hands in this conflict but the status quo cannot endure”.

No ‘scintilla of evidence’

With a focus on violations taking place away from large-scale hostilities, the report found that enforced disappearances and deprivation of civil liberties continued throughout the first half of the year, to instill fear and suppress dissent among civilians or for financial extortion.
It documented a multitude of detention-related violations by Government forces, the Syrian National Army (SNA), Syrian Democratic Forces (SDF), extremist group Hay’at Tahrir al-Sham, and other parties to the conflict.

“All parties in Syria detain civilians without a scintilla of evidence or due process”, Commissioner Hanny Megally declared.

The report concluded that not only do recent cases of enforced disappearances, torture, sexual violence and deaths in the custody of Government forces, amount to crimes against humanity, but they also serve to exacerbate tensions with southern governorates – leading to further clashes.

“All those arbitrarily deprived of their liberty must be released”, he continued, adding, “the international community can and must do more, particularly regarding the camps in the northeast where they can have immediate impact if they have the political will to act”.

The SNA may have committed war crimes in Afrin and surrounding areas in the north – including hostage-taking, torture and rape – along with killing and maiming scores of civilians through the use of improvised explosive devices, as well as during shelling and rocket attacks, according to the report.

Nearly a decade into the conflict, the deepening economic crisis, impact of sanctions and the COVID-19 pandemic, have further diminished prospects of Syrians attainting an adequate standard of living, the report notes.

Moreover, living conditions across the country remain deplorable and barriers are omnipresent in large swathes of Government-controlled areas.

“The dramatic increase in those suffering from food insecurity in Syria in the first half of 2020 is deeply concerning”, said Commissioner Karen Koning AbuZayd. “All barriers to the provision of humanitarian aid must be removed”.

While recognizing the complexities of the situation, the Commission found that the SDF’s long-term internment of allegedly ISIL-associates in the northeast, amounts to unlawful deprivation of liberty in inhumane conditions, that cannot continue in perpetuity.

The Commission called upon Member States to take back from Syria their nationals who are allegedly associated with ISIL, particularly children and their mothers.

The report concluded with several recommendations, chiefly a call for all parties to pursue a long-lasting, nationwide ceasefire – in line with Security Council resolution 2254 (2015).

To save lives, the Commission called for immediate and large-scale prisoner releases, given that overcrowded prisons across the world, have proved to be breeding grounds for COVID-19.

The Commission also urged the Government to take urgent, comprehensive steps to reveal the fates of those detained or disappeared.
“I urge all parties to the conflict to heed these recommendations, in particularly regarding achieving a sustainable peace”, upheld Commission of Inquiry Chair.