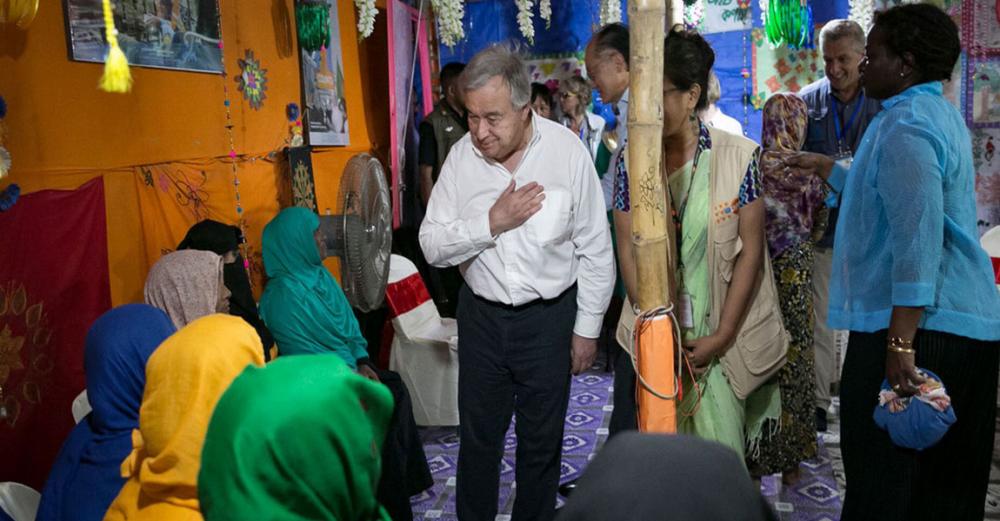 UN Secretary-General António Guterres has called for greater attention to the Rohingya refugee crisis – which entered its fourth year – and for addressing the root causes of the conflict.

In a statement issued by his spokesperson, the Secretary-General said the UN will continue to stand in solidarity with all those affected by the crisis, and that it is committed to working with all stakeholders, including regional actors, towards a future of sustainable development, human rights and peace in Myanmar.

Guterres called for greater urgency to the crisis by addressing the root causes of the conflict and creating the conditions for the safe, voluntary, dignified and sustainable return of all refugees.

“The ultimate responsibility rests with Myanmar authorities, who have committed to implementing the recommendations of the Advisory Commission on Rakhine State,” he said, adding:

“Beyond solutions for the immediate humanitarian suffering, accountability is an imperative for long-term reconciliation.”

Tuesday marked three years since the start of the crisis, the largest and most recent forced displacement of the minority, mainly Muslim, Rohingya and other communities from Myanmar’s Rakhine state.

The complex crisis erupted in August 2017, following attacks on remote police outposts in northern Myanmar by armed groups alleged to belong to the Rohingya community. These were followed by systematic counter attacks against the community.

In the weeks that followed, over 700,000 Rohingya – the majority of them children, women and the elderly – fled their homes for safety in Bangladesh, with little more than the clothes on their backs.

Prior to the mass exodus, well over 200,000 Rohingya refugees were sheltering in Bangladesh as a result of earlier displacements from Myanmar.