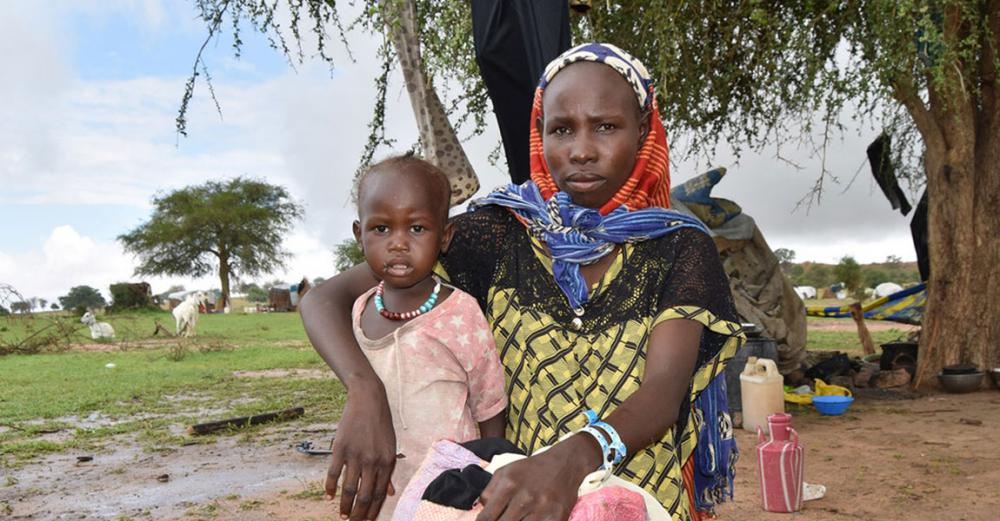 According to UNHCR, more than 80 per cent of those arriving in the Chadian border town of Adré are women, children and elderly – many of whom have witnessed extreme violence.

Attacks, said to have been carried out by armed nomads in the town of Masteri in Western Darfur, killed 61 people from the Masalit ethnic community and injured at least 88 on 25 July. Houses were also reported to have been burned to the ground in the town and the surrounding villages.

“A 25-year-old woman told UNHCR staff that her husband was stabbed to death in front of her eyes and she had to run for her life with her three children, making the journey to Chad riding a donkey for one full day”, Babar Baloch, a spokesperson for the agency said at Tuesday's regular media briefing, in Geneva.

About 20,000 affected within Sudan

In addition to those who fled into Chad, an estimated 20,000 people within Western Darfur in Sudan have been affected by the unrest – the majority of whom are women and children.

Mr. Baloch said that the situation has stabilized since the attacks but “remains unpredictable” and those displaced are still hesitant to return home and are demanding better security.

Federal authorities in the Sudanese capital, Khartoum, have reportedly deployed additional forces to control and calm the situation. A delegation from the Masalit community and Arab tribal leaders arrived in El Geneina, the capital of Western Darfur, from Khartoum on 4 August and is conducting peace talks between both sides, added the UNHCR spokesperson.

In Chad, UNHCR, in collaboration with the Government and humanitarian partners, is relocating the refugees from the border areas to the Kouchaguine-Moura refugee camp further inland, where they will be provided with food, shelter, water and emergency relief items.

The camp will also provide access to hygiene and health, including isolation units, as part of the response to COVID-19, said Mr. Baloch.

The relocation, however, has been slow due to heavy rains and poor road conditions, with about 443 refugees arriving at the camp last week. The Kouchaguine-Moura camp is already hosting more than 6,000 Sudanese refugees who had arrived in February 2020.

Rains have also hampered efforts to assess the situation and organize a response to assist those affected in Sudan.

Image credit and caption: UNHCR/Aristophane Ngargoune
Sudanese refugees flee across the border to escape Darfur violence. Twenty-three-year-old Sudanese refugee fled with her children to Kartafa in Chad in July 2020.