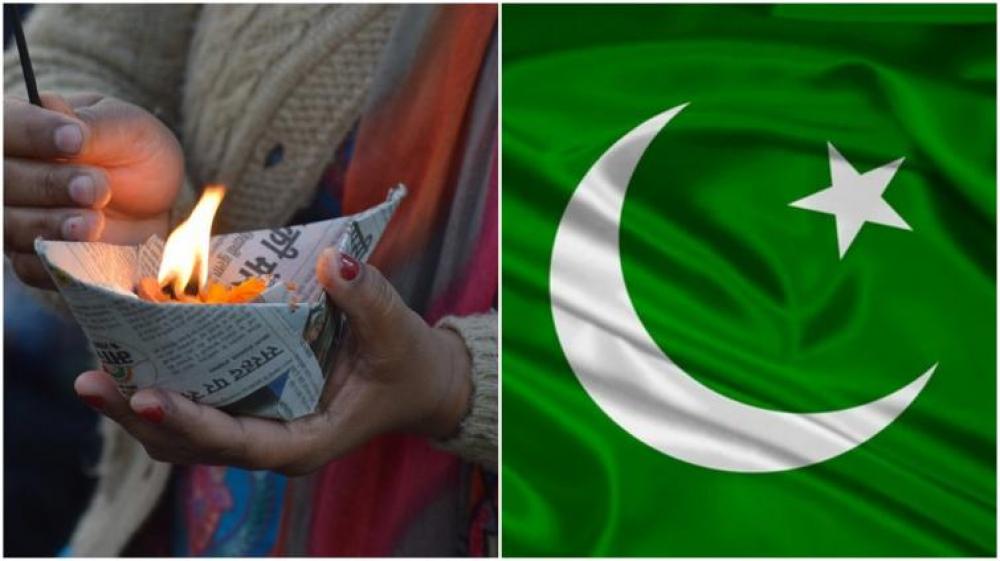 Islamabad:  The Islamabad High Court (IHC) on Tuesday disposed of three identical petitions filed against the construction of a Hindu temple in Pakistan capital city Islamabad.

The court announced the move after  observing that the construction of a worship place requires mandatory approval of the regulator.

The government allotted the plot measuring 3.89 kanals for the temple in January 2017. The plot was handed over to the Islamabad Hindu Panchayat (IHP) in 2018, reported the newspaper.

Commenting on the construction of the Hindu temple, Minister of Religious Affairs Noorul Haq Qadri on Wednesday said there was "no question" about its construction and the real issue was whether or not it could be built using pubic funds.

Speaking on the floor of the National Assembly, he was quoted as saying by Dawn News  there has been a lot of talk on the issue recently.

"On the request of the members, the matter was referred to the prime minister and there has been no progress in this regard," he said, adding that since then, a few religious scholars had issued statements opposing the construction of the temple using public funds.

"There is no question on the temple's construction. The issue is whether or not it can be built using public money." He added that the issue has been sent to the Council of Islamic Ideology.

Qadri said construction had been halted due to technical reasons and issues with the Capital Development Authority.

Pakistan's Minister for Human Rights Shireen Mazari was quoted as saying by Dawn News that it was "unacceptable" to deprive minorities of their places of worship and the rights granted to them under the Constitution.

Pakistan’s authorities must protect the right to freedom of religion and belief for the country’s beleaguered Hindu community, including the construction of temples to exercise that right, Amnesty International said.

The human rights organization’s call came as authorities in Islamabad capitulated to pressure from a discriminatory campaign mounted by politicians, media outlets and clerics to halt the construction of a rare temple in the Pakistani capital.

The boundary wall of the site where the temple is supposed to be constructed has also been torn down by a mob.

“The respect for the right to freedom of religion was promised to Pakistan’s Hindus by the country’s founder, Muhammad Ali Jinnah,"  said Omar Waraich, Head of South Asia at Amnesty International.

"Those who deny a long-marginalized community the right to practise their faith freely not only betray his legacy, but also violate the human rights of religious minorities protected under Pakistan’s constitution and its international human rights obligations,” Omar Waraich said.

“Pakistan claimed positive global attention last year when it opened the Sikh temple at Kartarpur to pilgrims from India. By caving into hateful pressure, it now threatens to reverse that achievement and deepen the discrimination that Pakistan’s Hindu community faces.”

The destruction of the Hindu temple site is yet another example of persistent discrimination faced by the Hindu community in Pakistan.

In recent years, they have faced increasing marginalization, with individuals facing false accusations of “blasphemy” – a crime that carries a mandatory death penalty in Pakistan – attacks on temples and shops, and the horrific abduction, forced conversion and forced marriage of hundreds of young Hindu women.

In 2019, in two separate incidents, mobs attacked Hindu properties and places of worship in the southern Sindh province after allegations of “blasphemy” were made against a Hindu school principal and a Hindu veterinarian.

"The Pakistani authorities must clearly and publicly condemn such acts instead of giving into them. Every reported act of violence against minorities must be promptly investigated and those responsible must be brought to justice. A recurrence can only be prevented if adequate measures are taken," said Omar Waraich.

In Pakistan, “blasphemy” allegations are often made on the basis of little or no evidence.  There is overwhelming evidence that the laws violate human rights and have encouraged people to take the law into their own hands. Once a person is accused, they become ensnared in a system that presumes them guilty and fails to protect them against people willing to use violence.

Prime Minister Imran Khan has made repeated commitments to protect Pakistan’s religious minorities. In February 2020, he said: “I want to warn our people that anyone in Pakistan targeting our non-Muslim citizens or their places of worship will be dealt with strictly. Our minorities are equal citizens of the country.”

“Prime Minister Imran Khan must lend his commitments some weight to ensure religious freedom for all and to ensure that Pakistan’s Hindus and other religious minorities are able to practise their faith freely and without fear,” said Omar Waraich.

Hindus constitute Pakistan’s largest non-Muslim minority, estimated at between two and four per cent of the population. They include members of parliament, a former chief justice, military officers, and prominent names in the arts.

In his article published in The Diplomat, journalist  Kunwar Khuldune Shahid wrote: "Over 8 million Hindus live in the country, according to the Pakistan Hindu Council. To put things into perspective, Pakistan’s Hindu population is larger than the entire populations of half of the countries of the world – despite thousands of Hindus leaving the country, or being forcibly converted to Islam, annually."

He said: "The cause for this blatant marginalization has been Hinduphobia, in the guise of the 'Two Nation Theory' that formed the basis of the Indo-Pak Partition in 1947."

Pakistan’s Hinduphobia is rooted in the paranoid Indian Muslim elite apprehensive about losing their political clout in the 1940s, he said.

"It has been sustained by a similarly paranoid establishment xeroxing jihadists to create post-1971 strategic depth against India. The baton has now been passed on to a paranoid Imran Khan, willing to do whatever is necessary to cling on to power by the skin of his teeth," he said.