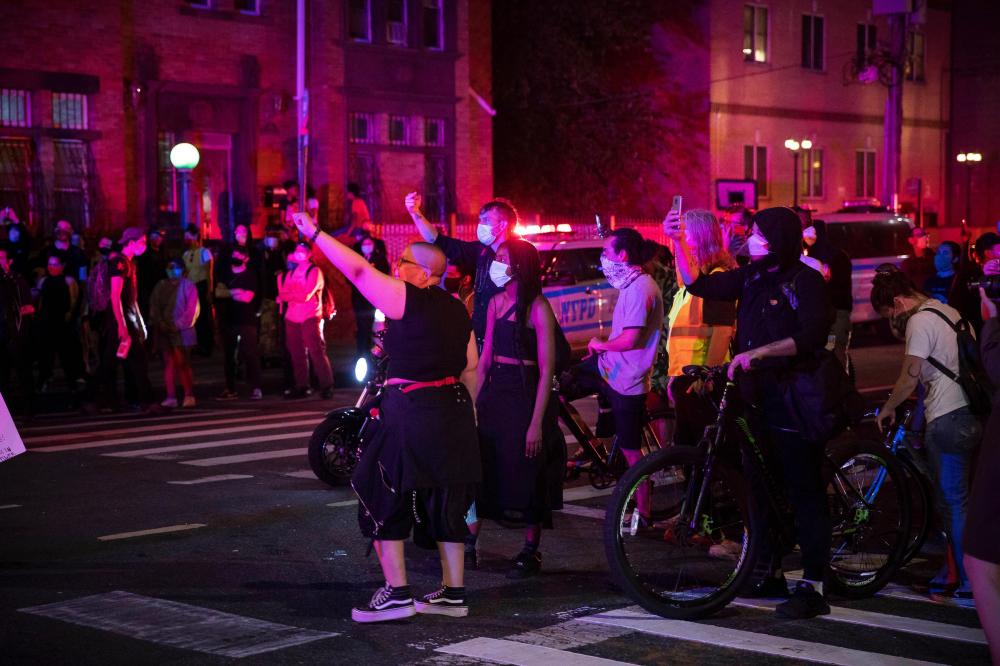 Minneapolis/Sputnik/UNI: About 150 demonstrators have been arrested in Minneapolis for violating the curfew enforced in the city, the Minnesota Department of Public Safety (MnDPS) said.

"About 150 people are being arrested for curfew violations at I-35W and Washington Avenue after ignoring dispersal orders," MnDPS said on Twitter late on Sunday, adding that "Even peaceful protesters who are breaking curfew are subject to arrest."

A Sputnik correspondent reported that protesters in Minneapolis were violating the curfew for the third consecutive day on Sunday. A group of around 200 people blocked a highway but was forced off the road by police. The protesters then headed for the city center.

Earlier on Sunday, the Minnesota Department of Public Safety (MnDPS) said that police had arrested the driver of a truck that rammed into a crowd of protesters in Minneapolis.

Peaceful protests continued in Minneapolis on Sunday, a day after the National Guard used tear gas and rubber bullets to disperse demonstrators protesting against racial discrimination in connection with the death of George Floyd.

Minnesota Governor Tim Walz announced on Saturday that he was fully mobilizing the state's National Guard in response to the protests sparked by the death of George Floyd, an African-American man, who died after Derek Chauvin, a Minneapolis white police officer, pinned unarmed Floyd to the ground with his knee for over eight minutes on Monday. Chauvin has been charged with third-degree murder and second-degree manslaughter. A total of four police officers have been fired in connection with the incident.

Minneapolis Mayor Jacob Frey announced on Friday that a curfew was being imposed in the city and would last through the weekend. The curfew was later extended until Monday morning.