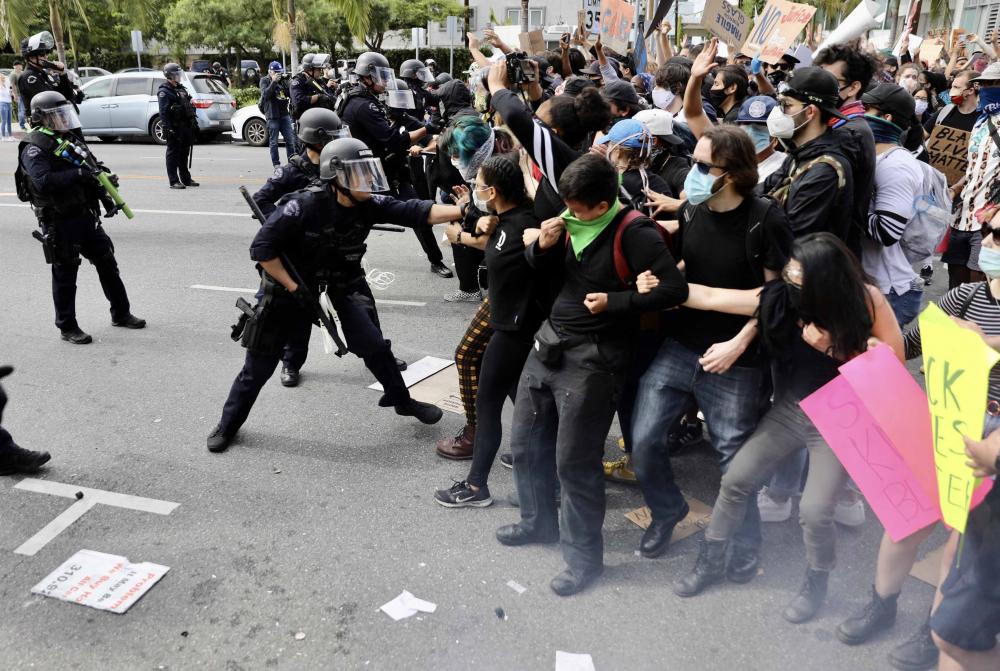 Washington/Sputnik: Thousands of demonstrators have gathered in Washington DC less than two hours ahead of the planned curfew on Monday.

The protest in the US capital appears to be the largest George Floyd gathering in DC. The demonstrators have accumulated near the White House, in front of a fence that separates them from the police cordon, and are chanting "Don’t shoot."

Many of the demonstrators are holding signs saying "No Justice - No Peace" and "White Silence Is Violence." Some of the protesters threw water bottles and other objects at law enforcement officers who responded by using tear gas.

Earlier on Sunday, Washington DC Mayor Muriel Bowser said on Twitter that she was imposing a curfew in the US capital starting from late Sunday until Monday morning amid George Floyd protests. The curfew will come into force starting 11:00 pm local time (03:00 GMT on Sunday).

Earlier, hundreds of people gathered in the center of Washington DC on Sunday, most of them concentrated in Lafayette square. The Lafayette square, adjacent to the Presidential residence, is closed for public.

Washington has been participating in nationwide protests against Floyd’s demise for the third consecutive day. On Friday and Saturday, there were sporadic clashes between protesters and law enforcement officers. Police arrested at least 17 people after the Saturday protests.