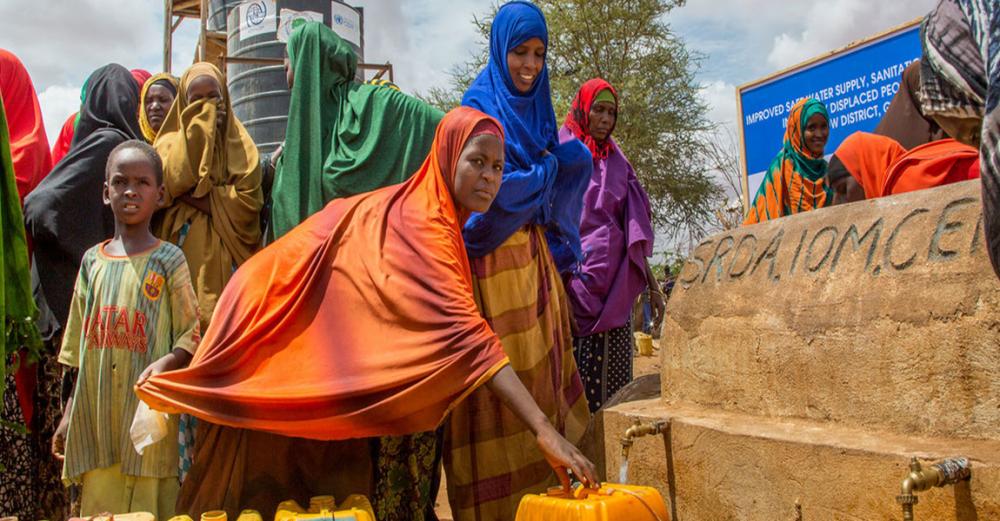 New York : The top United Nations official in Somalia congratulated the Horn of Africa nation on Wednesday for achieving the benchmark set by the World Bank and the International Monetary Fund (IMF), confirming its eligibility for debt relief.

James Swan, Head of the United Nations Assistance Mission for Somalia (UNSOM), said that by reaching the so-called “decision point” for debt relief under the Highly Indebted Poor Countries’ Initiative (HIPC), Somalia has passed an historic milestone on its path to peace and prosperity.

“Achievement of the HIPC decision point is a major step forward for Somalia’s economic progress, allowing the country to advance towards its long-term objective of inclusive economic growth and poverty reduction,” he said in a statement.

“All Somalis can be proud of this achievement,” he added.

The development is welcome news for Somalia – which is carrying $5.2 billion of debt - as it prepares for one-person, one-vote elections later this year against the backdrop of extreme humanitarian challenges.

Some 5.2 million are in need of assistance, alongside ongoing attacks by the Al-Shabaab terrorist group and the worst locust outbreak in 25 years.

It also coincided with a call by the World Bank Group (WBG) and the IMF for all official bilateral creditors to suspend debt payments from the world’s 76 poorest countries and enable them to redirect funds towards confronting the economic fallout from the COVID-19 pandemic.

In a joint statement, the two Washington-based institutions also asked leaders of the G-20 leading economies to task them at their spring meetings on 16 to 17 April with assessing the impact and financing needs of each of the countries, which are part of the International Development Association (IDA).

Swan, who is also the Secretary-General’s Special Representative for Somalia, said that the country’s debt breakthrough was testament to the federal authorities’ ability to manage public finances.  “It also reflects strong collaboration between the Federal Government and the federal member states,” he added. “The World Bank Group and the IMF believe it is imperative at this moment to provide a global sense of relief for developing countries as well as a strong signal to financial markets,” it said.

The World Bank and the IMF established the HIPC Initiative in 1996, to ensure that no poor country finds itself in a situation in which it cannot service and manage its debt burden.

Reaching “decision point” not only confirms Somalia’s eligibility for debt relief, but also fully normalizes its relations with international financial institutions.  It will also now qualify for certain types of grant financing to meet its public finance and development needs and to access private-sector financing instruments.

The second and final step after decision point, known as the completion point, would open the way for full and irrevocable reduction in debt under the HIPC Initiative.

In a press release, the IMF said debt relief for Somalia – the 37th country to reach decision point – would help it make last change for its 15 million people by allowing its debt to be irrevocably reduced from $5.2 billion at the end of 2018 to $557 million once it reaches completion point in about three years’ time.

Photo caption and credit:
WFP/Georgina Goodwin
An IOM supported piped water supply project in a displaced persons camp in Dolow, Somalia. IOM, WFP and other agencies were able to cover the urgent needs of the displaced people in this camp thanks to the support of UNCERF.