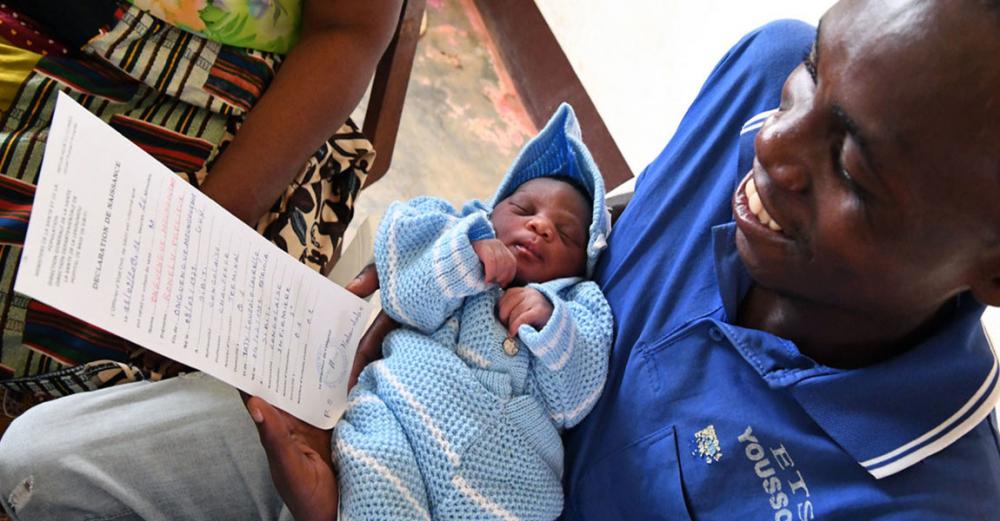 New York: While the number of registered births has significantly increased over the past decade, one quarter of children globally remain unaccounted for, leaving them vulnerable and “invisible”,  the UN Children’s Fund (UNICEF) said on Wednesday.

UNICEF reports that the births of one in four children under-five, or some 166 million children globally, have never been officially recorded.

Too many children are “slipping through the cracks,” said Henrietta Fore, the agency’s Executive Director: “A child not registered at birth is invisible – nonexistent in the eyes of the government or the law,” she explained.

“Without proof of identity, children are often excluded from education, health care and other vital services, and are more vulnerable to exploitation and abuse.”

The findings come in the new report, Birth Registration for Every Child by 2030: Are we on track?   It was released on Wednesday, UNICEF's 73rd birthday.

The report analyzes data from 174 countries, revealing that the proportion of children registered globally is up by around 20 per cent from 10 years ago: rising from 63 per cent to 75 per cent.

Much of that progress is attributed to what UNICEF describes as “great strides” made in South Asia, particularly in Bangladesh, India and Nepal.

In India alone, the number of registered children rose from 41 per cent in 2005-2006, to 80 per cent a decade later. UNICEF has been working with the authorities to prioritize birth registration, including through training community workers and launching public awareness programmes in vulnerable areas.

Meanwhile, the majority of countries in sub-Saharan Africa are falling behind the rest of the world, with three countries in the region—Ethiopia, Zambia and Chad—having the lowest levels of registered births globally.

Countries urged to step up action

UNICEF is pressing Governments to take action, in line with the 2030 Sustainable Development Goals (SDGs) which call for all people to be provided a legal identity, including birth registration.

Nearly one in three countries will need to step up progress urgently to meet this target as they are home to around a third of under-fives globally.

Lack of knowledge on how to register a child’s birth, but also unaffordable registration fees, are some of the barriers which will need to be addressed.  Traditional customs and practices, such as forcing new mothers to stay indoors, may also be a factor.

The report outlines five areas for action, beginning with providing certificates for children at birth, while also empowering parents to register them.

Birth registration should be linked to other systems to facilitate a child’s right to services such as health care and education, and countries should invest in technological solutions which support birth registration.

Finally, UNICEF is calling on local communities to demand birth registration for every child.

© UNICEF/Frank Dejongh
A newborn baby receives her birth certificate at a hospital in the Republic of the Congo.