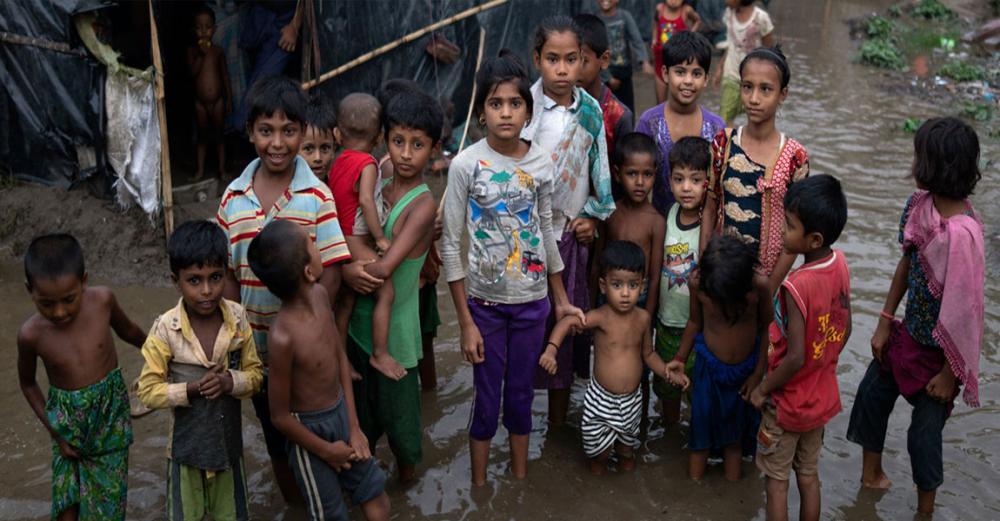 New York: Judges of the International Criminal Court (ICC) on Thursday authorized an investigation into alleged crimes against humanity, namely deportation, which have forced between 600,000 and one million Rohingya refugees out of Myanmar, into neighboring Bangladesh since 2016.

The pre-trial judges “accepted that there exists a reasonable basis to believe widespread and/or systematic acts of violence may have been committed that could qualify as crimes against humanity of deportation across the Myanmar-Bangladesh border” the Court said in a press statement, in addition to “persecution on grounds of ethnicity and/or religion against the Rohingya population.”

This is the second strike against the alleged crimes this week, as the tribunal’s decision follows a Monday submission by Gambia to the UN’s principal judicial organ, the International Court of Justice (ICJ), accusing Myanmar of “mass murder, rape, and genocidal acts” which violate its obligations under the Genocide Convention, in addition to destruction of villages, arbitrary detention, and torture.

As a member to the Genocide prevention treaty, Gambia “refused to stay silent”, and as a member of the Organisation of Islamic Cooperation (OIC), the small African nation has taken legal action to assist the persecuted majority-Muslim Rohingya, with support by other Muslim countries.

While the UN’s ICJ, known as the ‘World Court’, settles disputes submitted by States on a range of matters, the ICC is the world’s only permanent  criminal tribunal with a mandate to investigate and prosecute individuals who participate in international atrocity crimes, including genocide and crimes against humanity.

In July, the ICC’s top Prosecutor, Fatou Bensouda, requested an investigation be open into the alleged crimes committed since October of 2016, concerning Myanmar and Bangladesh.

At that time, her Office’s preliminary examination found “a reasonable basis” to believe that at least 700,00 Rohingya were deported from Myanmar to Bangladesh “through a range of coercive acts causing suffering and serious injury.”

Under the Rome Statute that created the ICC, which highlights crimes against humanity as one of its four crucial international crimes, the top Prosecutor concluded sufficient legal conditions had been met to open an investigation.

While Myanmar is not a State party to the treaty, Bangladesh ratified the Statute in 2010, meaning authorization to investigate does not extend to all crimes potentially committed in Myanmar, but will focus on violations committed in part on Bangladeshi territory, the ICC said in July.

‘Only justice and accountability’ can stop the violence

Judges forming the pre-trial chamber, Judge Olga Herrera Carbuccia, Judge Robert Fremr, and Judge Geofreey Henderson received views on this request by or on behalf of hundreds of thousands of alleged victims.

According to the ICC Registry, victims insist they want an investigation by the Court, and many “believe that only justice and accountability can ensure that the perceived circle of violence and abuse comes to an end.”

“Noting the scale of the alleged crimes and the number of victims allegedly involved, the Chamber considered that the situation clearly reaches the gravity threshold,” the Court said.

The pre-trial Chamber in addition authorized the commencement of the investigation in relation to any crime, including future crime, so long as it is within the jurisdiction of the Court, and is allegedly committed at least in part in the Rome Statute State Party, Bangladesh, or any other territory accepting the jurisdiction.

The alleged crime must also be sufficiently linked to the present situation, and must have been committed on or after the date of the Statute’s entry into force for Bangladesh or the relevant State Party.

Judges from the ICC have given the greenlight for prosecutors to commence collection of necessary evidence, which could result in the judge's issuance of summonses to appear in court or warrants of arrest. Parties to the Statute have a legal obligation to cooperate fully with the ICC, nonmembers invited to cooperate may decide to do so voluntarily.