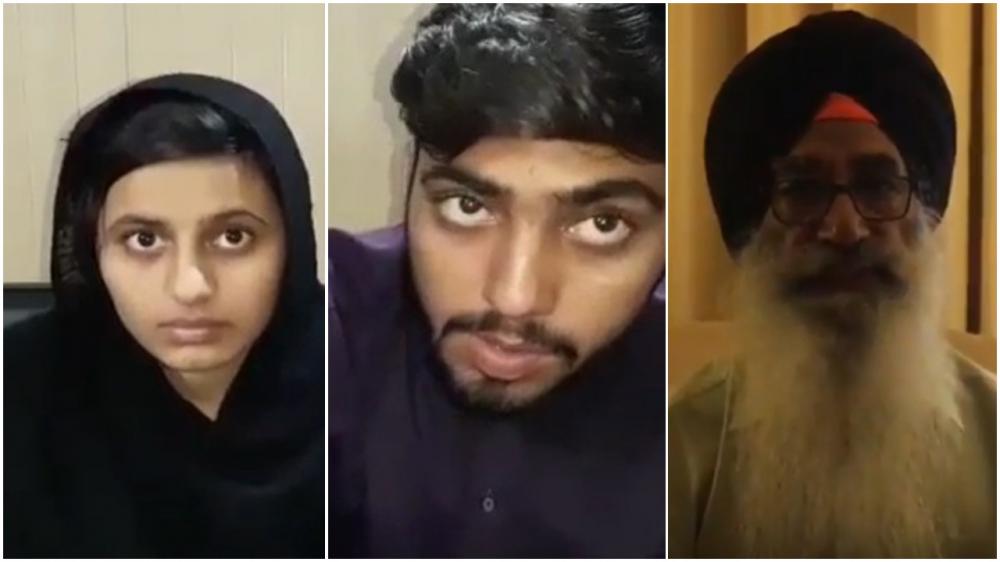 Toronto/Lahore/New Delhi: As Pakistan started fire-fighting after a young Sikh girl was kidnapped and allegedly forcefully converted to Islam before she was married to a Muslim man in the Punjab province of the Islamic nation, a Sikh leader from Canada has threatened to boycott the International Sikh Convention which is scheduled to be held in Lahore on Saturday.

In a video message available with IBNS, Canadian Sikh leader Sardar Gurcharn Singh threatened to boycott the convention to protest against the conversion of the young woman.

Meanwhile, Pakistan has started to dilute the situation amid protests by Sikh community both inside and outside the nation.

A high-level committee, headed by Punjab Law Minister Raja Basharat, has been constituted by the provincial government in order to negotiate with a 30-member committee formed by Pakistan's Sikh community in relation to the case pertaining to the alleged forced conversion of the Sikh girl, it emerged on Friday.

According to a memorandum sent to inspector general of police (IGP) Punjab by the district police officer (DPO) of Nankana Sahib, a First Information Report (FIR) was filed in the Nankana police station on Aug 28 against six people who were accused of abducting and forcefully converting 18-year-old Sikh girl Jagjit Kaur.

The police subsequently traced the suspects to Lahore and detained one of them. Three of the suspects obtained pre-arrest bail while two others are at large, the memorandum said.

The police were subsequently contacted by Sheikh Sultan, who  is supposedly Kaur's advocate, who told them she had embraced Islam, was given the name Ayesha, and then contracted marriage with Mohammad Hassan — one of the main suspects — of her own free will.

Sultan further said that he had filed a writ petition in the Lahore High Court on behalf of Kaur against her family and local police, accusing them of "illegal harassment".

The girl also submitted a written statement in the court, stating that she had converted to Islam and married Hassan of her own free will.  She also accused her family of "wanting to kill her".

She is currently housed in Darul Aman, Lahore, as per the orders of an additional sessions judge.

The DPO, in his memorandum, attached the "relevant documentary and video proof of the nikah and the girl's conversion to Islam". Copies of the documents from the National Database and Registration Authority, which show that Kaur is 19 years of age, and the nikahnama were also attached.

Following the girl's statements in court, the Sikh community has demanded that the police bring her back to her parents' house irrespective of the conversion being forced or consensual.

The DPO informed the IGP that the Sikh community was "agitating against the incident and videos of family of the girl [were] also viral on social media and international media".

"It is requested that concerned quarters may kindly be taken on board so that Sikh community could be engaged and pacified timely as the community has announced to protest if their demand is not honoured," he wrote.

"It is pertinent to mention here that in the backdrop of Indo-Pak tension vis-a-vis Kashmir, any such protest could damage image of the country internationally," he added.

The video of the wedding ceremony of the girl has now become viral on social media. In the video, the girl in a deadpan face is saying that she has embraced Islam and married the Muslim man by her own will even as her family alleged she was forced to do so.

Jagjit Kaur could be seen chanting Quranic verses as recited by a Muslim cleric.  She married a man named Mohammad Ehsaan, as per the video.

The man is a member of terrorist organization Jamaat ud Dawa, sources said.

She said she has been renamed Ayesha after her conversion.

She could be heard saying in the video that she did not bring any jewellery or any crucial property paper from her home.

In the video, the girl could be seen sitting beside Ehsaan.