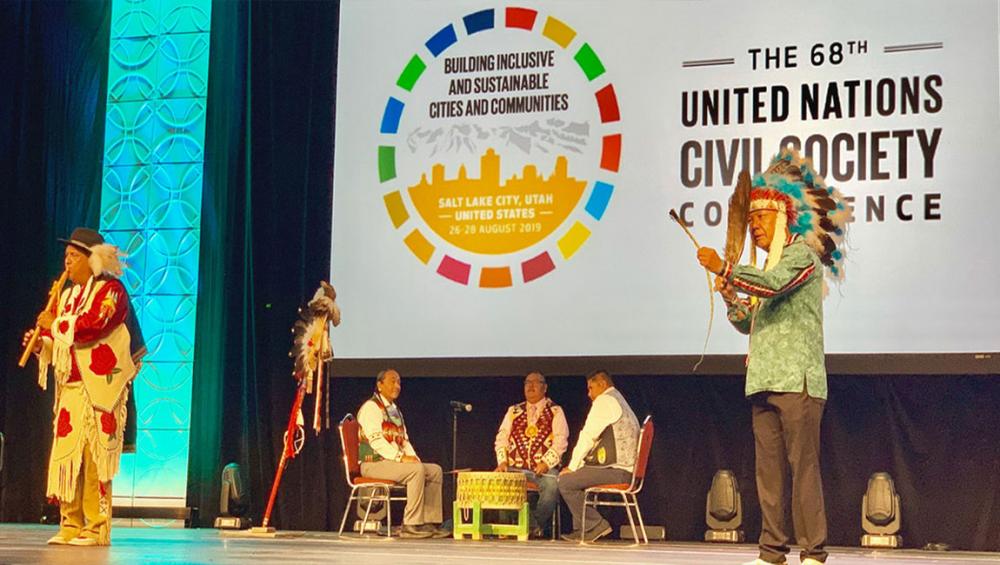 New York, Aug 27 (IBNS): “Well-planned and managed cities can steer us towards inclusive growth and serve as models of harmony among diverse people”, United Nations Secretary-General António Guterres declared in a video message on Monday to delegates at the 68th UN Civil Society Conference, in Salt Lake City, Utah.

The conference, described by the UN as the Organization’s “premier event in the civil society calendar”, opened today and will run through 28 August. It brings together representatives of civil society from around the world, and senior UN officials, to discuss a wide range of solutions to the challenges of urban life and the modern world.

The UN chief welcomed the decision to make inclusive and sustainable cities and communities the focus of this year’s conference, noting that cities are well placed to help combat the global climate emergency and point the way towards sustainable, low-emission development.

At a time when civic space is shrinking worldwide and intolerance is on the rise, Guterres said civil society plays a vital role in solving all global challenges.

A global coalition to transform cities and communities

“We are here to learn from each other, to share ideas and to strengthen a global coalition to transform our cities and communities to be more inclusive and sustainable,” said Alison Smale, the head UN global communications, whose department co-organizes the event.

Smale, speaking at the opening session of the conference, underscored the critical importance of making cities inclusive, sustainable, resilient and safe, if the 2030 Agenda – the UN’s roadmap for tackling global challenges, including how to deal with the complexities of rapid urbanization – is to be achieved by its target date.

The 2019 conference is chaired by Maruxa Cardama, Secretary General of the Partnership for Sustainable, Low Carbon Transport (SLoCaT), who described cities and communities as “living laboratories” where “the challenges and opportunities that are central to the 2030 Agenda for Sustainable Development and the Paris Agreement on Climate Change become tangible”.

Cardama said that cities and communities can provide opportunities to translate major global issues – from climate change, to human rights, education and jobs for youth – into positive local action for improving livelihoods and protecting the planet.

The 2019 conference has been set up to ensure that young people have a large say in the proceedings, holding a co-chair on nearly all planning sub-committees, and developing a separate outcome document for adoption on the final day of the event.

Young people have, said Ms. Smale, “pioneered global movement on the most pressing challenges of our time such as climate change”, and the conference will be an occasion to build momentum for climate action ahead of the UN Secretary-General’s Climate Action Summit, taking place in New York in September.

‘The world can’t wait, and neither will we’

Salt Lake City has been preparing for the conference for over a year, led by Mayor Jackie Biskupski, who declared that cities and local communities have never before played such an important role in the health and well-being of the world.

Cities, she said, are becoming denser, and more diverse in terms of ethnicity, religion, physical ability, sexual orientation, nd economic status, which presents great challenges and tremendous opportunities. Salt Lake City, she added, is innovating and building sustainable solutions to meet the challenges of our time.

“We are creating coalitions with other local communities, NGOs, and businesses, to maximize our impact. There is a phrase my fellow US mayors have begun using regularly. ‘The world can’t wait, and neither will we’”.