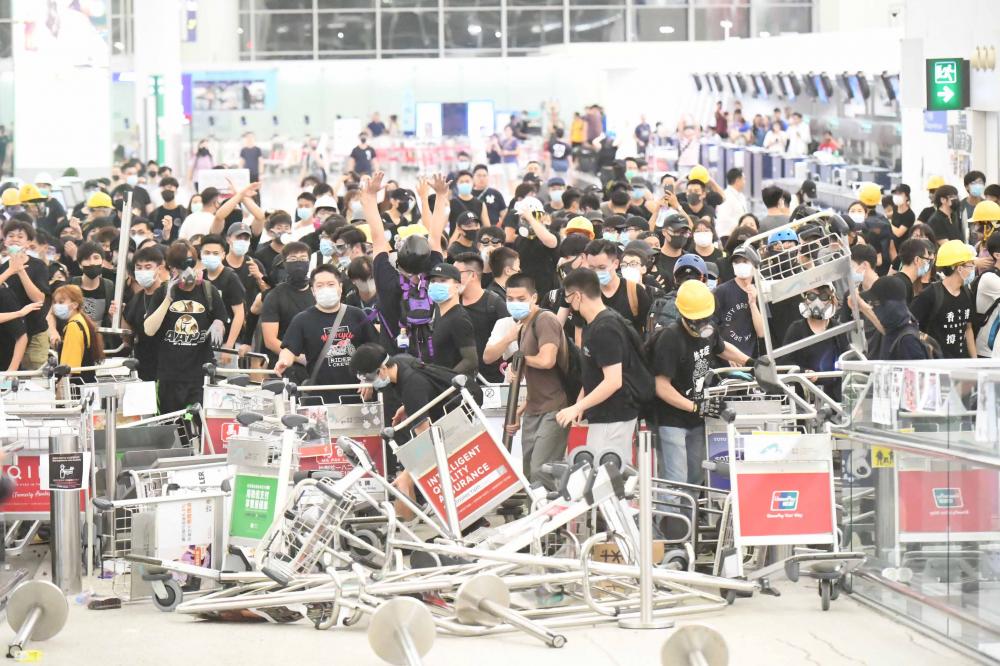 Hong Kong (Sputnik/UNI) Over 1.7 million people have taken part in the anti-government demonstration in Hong Kong on Sunday, the rally’s organizers said.
Earlier in the day, the opposition Civil Human Rights Front organized a mass demonstration in Victoria Park. Even though the police only sanctioned the rally in Victoria Park, the protesters, despite rainy weather, soon left the park to join an unauthorized march.

"There is another large group of people in the central district, which we are unable to count, but I am sure that the total number of participants is much more than 1.7 million people," Jimmy Sham told reporters.


By midnight (16:00 GMT Sunday), almost all the protesters, who had earlier gathered near a complex of government buildings in Admiralty area in the city’s central district, left the site, a Sputnik corespondent reported.


Earlier, they pounded with their umbrellas on the 6.6-foot barriers installed around the Legislative Council building with umbrellas, with separate individuals, amid cheers from the crowd, attempting to climb over them.


They also shone lasers and flashlights at the building, albeit making no radical attempts to break through the barriers. Demonstrators did not block the traffic either. No police officers were seen nearby.


Activists were dressed in black clothing, masks, helmets, with some of them having walkie-talkies or carrying UK and US flags.


After the rally, the crowd took away any garbage produced and urged numerous journalists to go home and "not stage riots."


In total, Hong Kong is home to about 7.5 million people, including about 6 million adults. The Sunday rally is not the first action of such a scale. On June 16 some 2 million joined the protests.


Mass protests erupted in China's semi-autonomous Hong Kong in early June in response to a controversial bill that would allow extraditions to the mainland. Although the local parliament eventually announced that it had suspended the bill, people continue to protest, demanding that it be withdrawn completely. They also want the city authorities to implement universal suffrage and retract criminal charges against protesters.


At first the rallies were peaceful but they subsequently led to violent clashes between the demonstrators and the police.