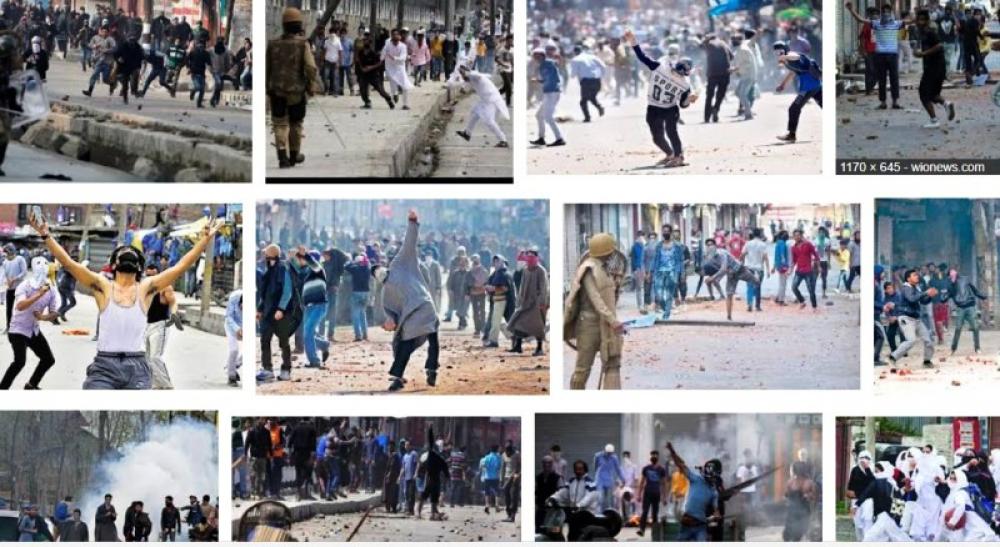 Amsterdam: The human rights report on Kashmir by the Office of the United Nations High Commissioner for Human Rights (OHCHR) glosses over the cross-border terrorism exported by Pakistan while being unreasonably critical of India’s human rights record, said a prominent think tank group of Europe engaged in South Asian studies.

Terming the report as one fraught with methodological and analytical flaws, the Amsterdam-based European Foundation for South Asian Studies (EFSAS) said: "This 49-page report of the High Commissioner for Human Rights Zeid Ra'ad Al Hussein displays a pronounced pro-Pakistan bias in its assessment of the human rights situation on the two sides of the Line of Control. "

While being unfairly and unreasonably critical of India’s human rights record, it glosses over the cross-border terrorism being perpetrated by Pakistan in Jammu & Kashmir that India is defending itself against.

"In the absence of such terrorism exported to India by Pakistan, the OHCHR would in all likelihood not have the occasion to even refer to Jammu & Kashmir, let alone prepare lengthy, motivated reports on it," said EFSAS on the document titled "Report on the Situation of Human Rights in Kashmir: Developments in the Indian State of Jammu and Kashmir from June 2016 to April 2018, and General Human Rights Concerns in Azad Jammu and Kashmir and Gilgit-Baltistan'. 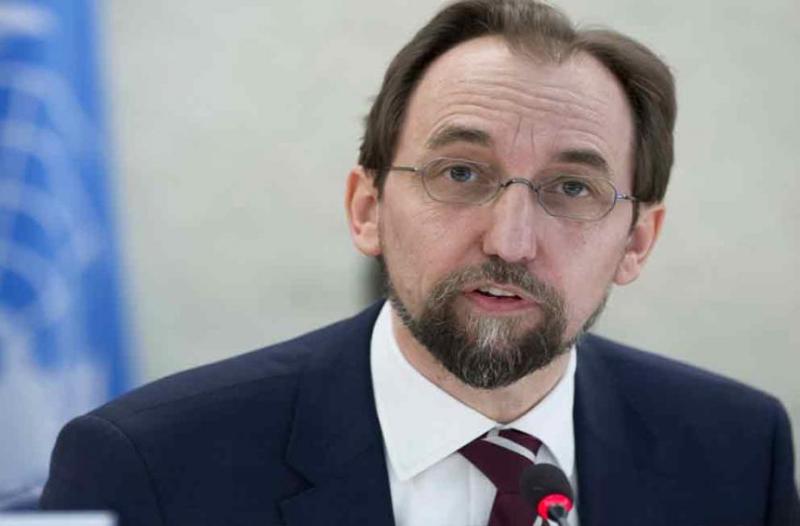 Al Hussein, who authored the OHCHR report, has been accused of bias with EFSAS alleging that he was seen in the company of alleged agents of the Pakistani spy agency, the Inter-Services Intelligence (ISI)

India is at the receiving end of Pakistan exported cross-border terrorism in Kashmir forcing a strong deployment of its armed forces in the territory.

Many Indian soldiers died in guarding the Indian borders with Pakistan while armed forces are also facing regular protests funded by Pakistan, which are violent in nature. Stone pelting is a regular phenomenon in Kashmir as India said stone pelters are sponsored by Pakistan.

The EFSAS has been critical of Al Hussein, the outgoing UN High Commissioner for Human Rights who authored the report, terming it as "motivated by the desire to seek the limelight prior to fading into oblivion in August, when he demits office".

"These reports are borne out by the fact that at the Universal Periodic Review (UPR) at the UNHRC as recently as in May 2017, member countries had been supportive of India’s human rights record," the European think tank group noted.

The Indian government too has been skeptical about Al Hussein's approach.

Questioning the intent in bringing out such a report, a spokesperson for the Indian government told EFSAS: "Our protest and views in the matter have been conveyed unequivocally to the Office of the High Commissioner for Human Rights. We are deeply concerned that individual prejudices are being allowed to undermine the credibility of a UN institution."

According to the Indian government, "The report violates India’s sovereignty and territorial integrity. The entire state of Jammu and Kashmir is an integral part of India. Pakistan is in illegal and forcible occupation of a part of the Indian state through aggression. We have repeatedly called upon Pakistan to vacate the occupied territories. The incorrect description of Indian territory in the report is mischievous, misleading and unacceptable. There are no entities such as Azad Jammu and Kashmir and Gilgit-Baltistan."

India too pointed out the lack of mention of cross-border terror in the OHCHR report and said, "Cross-border terror and incitement is aimed at suppressing the will of the people of Jammu and Kashmir, disrupting its political and social fabric and undermining India's integrity."

"The motivated report deliberately ignores that fundamental rights and freedoms guaranteed under the Constitution to every Indian citizen, including in the state of Jammu and Kashmir, are protected also by an independent judiciary, human rights commissions, free and vibrant media and an active civil society", it said in a strong-worded statement. 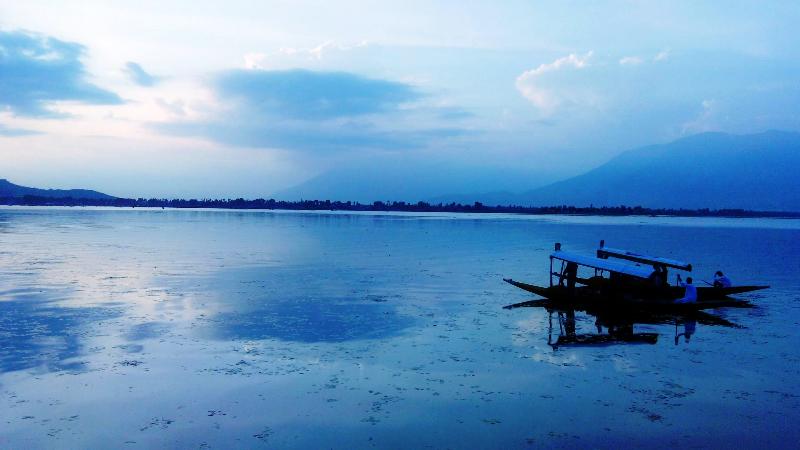 Stating passages from the OHCHR report, the think tank group questioned the author's reluctance in using the word 'terrorist' for groups such as Lashkar-e-Taiba, Jaish-eMohammed and Harakat Ul-Mujahidin, even though the UN itself recognises these as militant groups.

"The terminology used in the report is not only inappropriate for an arm of the UN, but also contradicts that used by the other arms. This blatant disregard by the OHCHR of the sanctity of the UN has only served to detract from the credibility of the already beleaguered world body," it said.

Equally pertinent is that the author has chosen to use terms that are commonly used by Pakistan and disdainfully spurned by India, reflecting a complete lack of neutrality and an affirmative pro-Pakistan bias.

"Despite the report stating that 'three of these armed groups (Lashkar-e-Taiba, Jaish-eMohammed and Harakat Ul-Mujahidin) are listed on the Security Council 'ISIL (Da'esh) & Al-Qaida Sanctions List' for their activities in Indian-Administered Kashmir among other places", Al Hussein steadfastly refuses to acknowledge that these outfits are terrorist organizations and mischievously chooses instead to term them as "armed groups" as many as 38 times in his report," it said.

His attempted whitewashing of HM terrorist Burhan Wani's death as that of a leader's, too, has not gone down well with the EFSAS.

"HM, which has been designated as a terrorist organization by the United States, the European Union and India, is widely ascribed with the dubious distinction of bringing an Islamic ideology to the Jammu & Kashmir dynamic," it said.

"Similarly, what India believes is Pakistan-occupied Kashmir (PoK) has been described as "Azad Jammu and Kashmir" 26 times in the report. This latter term, which was coined by Pakistan and is used by it, is abhorred by India.

The think tank group has also condemned Al Hussein for overtly disrespecting the United Nations Human Rights Council and for disregarding the peril and concern of several Pakistan and Pakistan Occupied Kashmir-based human rights activists and NGOs, who, not only risk their lives but, also their family's.

"In addition to the above, Al Hussein has shown the ultimate disrespect for the UNHRC, an organization he is mandated with guiding, by completely disregarding the valuable information that is made available to it at the various sessions it hosts every year," it said.

"Several of the Pakistan and PoK-based human rights activists and representatives of NGOs who are brave enough to appear at these sessions do so at great risk to their lives, as also that of their family members back in Pakistan and PoK. They provide invaluable insights into the atrocities committed by the Pakistani State in PoK, but their expectation of redressal by the premier world body for human rights has been shattered by the plea of lack of adequate information taken by the OHCHR report.

"That the OHCHR report takes no cognizance of the vast amounts of information, a sizeable portion of it based on first-hand experiences shared at the UNHRC sessions, renders both the credibility of the report and the motive of its author highly suspect.

"That such suspicion was well-founded was established just a few days after the report was released. A photograph of Al Hussein in the company of alleged agents of the Pakistani spy agency, the Inter-Services Intelligence (ISI), taken a few hours after the report’s release, appeared in the media," it added.

Though the EFSAS maintained that the need to uphold human rights is universal and paramount, it said that Al Hussein's report fails to convey this simple message due to its bias.