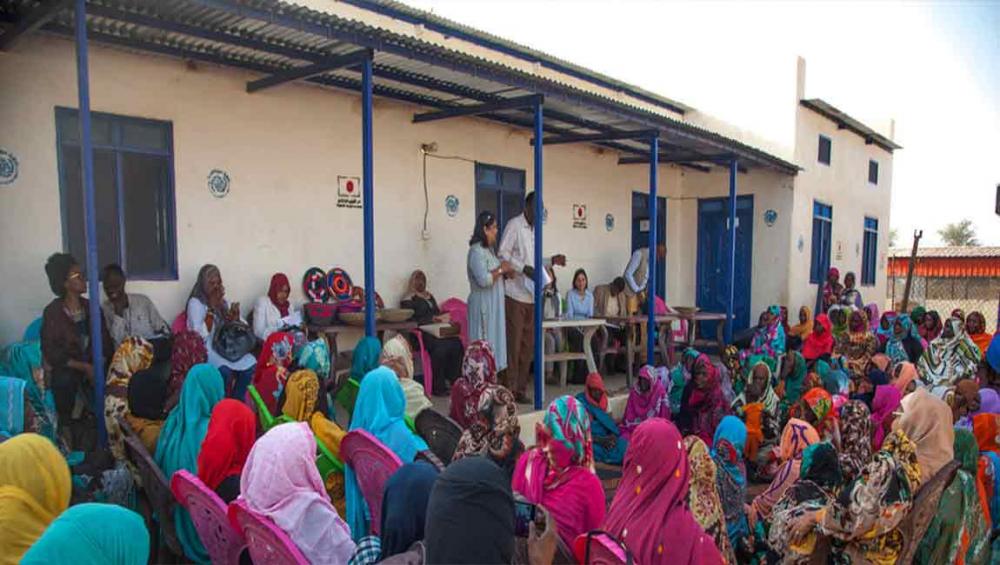 New York: A senior United Nations official has stressed the need to ensure survivors of conflict-related sexual violence in Iraq are fully protected and that perpetrators are brought to justice.

Pramila Patten, the Special Representative of the Secretary-General on Sexual Violence in Conflict, this week concluded a visit to the country, where thousands of women and girls have suffered at the hands of the extremist group the Islamic State of Iraq and the Levant (ISIL or Da’esh).

She undertook an eight-day mission to Iraq, which ended on Monday, prior to which she was in Sudan from 18 to 25 February.

In Iraq, Ms. Patten met with Prime Minister Haider al-Abadi and other Government officials in the cities of Baghdad, Erbil and Mosul, as well as with civil society groups, religious leaders and other stakeholders.

“I heard first-hand the heart-wrenching accounts of survivors of Da’esh sexual violence,” she told journalists at UN Headquarters in New York on Friday.

“Many of the women who remain displaced expressed serious safety concerns regarding their return to their homes due to activity from different militia groups and the reported presence of former Da’esh combatants within their community. Sunni women in particular shared their fear of reprisals on account of the wrong perception of affiliation with Da’esh.”

Patten characterised the plight of survivors who have returned home with children fathered by the extremists as “extremely disturbing.”

“While some religious leaders may show some empathy, the tribal leaders display a profound reluctance to accept children born of rape. And I was informed by the provincial authorities of Mosul of the setup of different orphanages with thousands of children,” she said.

Patten was invited to Iraq by the Government, which in 2016 signed an agreement with the UN aimed at preventing and addressing conflict-related violence.

It envisions support in areas such as evidence collection, strengthening of the legal framework and victim compensation.

In her talks with the authorities, Patten said she stressed the importance of ensuring that alleged Da’esh perpetrators are held accountable – not only for terrorism-related charges but also for sexual violence crimes.

Regarding Sudan, Ms. Patten said her visit marked the first time the UN Office of the Special Representative of the Secretary-General on Sexual Violence in Conflict has been invited to the country.

She travelled to the capital, Khartoum, and two states in Darfur, where millions are still living in camps more than a decade after fighting broke out between armed rebel groups and Government forces and allied militias.

Despite an apparent improved security situation in the province, Patten said talks with displaced women and girls in two camps revealed how precarious things are there.

“I learned that the women and girls are especially at risk of sex violence when they step out of the camps, especially to pursue their livelihood activities,” she said.

“In El Genaina (capital of West Darfur state), I heard from women who are unable to return to their pre-war homes due to security concerns and fear of being raped. In addition, some women told me about sexual violence committed in the context of intercommunal conflicts over land and natural resources,” she said.

And in that regard, she said the initiative of the Government to collect illegal arms and ammunition “is quite positive and is a critical measure in the right direction to improve the security of women and girls.”

However, Patten noted there is what she described as “a deep-seated culture of denial of sexual violence” in Sudan, making it difficult to address the crime.

She hoped one outcome of her visit will be the country’s adoption of a cooperation framework with the UN to address conflict-related sexual violence.

Her proposal is that it will focus on five areas, including survivors’ access to medical, psycho-social and legal services; security sector training and engagement with religious leaders and civil society.