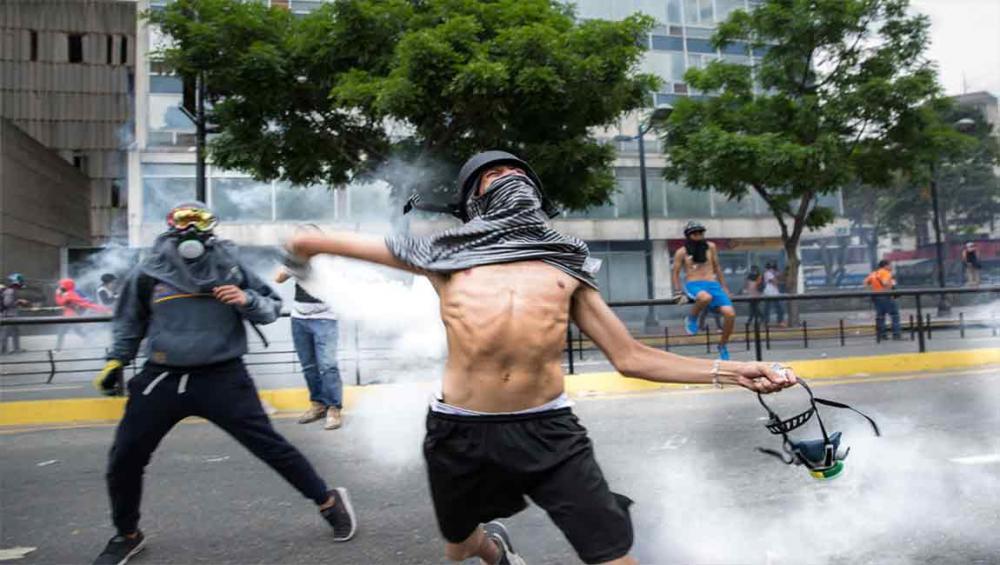 New York, Aug 30(Just Earth News): Extensive human rights violations and abuses have been committed in the wake of anti-Government protests in Venezuela and point to “the existence of a policy to repress political dissent and instill fear in the population to curb demonstrations,” a report by the United Nations human rights office has found.

“The policies pursued by the authorities in their response to the protests have been at the cost of Venezuelans' rights and freedoms,” said UN High Commissioner for Human Rights Zeid Ra'ad Al Hussein in a news release issued on Wednesday.

The report notes that the generalized and systematic use of excessive force during demonstrations and the arbitrary detention of protestors and perceived political opponents indicate that these were not the acts of isolated officials.

The report calls on the UN Human Rights Council to consider taking measures to prevent the human rights situation in Venezuela from worsening. Venezuela is currently a Council member.

Mass street demonstrations began in the country in April. Tensions between the Government and the opposition reached a new high about a month ago, when President Nicolás Maduro convened elections for the so-called Constituent Assembly, which could replace the current legislative body, the National Assembly.

The report indicates that of the 124 deaths linked to the protests being investigated by the Attorney General's Office as of 31 July, the security forces were reportedly responsible for 46 and pro-Government armed groups, known as armed colectivos, for 27. Responsibility for the remaining 51 deaths has not yet been determined.

According to reliable estimates from a local NGO, more than 5,000 people were detained since 1 April, with more than 1,000 reportedly still held as of 31 July. At least 609 civilians arrested in the context of protests were presented before military tribunals. The report calls on the Government to halt arbitrary detention and the use of military courts to try civilians.

The report documents attacks against journalists and media workers by security forces that were apparently aimed at preventing them from covering demonstrations.

“Demonstrators and journalists were labelled by high-level authorities as 'enemies' and 'terrorists' – words that did little to counter, and may even have contributed to, the climate of violence and polarization,” the High Commissioner said.

Warning that amid continuing economic and social crises and rising political tensions, there is a grave risk the situation in Venezuela will deteriorate further, Zeid encouraged the Government to follow up on the recommendations made in the report and to use its findings as guidelines to seek truth and justice for the victims of human rights violations and abuses.