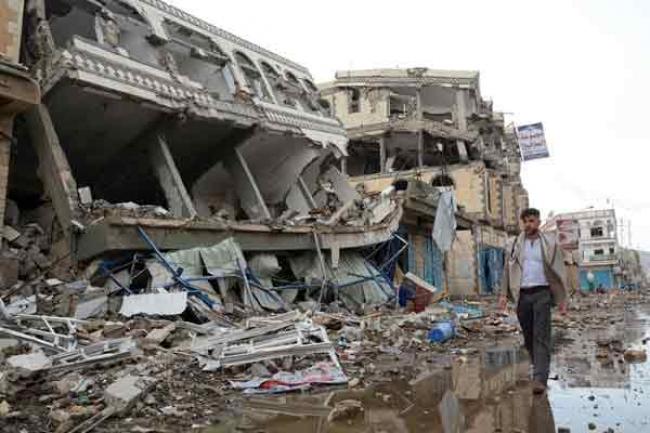 New York, Aug 25 (Just Earth News): Underlining the seriousness of alleged breaches of international humanitarian law and international human rights law in Yemen, the United Nations High Commissioner for Human Rights has called on the international community to establish an international, independent body to carry out comprehensive investigations in the country.

“[Civilians in Yemen] continue to suffer, absent any form of accountability and justice, while those responsible for the violations and abuses against them enjoy impunity,” High Commissioner Zeid Ra'ad Al Hussein said on Thursday in a news release issued by his office (OHCHR). “Such a manifestly, protractedly unjust situation must no longer be tolerated by the international community,” he added. The UN human rights chief's call comes as his office (OHCHR) released on Thursday, a report on the situation of human rights in the country which outlines a number of serious allegations of violations and abuses committed by all sides to the conflict in Yemen and highlights in particular their impact on civilian lives, health and infrastructure. It contains examples of the kinds of possible violations that have occurred between 1 July 2015 and 30 June 2016, including attacks on residential areas, marketplaces, medical and educational facilities, and public and private infrastructure; the use of landmines and cluster bombs; sniper attacks against civilians; deprivation of liberty, targeted killings, the recruitment and use of children in hostilities, and forced evictions and displacement. “The perpetuation of the conflict and its consequences on the population in Yemen are devastating,” the report stated, adding: “The international community has a legal and moral duty to take urgent steps to alleviate the appalling levels of human despair.” The report also noted that in several of the documented military attacks, OHCHR was unable to identify the presence of possible military objectives. “In numerous situations where military targets could be identified, there remain serious concerns as to whether the incidental loss of civilian life, injury to civilians and damage to civilian objects that could be expected from the attack were not excessive in relation to the anticipated concrete and direct military advantage apparently sought,” it added. Furthermore, while a national commission of inquiry was established in September 2015 by the President of Yemen, the report found that the commission did not enjoy the cooperation of all concerned parties and could not operate in all parts of the country. “It was thus unable to implement its mandate in accordance with international standards,” said the news release. It further noted that the High Commissioner also urged all parties to the conflict to work towards a negotiated and durable solution to the conflict in the best interest of the Yemeni people and to ensure full respect for international humanitarian law. According to the UN human rights arm, between March 2015 and 23 August 2016, an estimated 3,799 civilians have been killed and 6,711 injured as result of the war in Yemen. Furthermore, at least 7.6 million people, including three million women and children are currently suffering from malnutrition and at least three million people have been forced to flee their homes. Following nearly 16 months of conflict in Yemen, the cessation of hostilities was declared on 10 April. While peace talks between a Yemeni Government delegation and a delegation of the General People's Congress and Ansar Allah continued, serious violations have occurred in Marib, al Jawf, Taiz and in the border areas with Saudi Arabia. Those UN-facilitated talks ended on 6 August.