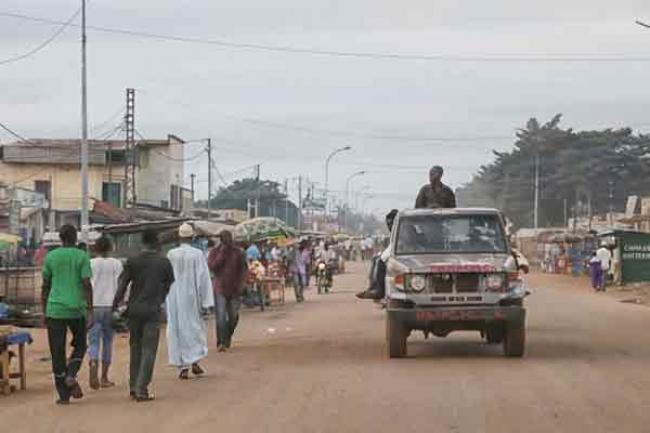 New York, June 8 (Just Earth News): United Nations Secretary-General Ban Ki-moon has said he has taken note of the release earlier this week of a report by Human Rights Watch on the Central African Republic (CAR), stating that he shares the non-profit organization’s concerns regarding impunity for human rights violations.

In a note to correspondents released by his office last night, the Secretary-General said that in the case of the allegations against troops by the Republic of Congo in CAR, he expects that the Republic of Congo will ensure that the perpetrators of these crimes are held fully accountable. The note underscored that since the allegations first came to light in 2014, the UN has been actively engaged, at various levels, including the Office of the UN High Commissioner for Human Rights (OHCHR) and the Departments of Peacekeeping Operations (DPKO) and Field Support (DFS), with the African Union and the Republic of Congo authorities on the issue through a variety of formal and informal channels. The Security Council was also informed through the Secretary-General’s report of the International Commission of Inquiry on the Central African Republic (December 2014). The Secretary-General and the UN will continue to follow up on these cases, as they have been doing over the course of the past two years, according to the note. The note also included a summary of actions taken by the UN concerning the events described in the Human Rights Watch report, which took place from 2013 to 2015. Regarding the reported disappearance of 11 people in March 2014 in Boali, CAR, while in the custody of Republic of Congo peacekeepers serving under the African-led International Support Mission to the Central African Republic (MISCA), the note said the occurrence was investigated by the UN’s human rights staff in CAR, who conducted three investigation missions to ascertain the facts, the first one in July 2014. The results of the UN human rights investigations were provided to the host authorities and later to the Security Council through the International Commission of Inquiry’s report. The implicated Republic of Congo unit was repatriated before the transfer of authority to the UN and was not “re-hatted” when the mission became a UN peacekeeping operation in September 2014, the note said. The UN was not informed of the exhumation of the mass grave in February 2016, according to the details provided. The protection of this burial site is a national responsibility and the Mission provided all information it had gathered during its investigations to the CAR authorities, the note stressed. Turning to the reported killing of two individuals in June 2015 in Mambere, CAR, by Republic of Congo peacekeepers serving under the UN Multidimensional Integrated Stabilisation Mission in CAR (MINUSCA), the note said the incident was investigated promptly by MINUSCA, with the Mission publically reporting the facts on 10 June 2015 in a press release. Twenty contingent members of the Republic of Congo, including two commanding officers, were repatriated on disciplinary grounds and banned from future service with UN peace operations. A Headquarters-led Board of Inquiry was convened by DFS in April 2016 and its findings will be made public soon, the note said. The note also said that in May 2016, the UN received preliminary information from Republic of Congo authorities on various investigative and judicial processes that are under way, as well as interim disciplinary measures that have been imposed on individuals and commanders implicated in these incidents. In a note verbale dated 12 May, the Republic of Congo expressed “profound regret” and pledged to ensure that justice will be done. The UN continues to follow up actively on the outcome of these processes, the note to correspondents said.