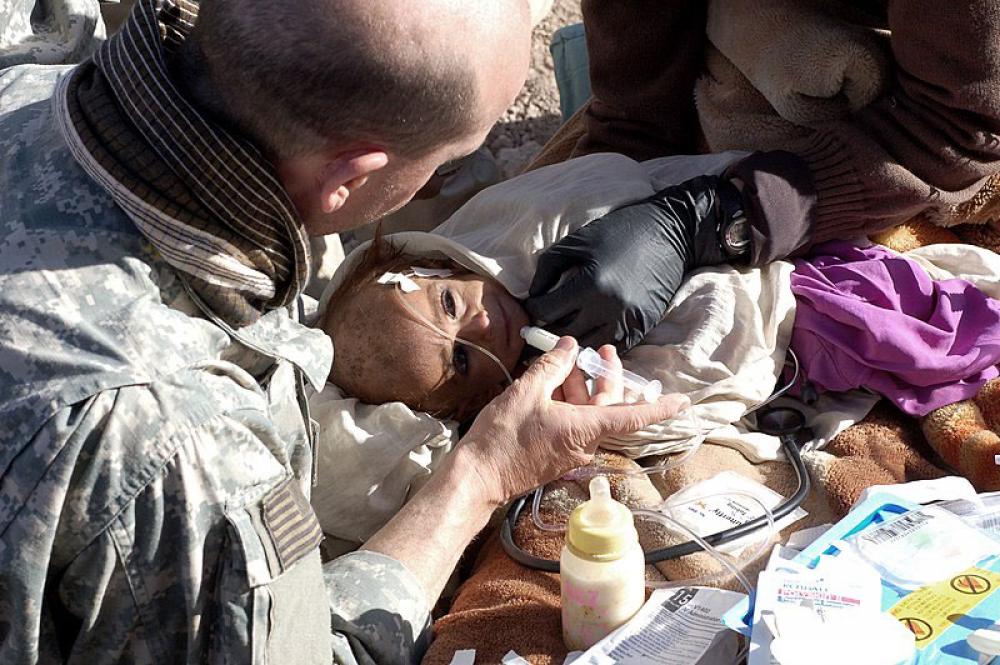 File photo by US Air Force via Wikimedia Creative Commons

Kabul: UNICEF Afghanistan has warned that one million Afghan children could die from severe acute malnutrition if “urgent” actions were not initiated to protect them.

is providing high energy peanut paste to children to support their recovery."

Afghanistan is facing a severe economic crisis for a long period of time now.

Afghanistan witnessed a change in political situation last year when the Taliban captured the country.

The Taliban captured the nation in a swift pace ever since the foreign forces started leaving the war-ravaged country.