Rights
Child Rights
One in six children living in extreme poverty, with figure set to rise during pandemic 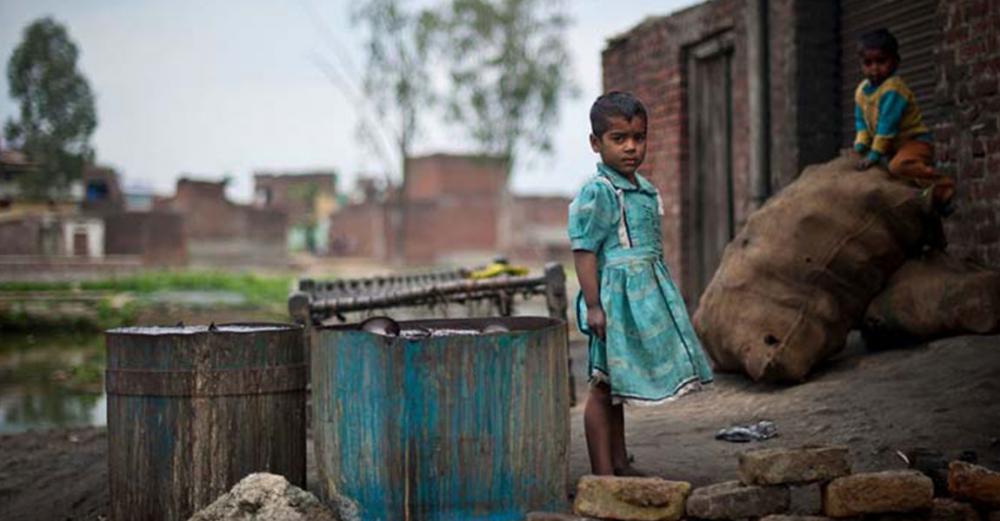 New York: An estimated one in six children – or 356 million globally – were living in extreme poverty before the COVID-19 pandemic began, and this is set to worsen significantly, according to a new World Bank Group and UN Children’s Fund (UNICEF) analysis released on Tuesday.

Global Estimate of Children in Monetary Poverty: An Update, notes that sub-Saharan Africa, with its limited social safety nets, accounts for two-thirds of children living in households that struggle to survive on an average of $1.90 a day or less per person – the international measure for extreme poverty, while South Asia accounts for nearly a fifth of these children.

The analysis shows that the number living in extreme poverty decreased moderately, by 29 million, between 2013 and 2017. However, UNICEF and the World Bank Group warn that any progress made in recent years, has been “slow-paced, unequally distributed, and at risk” due to the economic impact of the pandemic.

“These numbers alone should shock anyone. And the scale and depth of what we know about the financial hardships brought on by the pandemic, are only set to make matters far worse. Governments urgently need a children’s recovery plan to prevent countless more children and their families from reaching levels of poverty unseen for many, many years.”

Although children make up around a third of the global population, around half of the extreme poor are children. Furthermore, they are more than twice as likely to be extremely poor as adults.

The youngest children are the worst off – nearly 20 per cent of all of them below the age of 5 in the developing world, live in extremely poor households, the report highlights.

“The fact that one in six children were living in extreme poverty and that 50 per cent of the global extreme poor were children, even prior to the COVID-19 pandemic, is of grave concern to us all,” said Carolina Sánchez-Páramo, Global Director of Poverty and Equity for the World Bank.

“Extreme poverty deprives hundreds of millions of children of the opportunity to reach their potential, in terms of physical and cognitive development, and threatens their ability to get good jobs in adulthood.

“In the wake of the massive economic disruption caused by the pandemic, it is more crucial than ever that governments support poor households with children now and rebuild their human capital during the recovery.”

Extreme poverty among children has not fallen as much as it has for adults, and a larger share of the global poor were children in 2017, compared with the 2013 figure.

All regions of the world experienced varying levels of decline in extreme poverty among children, apart from Sub-Saharan Africa, which saw a 64 million increase in the absolute number of children struggling to survive on $1.90 a day, from 170 million in 2013 to 234 million in 2017.

The ongoing COVID-19 crisis will continue to disproportionately impact children, women and girls, threatening to reverse hard-won gains towards gender equality, the report predicts, which great social protection has a crucial role to play to improve coping mechanisms for the poor and vulnerable in both the immediate COVID-19 response as well as the longer-term recovery.

World Bank and UNICEF data suggest that most countries have responded to the crisis by expanding social protection programmes, particularly cash transfers, which provide a platform for longer-term investments in human capital.

In for the long haul

However, many of the responses are short-term and not adequate to respond to the size and expected long-term nature of the recovery, says the report.

It is more important than ever for governments to scale up and adjust their social protection systems and programmes to prepare for future shocks, including innovations for financial sustainability; strengthening legal and institutional frameworks; protecting human capital; expanding child and family benefits for the long term; as well as investing in family-friendly policies, such as paid parental leave and quality child care for all.