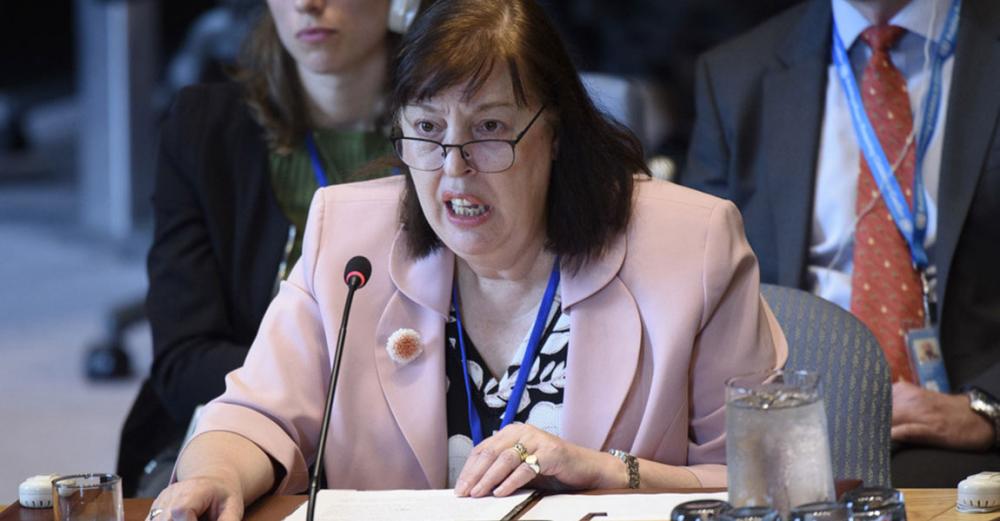 New York : While warring parties agreed to more than 30 action plans, road maps, command orders and other measures to better protect children in 2019 – the highest number in any one year – rape and other forms of sexual violence remain vastly under-reported, including against boys, the leading UN advocate on the issue told the Security Council on Tuesday.

Virginia Gamba, the UN Special Representative on Children and Armed Conflict, blamed “the fear of stigma and retaliation, involvement of powerful perpetrators and lack of services for survivors”, all of which discourage children and their families from reporting violations and seeking justice.  Over 730 cases of sexual violence were verified during last year.

This violation is one of several trends outlined in the Secretary-General’s latest report on the impact of armed conflict on children, which Ms. Gamba presented to the Council.

More disturbing still, she said the number of cases attributed to State and non-state actors are similar, despite an increasing number of parties having signed commitments with the UN to end this violation. “Numbers seem not to be dropping,” Ms. Gamba attested.

Stronger accountability mechanisms and systematic care services for survivors are needed to decisively address this scourge. She said it is also critical for armed forces to strengthen their training to prevent such abuse, and for prevention measures to be adequately reflected in legislation criminalizing sexual violence.

“The voice and support of this Council can be instrumental in supporting these children,” Henrietta Fore, Executive Director of the UN Children’s Fund (UNICEF), added, explaining that over the last 15 years, the Monitoring and Reporting Mechanism established by resolution 1612 (2005) documented a shocking 250,000 grave violations against children in armed conflict. Among them were incidents of rape and sexual violence against over 15,000 children.
More than 77,000 children were recruited and used during armed conflict and over 100,000 children killed and maimed. The Mechanism also reported the abduction of over 25,000 children, nearly 17,000 attacks on schools and hospitals, and nearly 11,000 incidents of denial of humanitarian access. “And these are just the verified cases,” she said. “The actual numbers are certainly much higher.”

The Optional Protocol on the involvement of children in armed conflict — ratified by 170 countries – is just one of several instruments that Governments can adopt and implement to help bring these figures down.

She called on the Council to use its influence to urge the 50 parties to conflict who have not yet signed actions plans to do so. “Children are not pawns or bargaining chips”, she said.  “This must stop.”

In a Press Statement issued after the debate, the members of the Security Council welcomed the efforts of its Working Group on Children and Armed Conflict, established by resolution 1612,  adopted fifteen years ago.

The 15-member body reaffirmed that "quality education provided in a safe environment" in conflict areas, is "essential in halting and preventing recruitment and re-recruitment of children contrary to the obligations of parties to conflict."

The members of the Security Council further welcomed the continued strengthening of the Monitoring and Reporting Mechanism also established by resolution 1612, and commended the role of UNICEF and other UN entities at the field level.

They called on States and the UN "to mainstream child protection into all relevant activities in conflict prevention, conflict and post-conflict situations with the aim of sustaining peace and preventing conflict."

Members also reaffirmed their support for the Special Representative of the Secretary-General for Children and Armed Conflict in carrying out her mandate, in accordance with relevant Security Council resolutions.