Rights
Child Rights
‘Childhood is changing, and so must we’, UNICEF declares, as world marks historic convention 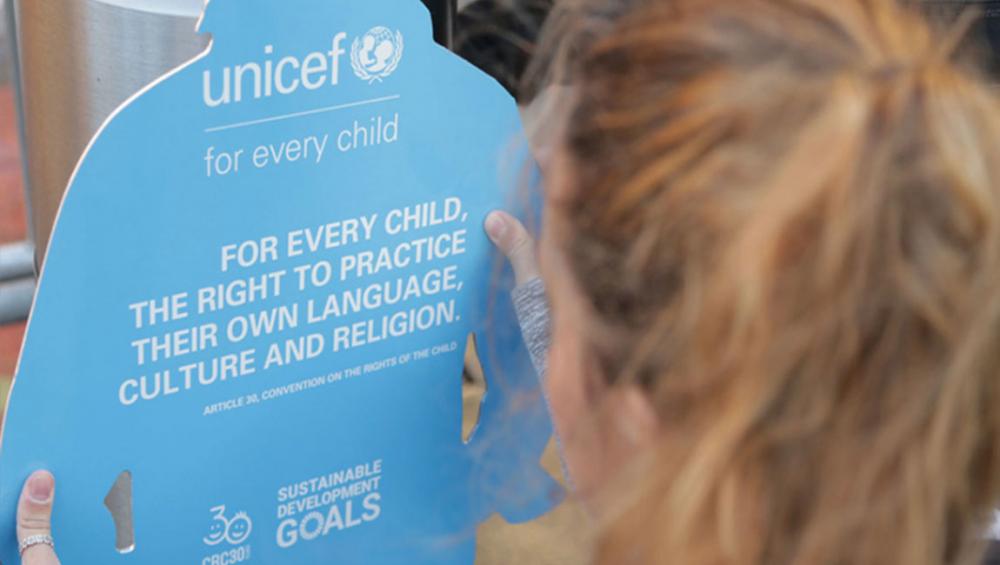 New York: Since its adoption 30 years ago, the milestone Convention of the Rights of the Child and its near universal membership has created “unprecedented international solidarity around children’s rights,'' the Secretary-General said at a commemorative event an UN Headquarters on Wednesday.

The Convention is the most widely-ratified international human rights accord in history; a landmark achievement which meant “for the first time, governments explicitly recognized that children have the same human rights as adults”, UN chief António Guterres said, adding that the document put in the spotlight the “specific additional rights that recognize their special status as dependents.”

The high-level meeting at the 74th session of the UN General Assembly was geared towards celebrating the 30th anniversary of the Rights of the Child, highlighting progress made in the advancement of healthy and sustainable livelihoods, and a call to action for Member States to strengthen their commitments to the cause while recognizing new challenges.

To date, 196 countries have ratified the convention, with the exception of the United States of America, which has nonetheless signaled its intention to ratify with its signature.

Government actions and inactions, the Secretary-General noted, “have a greater impact on children than on any other group in society.” He urged all UN Member States “to give it their full backing.”

Since the Convention was born­, more children than ever before are receiving necessary protection and support: deaths of children under the age of five have fallen by half, and so has the number of children without adequate nutrition.

The UN’s Committee on the Rights of the Child works to monitor how well governments are setting and meeting the standards for children’s rights outlined in the Convention. This entails regular progress reports submitted by States within two years of ratification, and every five years thereafter, to which the Committee responds with country-appropriate recommendations for improvement.

Despite positive trends in child rights, there is tremendous room for improvement; and actions must adapt to meet the new challenges children and youth face in the modern world.

Director of the UN Children’s Fund (UNICEF), Henrietta Fore, also speaking at the event, highlighted that the changes children face today “were unimaginable to children in 1989”, pointing to a changing climate, rising inequality, and protracted conflicts as drivers of the new wave of young advocates.

Looking forward, countries must invest in “those who carry the future forward”, and not only listen to children and young people, “but work with them to achieve the change they want to see.”

“Let us support them, let us take action with them, and 30 years from now let us look back on this time as a time when the world committed, and put concrete programs in place to keep our promises to children and young people” she maintained.

Photo caption and credit:
UNICEF
A girl holds a cutout set up as part of a UNICEF installation highlighting the Convention on the Rights of the Child (CRC), displayed outside United Nations Headquarters.