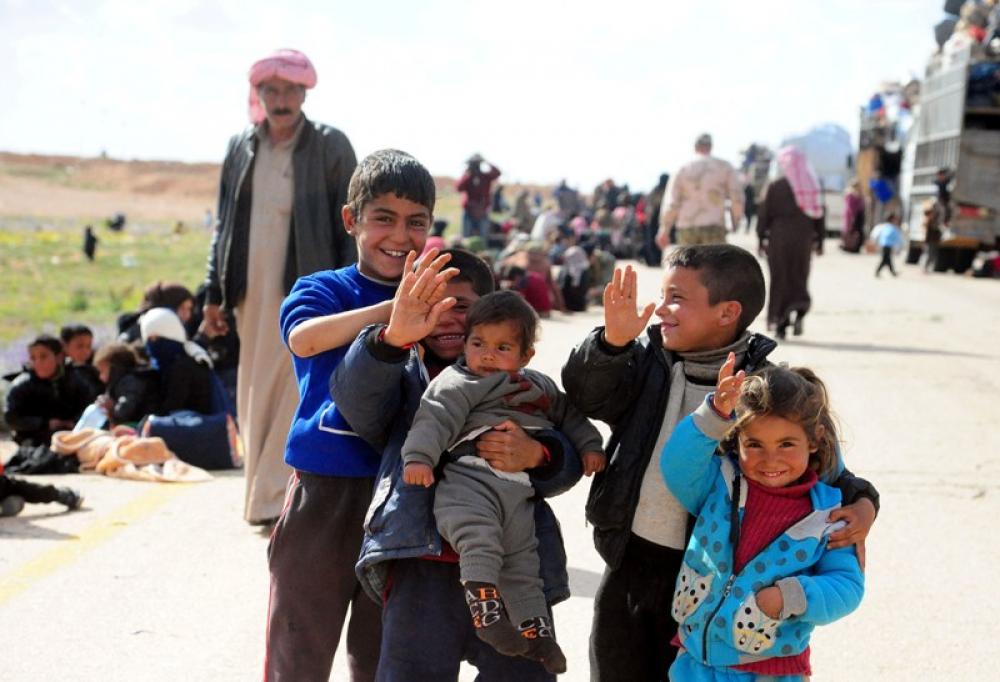 HOMS, April 5, 2019 (Xinhua) -- Displaced people arrive at the Jlaighem crossing in east Homs Province, central Syria, on April 4, 2019. Dozens of displaced families on Thursday left the Rukban camp in southeast Syria and arrived at the Jlaighem crossing in the Syrian Desert, state news agency SANA reported. The Rukban camp is home to 50,000 displaced Syrians, who are suffering cold weather and lack of supplies. 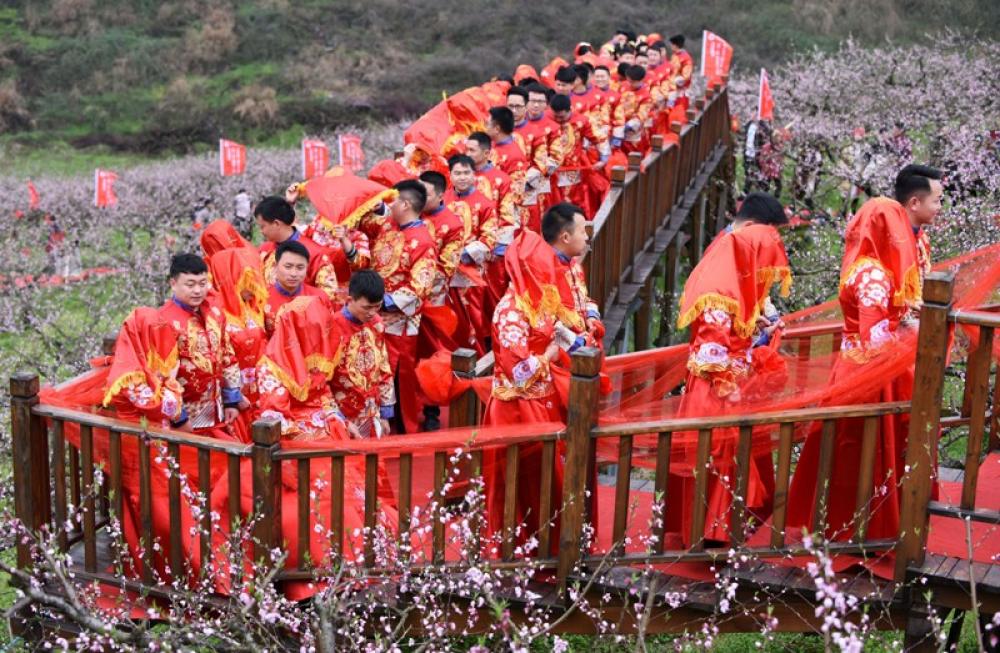 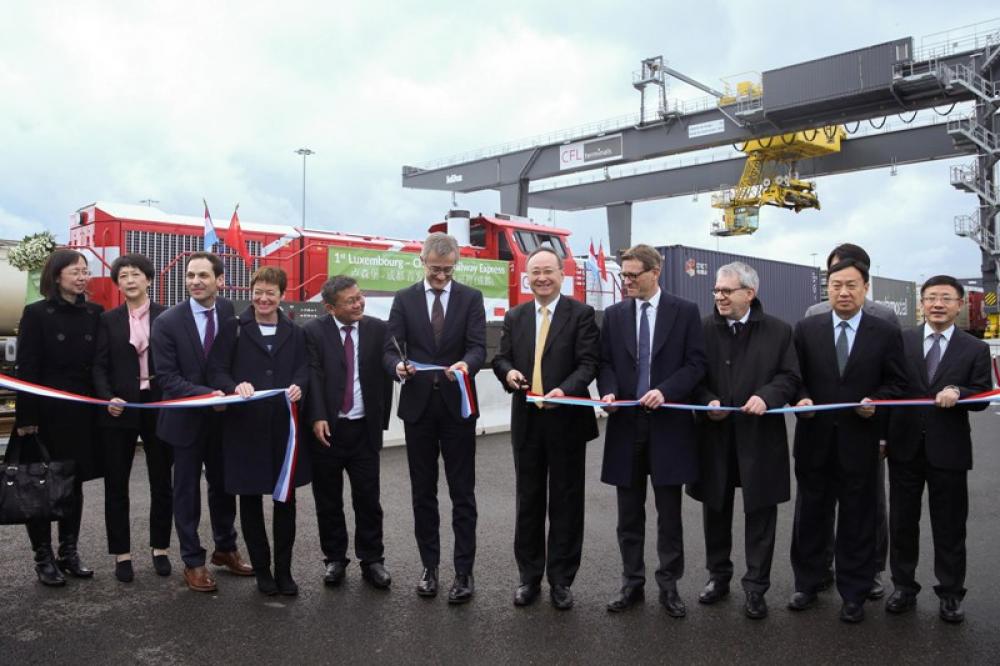 LUXEMBOURG, April 5, 2019 (Xinhua) -- Guests from China and Luxembourg cut the ribbon at the launching ceremony to mark the official launch of the Luxembourg-Chengdu freight train route at a cargo train station in Dudelange, Luxembourg, April 4, 2019. A new railway line for freight trains between Luxembourg and Chengdu, a city in southwest China, was launched here on Thursday, with the first train loaded with 41 containers on its way to China. The 40-foot containers were filled with mechanical and electrical products, food and medical equipment as well as other imports from around Europe. The train is expected to reach the international railway station of Qingbaijiang in Chengdu in 15 days after passing through Germany, Poland, Belarus, Russia, and Kazakhstan. Freight trains are expected to travel the new route at least weekly once it is fully operational, representing the growing trading links and connectivity between China and Europe under the Belt and Road initiative. 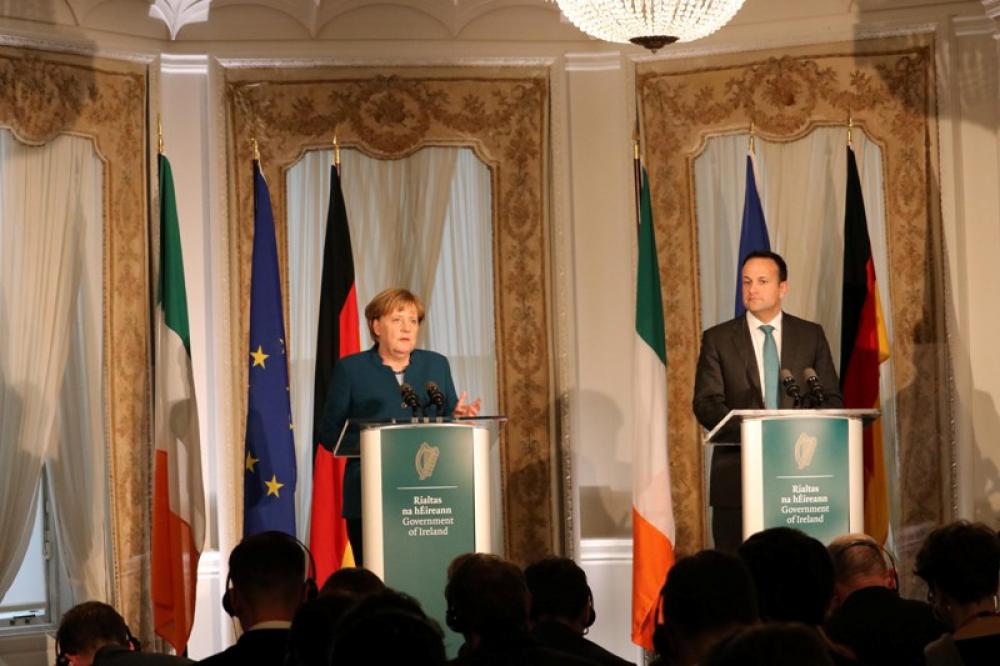 DUBLIN, April 5, 2019 (Xinhua) -- German Chancellor Angela Merkel (L) and Irish Prime Minister Leo Varadkar attend a press conference after their meeting over the Brexit issue in Dublin, Ireland, April 4, 2019. German Chancellor Angela Merkel said here on Thursday that her country will stand together with the other European Union (EU) member states and do everything they can to prevent a no-deal Brexit. 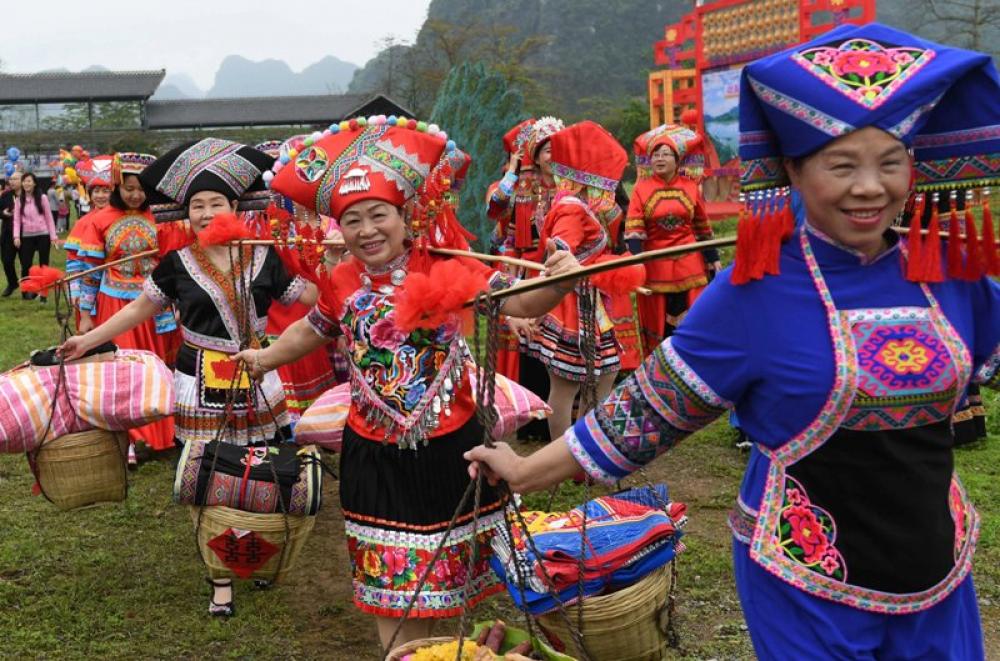 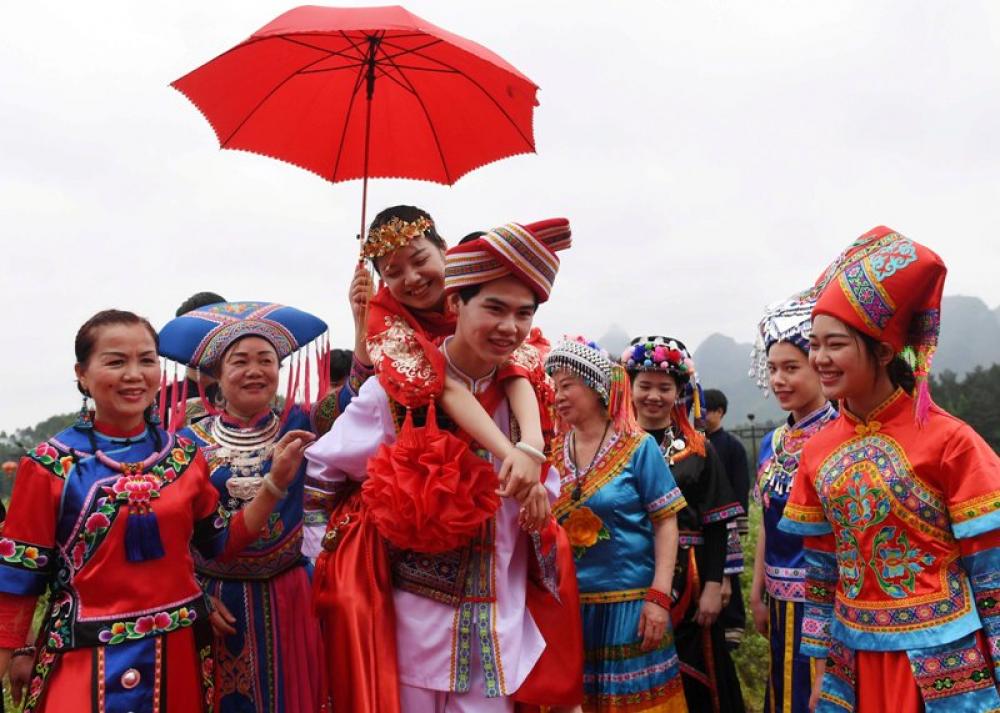 DUAN, April 5, 2019 (Xinhua) - A groom carries the bride on his back during a performance of wedding custom of the Zhuang ethnic group in Duan Yao Autonomous County, south Chinas Guangxi Zhuang Autonomous Region, April 4, 2019.