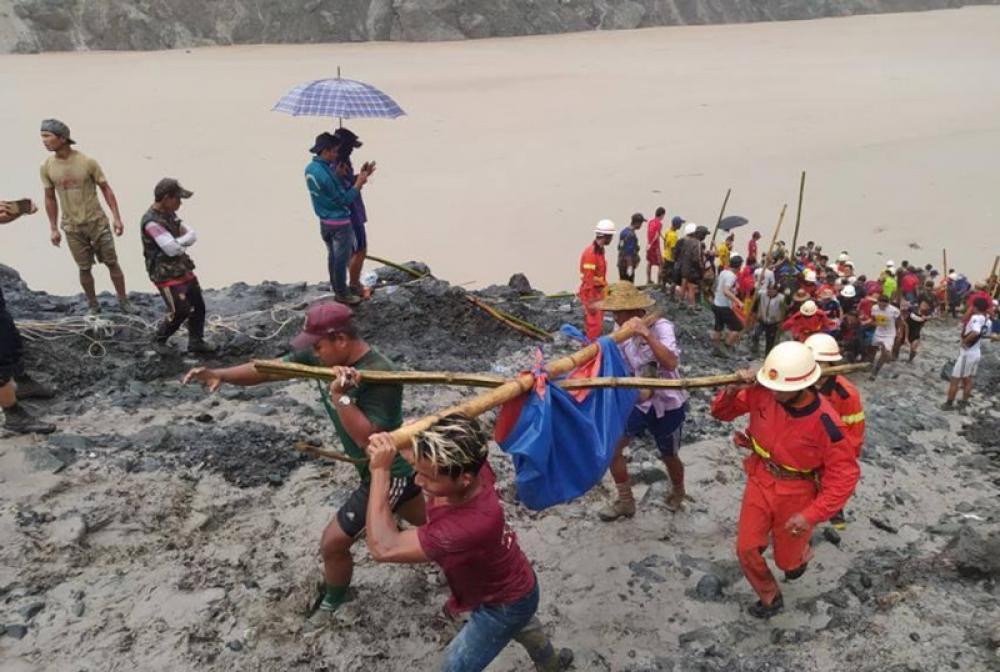 HPAKANT, July 2, 2020 (Xinhua) -- Cellphone photo taken on July 2, 2020 shows rescuers carrying the body of a victim after the landslides at a jade mining site in Hpakant, Kachin State, Myanmar. The death toll from monsoon landslides in Myanmars Kachin state has risen to 113 as more bodies were recovered on Thursday, said a release from the Information Ministry. 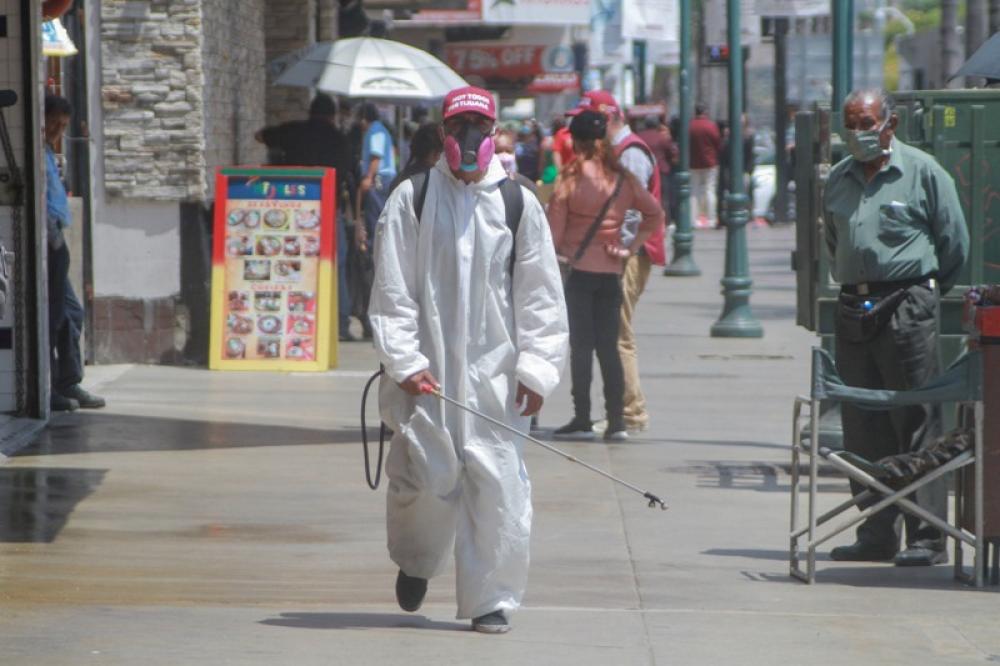