TORONTO, April 2 (Xinhua) -- A screen with a message to contain the spread of COVID-19 is seen on Gardiner Expressway in Toronto, Canada, on April 2, 2020. The number of reported cases of COVID-19 in Canada hit 10,132, with the death toll rising to 127, as of Thursday morning, according to CTV. 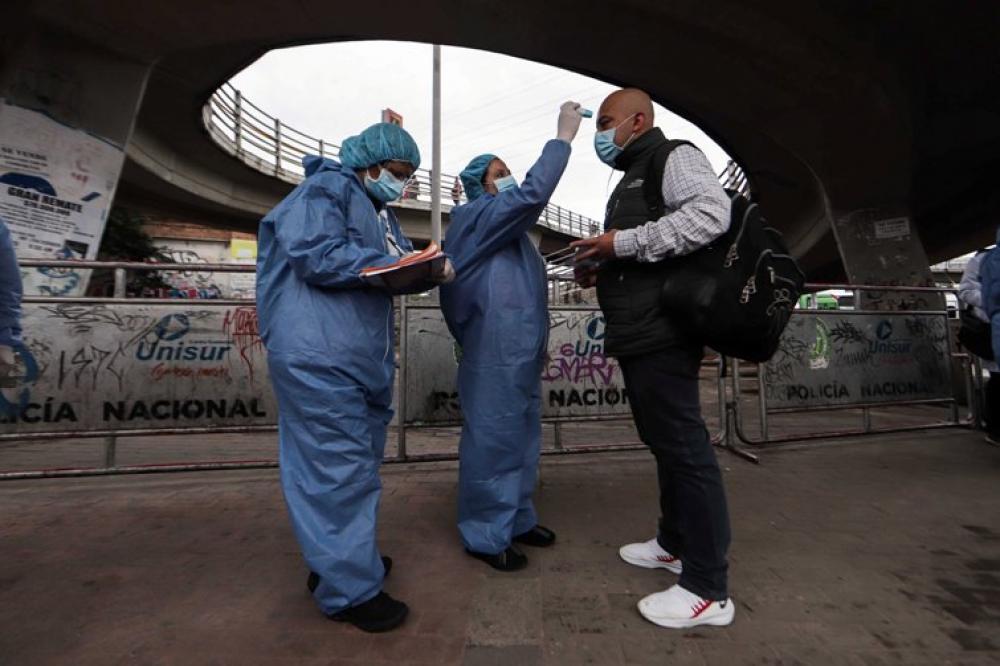 SOACHA (COLOMBIA), April 3 (Xinhua) -- Medical workers check a pedestrians temperature in Soacha, near Bogota, Colombia, on April 2, 2020. The number of confirmed COVID-19 cases worldwide has risen above 1 million, according to the new tally from Johns Hopkins University on Thursday afternoon. 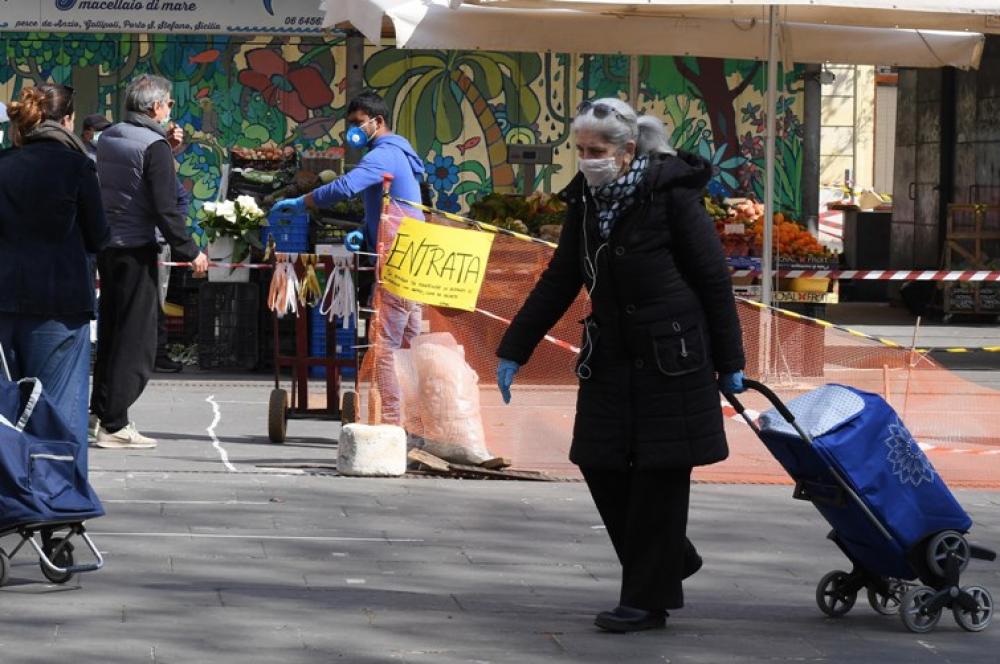 ROME, April 2 (Xinhua) -- People wearing face masks shop for food at a market in Rome, Italy, on April 2, 2020. The COVID-19 pandemic has claimed close to 14,000 lives in locked-down Italy, bringing the total number of infections, fatalities and recoveries to 115,242 by Thursday, according to the latest data released by the countrys Civil Protection Department. 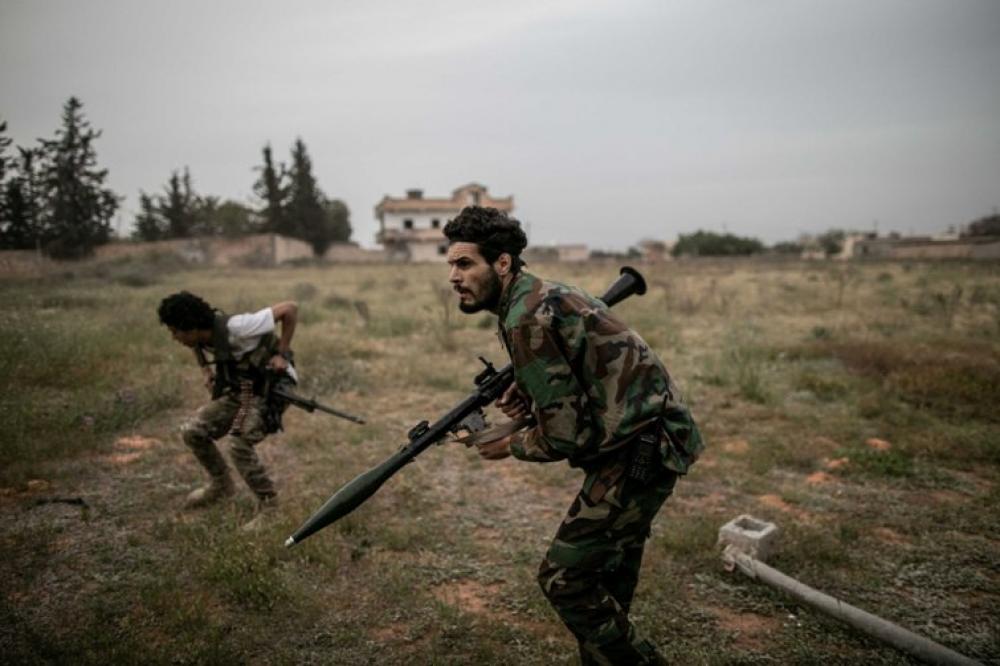 TRIPOLI, April 2 (Xinhua) -- Fighters of UN-backed Government of National Accord (GNA) are seen during clashes with Libyan National Army (LNA) at Ain-Zara front line in Tripoli, Libya, on April 2, 2020. For almost a year, the eastern-based army has been leading a military campaign in and around Tripoli, trying to take the city from the rival UN-backed government. 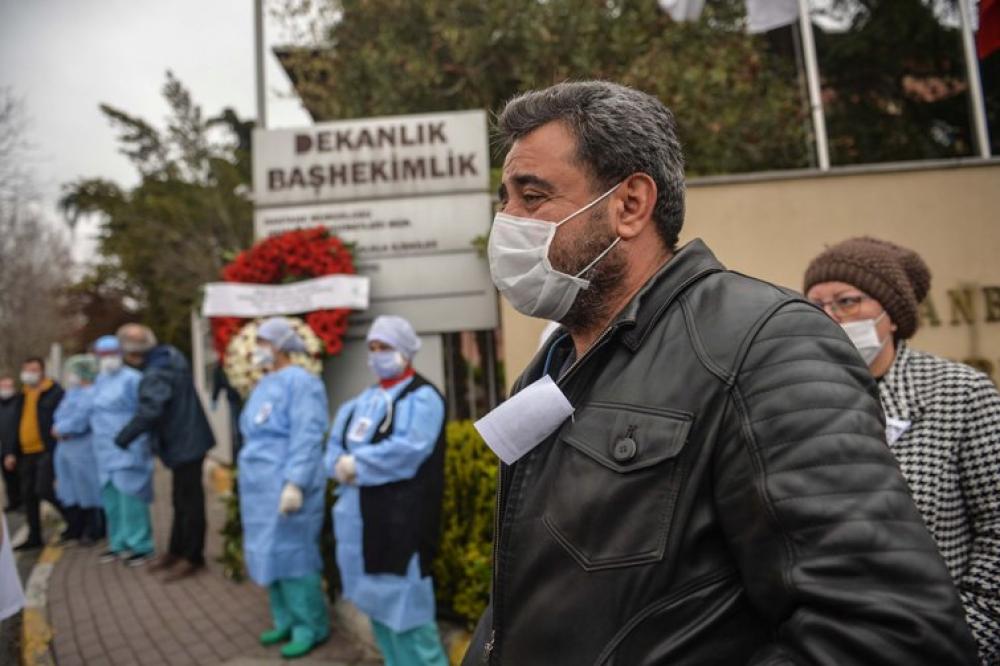 ISTANBUL, April 3 (Xinhua) -- Turkish health workers join in a moment of silence in front of a hospital building in Istanbul,Turkey on April 2, 2020. Turkish health workers on Thursday attended a ceremony in honor of a prominent Turkish doctor who died from COVID-19 in Istanbul. Turkish Health Minister Fahrettin Koca announced the death of Cemil Tascioglu, a doctor of endocrinology at Istanbuls Capa University, at a press conference on Wednesday. Hundreds of health personnel of the Capa Univesity joined in a moment of silence in front of the hospital building. 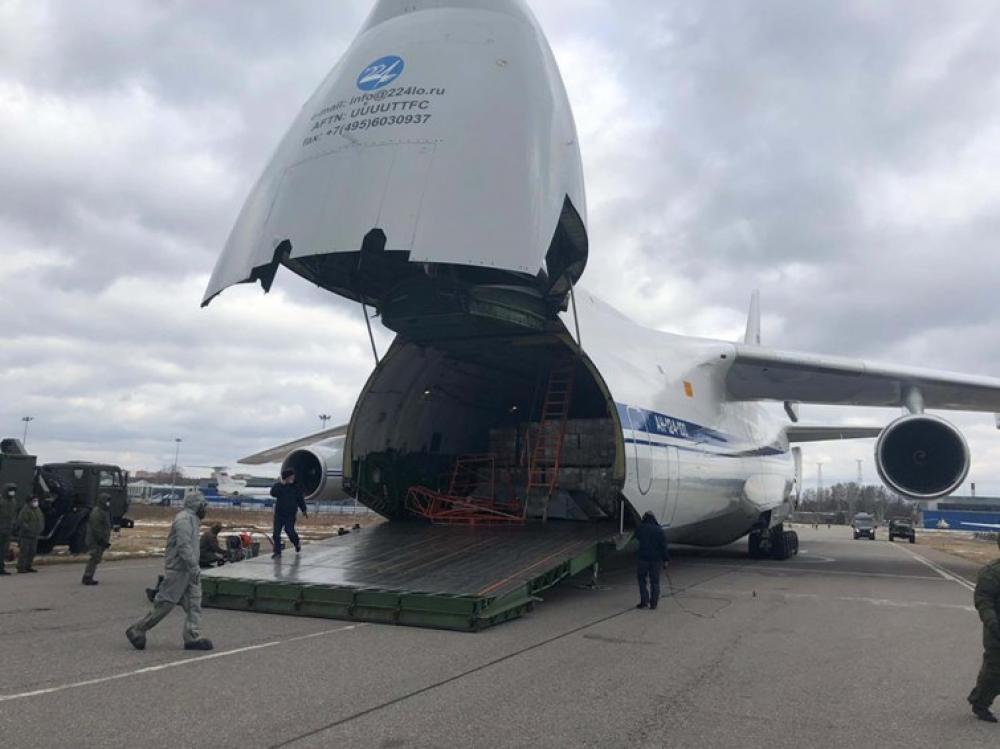