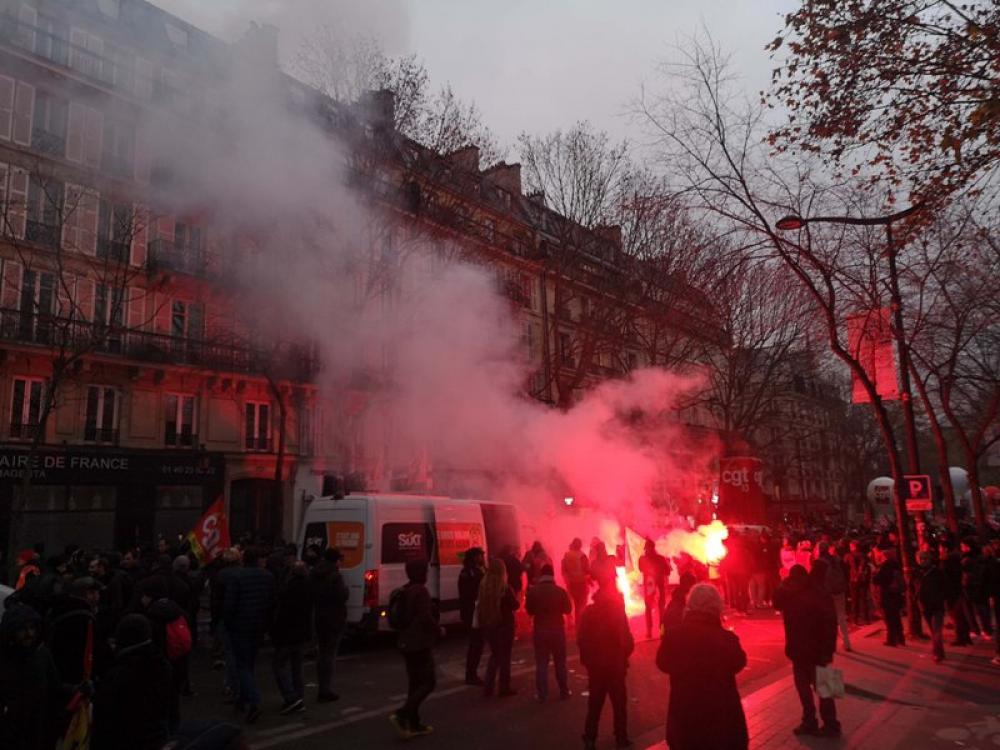 PARIS, Dec. 6, 2019 (Xinhua) -- Protesters take part in a strike in Paris, France, Dec. 5, 2019. Train and metro stations are deserted, schools closed and many aircrafts grounded across French cities on Thursday as the countrys labor unions staged a nationwide strike to force President Emmanuel Macron to abandon the pension reform. 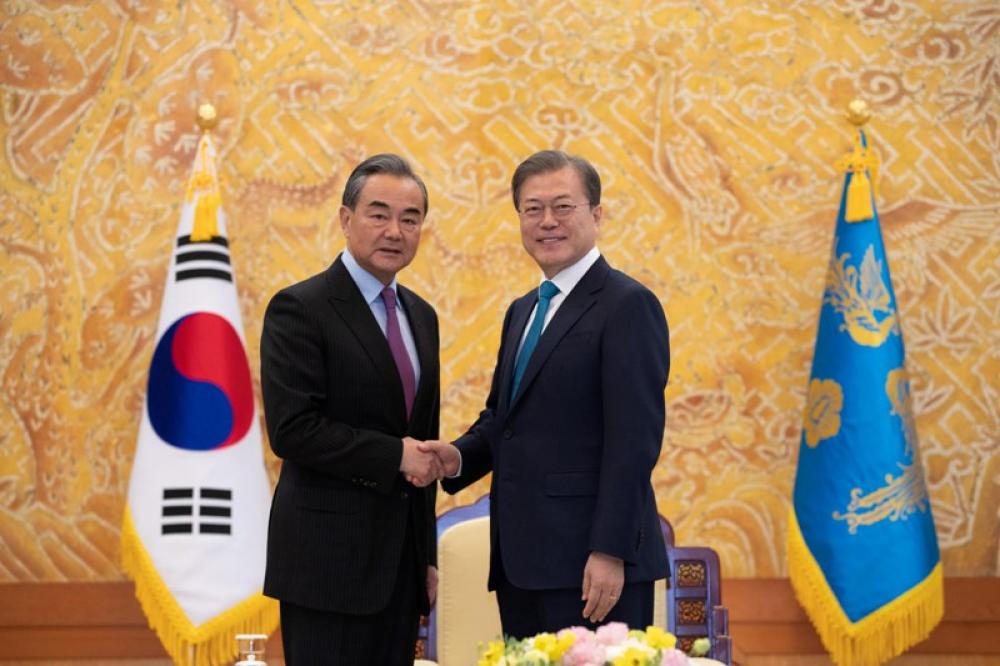 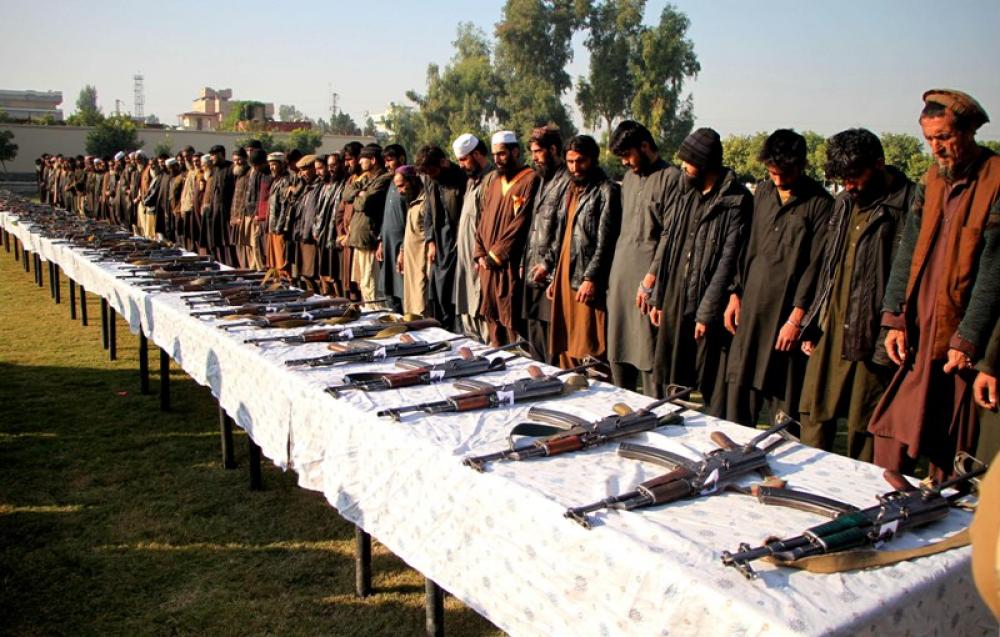