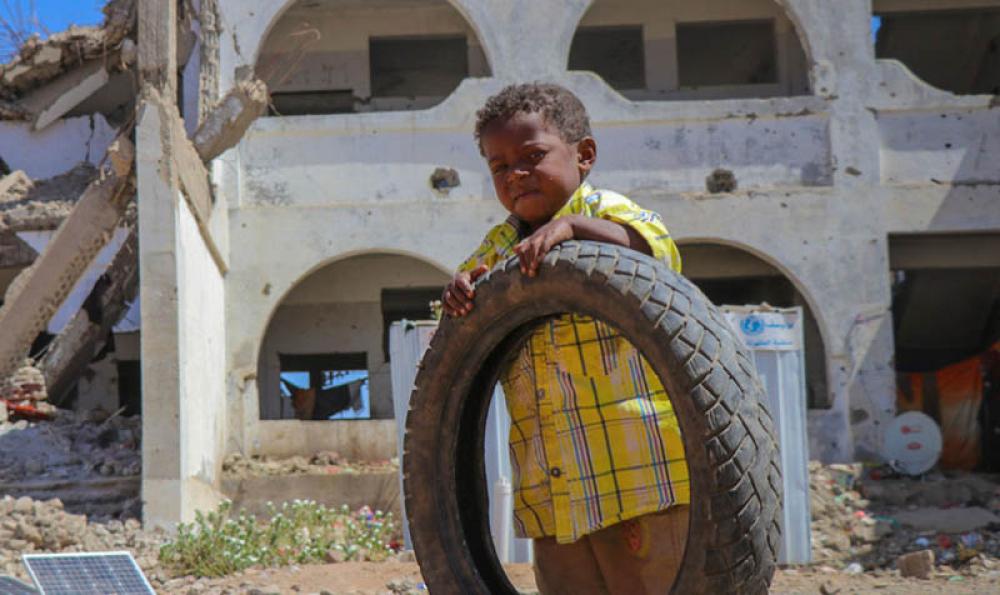 Senior UN officials have expressed concern over the potential impact of the decision by the United States to designate Yemen’s Ansar Allah, more commonly known as the Houthi movement, a terrorist group, the Security Council heard on Thursday.

Mr. Griffiths condemned the 30 December attack at the airport in Aden, which targeted the Government officials who had just arrived from Saudi Arabia.  Dozens of civilians, aid workers and a journalist were also killed.

“The attack cast a dark shadow over what should have been a moment of hope in the efforts to achieve peace in Yemen. The formation of the Cabinet and its return to Aden was a major milestone for the Riyadh Agreement and for the stability of state institutions, the economy, and the peace process”, he said.

“The Government has launched an investigation into the Aden attack and has made its conclusions public earlier today that Ansar Allah was behind the attack.”

For more than five years, Yemen has been mired in conflict between the internationally-recognized Government, which is backed by a Saudi-led coalition, and Houthi rebels.

On Sunday, the United States announced it will designate the group a Foreign Terrorist Organization (FTO) under domestic law.  Mr. Griffiths expressed serious concern over this prospect.

“We fear in my mission that there will be inevitably a chilling effect on my efforts to bring the parties together. We all hope to have absolute clarity on far-reaching exemptions to be able to carry out our duties”, he said.

Yemen remains the world’s worst humanitarian crisis. Some 16 million people will go hungry this year, and 50,000 are already essentially starving to death, amid a shortfall in aid.  Preventing a massive famine is the most urgent priority, the UN Humanitarian Affairs chief and Emergency Coordinator told ambassadors.

Mark Lowcock called for the FTO designation to be reversed, which Mr. Griffiths also supported, outlining its potential impact on aid relief in a country that overwhelmingly relies on food imports.

He explained that humanitarian agencies provide food vouchers or cash to needy Yemenis so they can shop at markets.

Mr. Lowcock reported that Yemenis are already rushing to markets to stockpile food, while commercial traders fear the designation will affect their operations.

“Some suppliers, banks, insurers and shippers are ringing up their Yemeni partners and saying they now plan to walk away from Yemen altogether”, he said.  “They say the risks are too high. They fear being accidentally or otherwise caught up in US regulatory action which would put them out of business or into jail.”

Although the US plans to introduce licences so that some aid and imports can continue, the relief chief said further details will not be available until 19 January, the day the designation takes force.

The head of the World Food Programme (WFP), David Beasley, gave a blunt assessment of the prospects, putting aside his prepared remarks to speak “heart-to-heart”.

Mr. Beasley, an American, also removed his “UN hat” for a moment, to speak about his engagement with Washington, which allocated $3.75 billion to WFP last year.

Mr. Beasley added that Yemen is among several countries facing famine, and the COVID-19 pandemic has only exacerbated these crises.

The WFP chief called for Gulf States “to pick up the humanitarian financial tab for this problem in Yemen”, and urged the Council and world leaders to apply pressure on the warring parties to end their fighting.

“I can assure you that Mark Lowcock and I will be before you pretty soon talking about other countries,” he said.  “And if we can’t solve this one - this is man-made completely - shame on us."