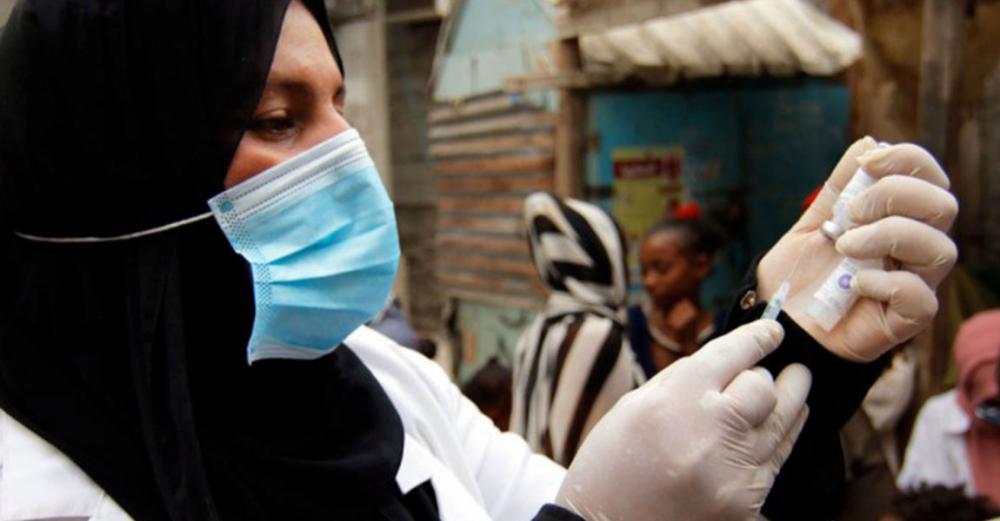 New York: More than five years of war have “devastated the lives of tens of millions of Yemenis”, with experts estimating that up to one million may have been affected by COVID-19, the UN chief told the General Assembly on Thursday.

Secretary-General António Guterres informed a High-level Ministerial meeting, that there were more than 2,000 confirmed cases of COVID-19 in Yemen, and with war having “decimated the country’s health facilities”, the need for a negotiated political settlement to end the conflict is more urgent than ever.

He recalled his personal attachment to the country, which dates back to his time as High Commissioner for Refugees.
“I will never forget the generosity of the Yemeni people in hosting refugees”, he said. “Since assuming the position of Secretary-General, I have constantly sought to do whatever I can to help find a peaceful resolution to the conflict”.

He noted that the war has not only brought State institutions to the verge of collapse but also “reversed development by decades”.

And despite initial expressions of support by the warring parties for a global ceasefire and Yemeni-specific truce, “the conflict continues unabated”, he said.

In recent weeks, the conflict that has persisted for more than five years between the Saudi-backed coalition supporting the internationally recognized Government, and the Houthi rebels formally known as Ansar Allah, has escalated.

“Airstrikes and ground clashes result in many civilian casualties, and Houthi drone and missile attacks on the Kingdom of SaudiArabia persist”, flagged the UN chief.

Moreover, more civilians were killed in August than any other month this year, with one-in-four slain and injured in their own homes.

Mr. Guterres echoed his call for all parties to cooperate without preconditions, in efforts to reach an agreement on the Joint Declaration, which is comprised of a nationwide ceasefire, economic and humanitarian confidence-building measures, and a resumption of peace talks.

The Secretary-General said that the military escalation between Houthi fighters and the army in Ma’rib – where more than one million civilians have sought shelter since 2015 – only serves to derail peace efforts.

He emphasized that the need to build on the UN-brokered Stockholm Agreement of December 2018, and the Saudi-facilitated Riyadh Agreement, which lays the groundwork for sustainable peace.

Mr. Guterres urged all parties to cease hostilities and reiterated the UN’s continued support in implementing the agreements.

Turning to the SAFER oil tanker wreck, moored off the western coast of Yemen, the UN chief expressed his deep concern that having had almost no maintenance for five years, “an oil spill, explosion or fire would have catastrophic humanitarian and environmental consequences for Yemen and the entire region”.

He said it would close the crucial Hudaydah port for months – cutting off food supplies for millions of Yemenis, reliant on imports.

“I call for rapid and unconditional access for the technical team to the tanker to assess its condition, conduct any possible repairs and avert a disaster”, asserted the Secretary-General.

Regarding international funding and aid, the UN chief urged donors to disburse the money promised at the end of a high-level pledging conference last June.

He expressed concern the only half as much was pledged compared to last year, “so it is very worrying that meaningful sums still remain unpaid”.

To date, only 30 per cent of the UN response plan is funded – the lowest level ever, this late in the year.

Mr. Guterres said that critical UN programmes are closing down and the funding is “vital to prevent a devastating famine”.

“Now is the time to step up for the people of Yemen”, he told ministers.