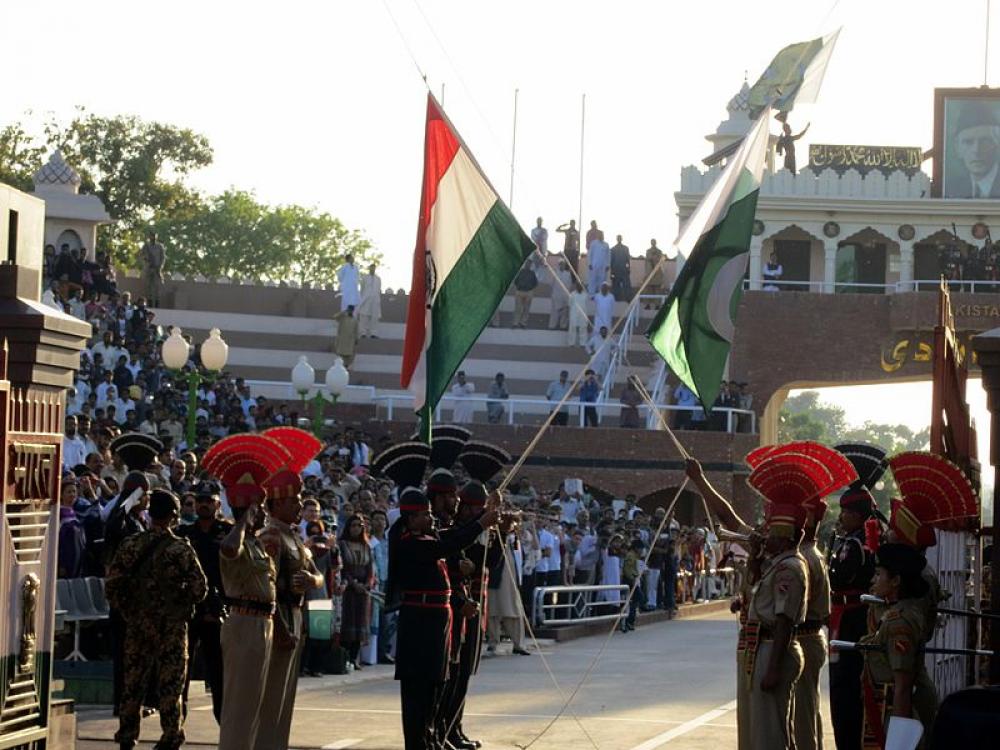 Amritsar: A recent investigation into the seizure of 532 kg of heroin on the Wagah-Attari border in Punjab has revealed a network through which  drug consignments were being pushed from Pakistan and it was also used to transfer funds to terrorists in Jammu and Kashmir, media reports said.

The contraband, concealed in six rock salt consignments, was detected by the Customs Department on June 29, 2019, reported The Hindu.

A man, who was identified as Gurpinder Singh was arrested from the spot.

He is the owner of Kanishk Enterprises (Amritsar).

The National Investigation Agency (NIA) took over the case in July last year and has so far filed two charge sheets.

While the ED may soon initiate a money-laundering investigation into the drug haul, probe agencies have gathered several crucial details about the accused persons, reported the newspaper.

As it turns out, Tariq Lone — whose father was killed by terrorists when he was six years old — earlier sold shawls on commission basis.

He then opened a shop. In January 2016, through social media, he came in contact with his uncle, Farooq Lone, who claimed that he was into export of goods from Pakistan to India and offered him money for helping him in some transactions in Amritsar.

Later that year, Tariq Lone allegedly went to Pakistan via Wagah border and stayed with his uncle for about two weeks, during which he was introduced to one Malli. At his instance, Tariq started working for his uncle in Amritsar. Another Pakistani national, Sahil, then became his handler, it is alleged, as reported by The Hindu.

The network used to push drugs into India through the Pakistan-based Vision Impex Company. The company was owned by Noor.

In Amritsar, the consignments were received allegedly via Rishabh Overseas, Kanishk Enterprises and Gupta Fast Forwards Limited of Ajay Gupta, reports The Hindu.

As huge amounts were required for the smooth operations, Tariq Lone allegedly had to use several bank accounts, including those of his relatives, friend and some bank officials.

Things went wrong for the accused persons in May 2019 when a consignment got stuck due to non-payment of customs duty by Gupta. Tariq had then contacted Kanishk Enterprises for the job, as alleged, reported the newspaper.

Another key link to the episode was Hilal Ahmad Wagay. He is an alleged conduit from Jammu and Kashmir.

Punjab police  arrested him with 29 lakh in cash from Amritsar this year in April.

During questioning, Wagay purportedly disclosed that he and Naikoo studied in a government school in 2001-02.

In July 2018, he was on his way home when two terrorists stopped him to hitch a ride. One of them, Naikoo, recognised him and they exchanged phone numbers. It is alleged that Wagay later started collecting cash from “hawala” agents in Amritsar, at Naikoo’s instance, reports the newspaper.