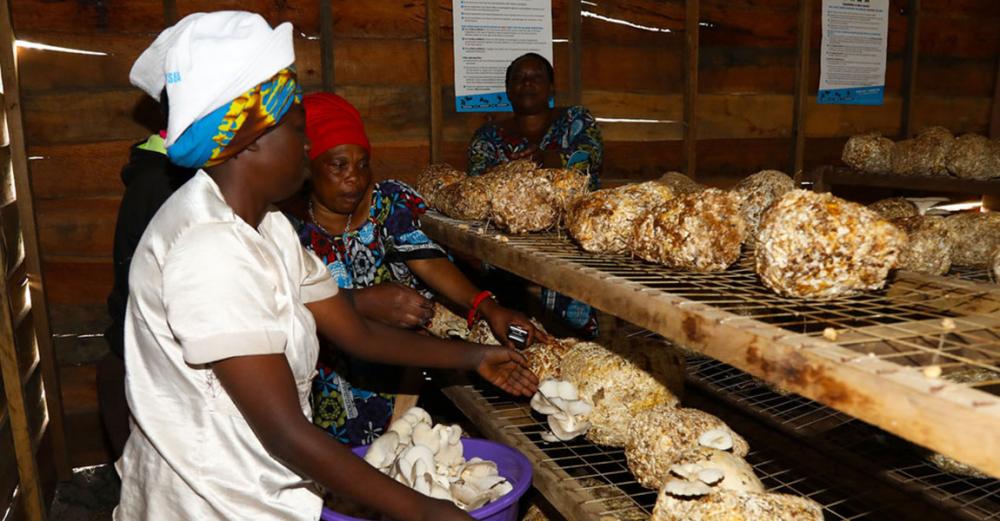 New York : The UN sexual and reproductive health agency UNFPA, is expressing increasing concern about the women and girls trapped in Syria’s dire and escalating humanitarian crisis, especially in the north-west, where hostilities have caused mass displacement, human suffering and damage to civilian facilities.

Women and girls continue to bear the brunt of the crisis, struggling to survive and care for traumatized children, as the conflict enters its 10th year, said the agency. Some 960,000 are estimated to have been displaced since December, 80 per cent of whom are women and children, and approximately 25,000 of whom are currently pregnant.

Reproductive health services have been severely disrupted and the risk of gender-based violence is escalating, along with child marriages. Women and girls in Syria have repeatedly stated that they seldom feel safe due to the risk of violence, UNFPA says, emphasizing the need for prevention services and the necessity of delivering consistent, quality services to survivors.

“The situation in Syria remains critical and we are deeply concerned about the dire conditions women and girls are having to face on a daily basis. Millions of women and girls continue to pay a high price for a conflict they had no role in creating”, said Dr. Natalia Kanem, Executive Director of UNFPA.

“They will continue to depend on UNFPA and our partners to provide life-saving support until this crisis is over. The sexual and reproductive health and rights, and the dignity and protection of women and girls are not negotiable”.

Since December 2019, UNFPA has had to close seven service delivery points, serving 13,000 people, due to the escalated conflict and constrained humanitarian access.

In the past couple of weeks alone, two health centres and two mobile clinics, serving around 6,000 people on a monthly basis, have ceased operations, while three safe spaces that provide life-saving services to women and girls in the area have been suspended.

Midwives operating in Syria report that there has been a sharp increase in cases of early deliveries, miscarriages and low-weight births. Pregnant women are asking for Caesarean deliveries, afraid to go into labour while on the move and without medical care.

“When the guns fall silent, it does not mean the suffering of women and girls stops” ,said Luay Shabaneh, UNFPA’s Regional Director for the Arab States. “If a child at age 13 or 14 has been married, she will be exposed to suffering until the end of her life."

"Women’s issues should be a top priority in the immediate humanitarian response to the crisis to save lives, as well as in development work” , he added.

“During all crises, whether it is the COVID-19 or any other health crisis, women often sacrifice their own health for the health of others", Mr. Shabeneh pointed out. "They give support to older people, to children, to the economic situation of their household. In doing so, they forget to take care of their own health. Therefore, their health should be a priority at all times”.

Over the past three years, UNFPA has reached 7.6 million affected Syrian people region-wide with life-saving health services and prevention and response to gender-based violence. An overstretched health system and the continued risk of attacks against health-care facilities challenge the delivery of sexual and reproductive health services, and the risk of gender-based violence remains acute.

UNFPA estimates that there is a funding gap of $57 million for its programmes in Syria and approximately 13 million people require assistance across the country, including 3.4 million women and girls of reproductive age.