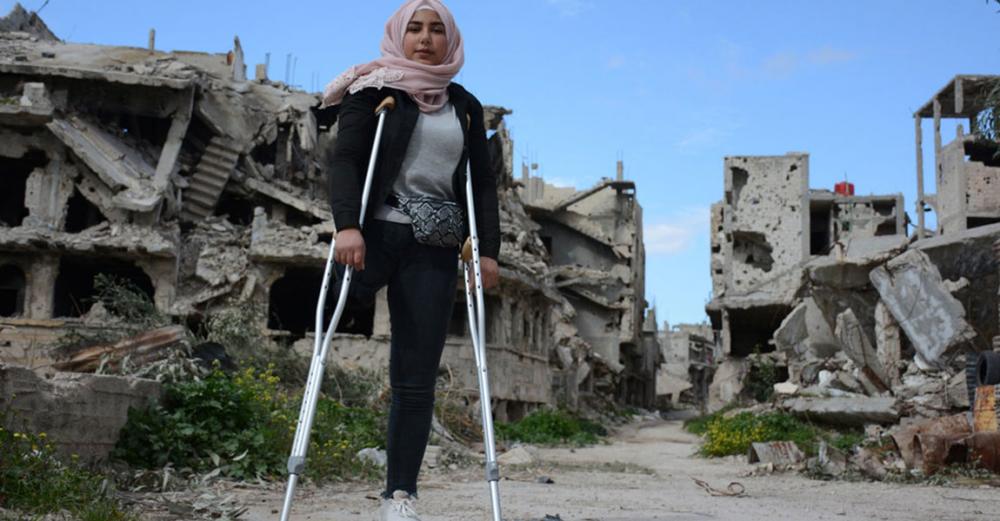 New York/IBNS: Although a fragile ceasefire agreed in northwest Syria is still holding, UN humanitarians on Friday warned of dire conditions for hundreds of thousands of civilians displaced by conflict, now in its tenth year.

Speaking to journalists in Geneva, Jens Laerke from the Office for the Coordination of Humanitarian Affairs (OCHA) highlighted “the brutal truth…there is very little protection”.

On 6 March, Turkey and Russia agreed to a ceasefire in the Idlib de-escalation area, the last opposition-held zone of Syria, along with the establishment of a security corridor and joint patrols.

The misery in Idleb continues, particularly for the one million people living in tents

This video from today when strong winds ripped through many camps

Both Idlib and Aleppo governorates are home to millions of families displaced from previous conflict zones – often many times.

“The overall level of violence has come down, and the airstrikes have reportedly come to a halt,” Mr. Laerke said. “Displacement from areas close to the frontlines have slowed down. But that does not make Idlib a safe place to be.”

Shelling continues to be reported from the frontlines, the OCHA spokesperson added, amid an increased “risk of death and injury from explosive hazards” from artillery and aerial bombardment.

According to OCHA, nearly a million people have been displaced since December after Government of Syria forces stepped up efforts to take control of the last remaining opposition areas.

An additional 366,000 internally displaced people are staying with host families or in rented homes, 93,000 are staying in collective shelters that have been mostly converted from public buildings, such as schools and mosques.

“Some people are sheltering under trees,” Mr. Laerke said.

In response to the crisis, the UN has requested increased funding from international donors to help scale up its response in the displacement shelters where UN aid partners are doing “a heroic job”.

“The camps that I mentioned are run by local partners, of course doing their very best with all the support that we can push in from across the border,” Mr. Laerke said. “They are doing a fantastic job, the aid workers who are there. They are themselves being displaced, coming under fire, they don’t have much to eat either.”

So far in March, more than 500 trucks have reached north-west Syria via the Bab al-Hawa and Bab al-Salam border crossings from Turkey to Idlib, some of the more than 2,600 trucks sent over the border since the start of the year with life-saving food, shelter, water, sanitation and hygiene assistance.

Despite this emergency relief, the World Food Programme (WFP) said that needs remain acute and widespread.

“The number of people in Syria who are food insecure has increased to 7.9 million people, a 22 per cent rise in just one year,” said spokesperson Elisabeth Byrs.

Reiterating the UN Secretary-General’s urgent appeal for an end to fighting in Syria and a politically agreed transition to peace in the country, OCHA’s Jens Laerke insisted that humanitarian aid access be maintained.

“Protection starts with those who are doing the fighting acknowledging and adhering to their obligations under international law,” he said. “To at all times protect civilians from the effect of fighting. That’s where the problem lies.”