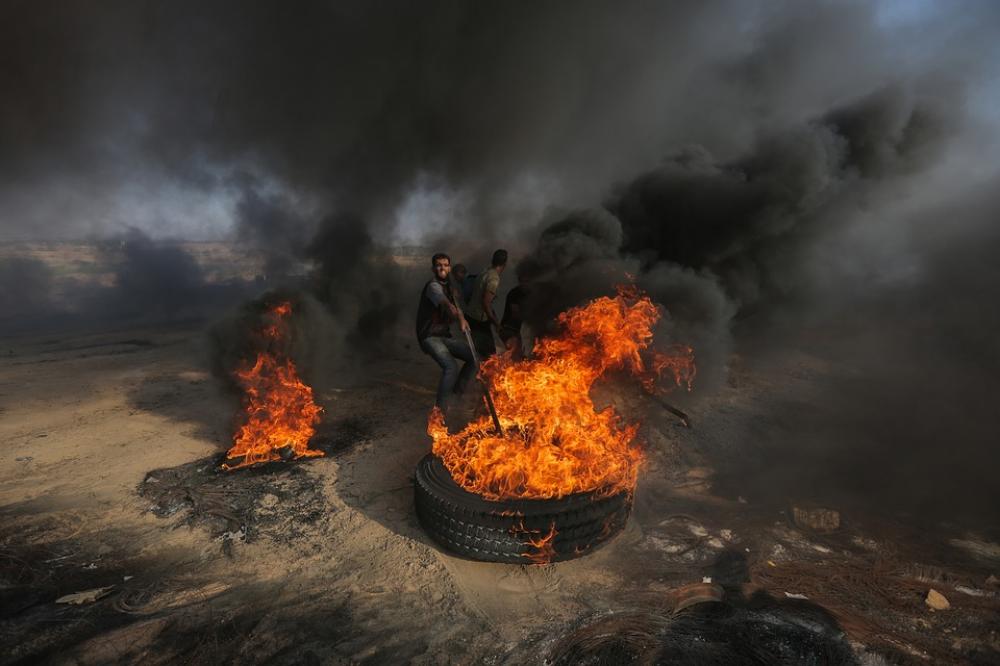 Moscow/Sputnik: The Israel Defense Forces (IDF) have attacked Islamic Jihad militant group targets in Syria, as well as the Gaza Strip, IDF said in a statement.

"We just struck Islamic Jihad terror targets in both Syria & Gaza in response to rockets fired at Israeli civilians today," IDF said on Twitter in the early hours of Monday.

Earlier, the Syrian state-run Sana news agency reported that Syrian air defense was repelling attacks in the air over Damascus.

IDF said on Sunday that it had targeted Palestinian Islamic Jihad members who were preparing to launch rockets from the Gaza Strip. According to IDF, Palestinian militants fired 21 rockets into southern Israel on Sunday; 13 of them were intercepted.