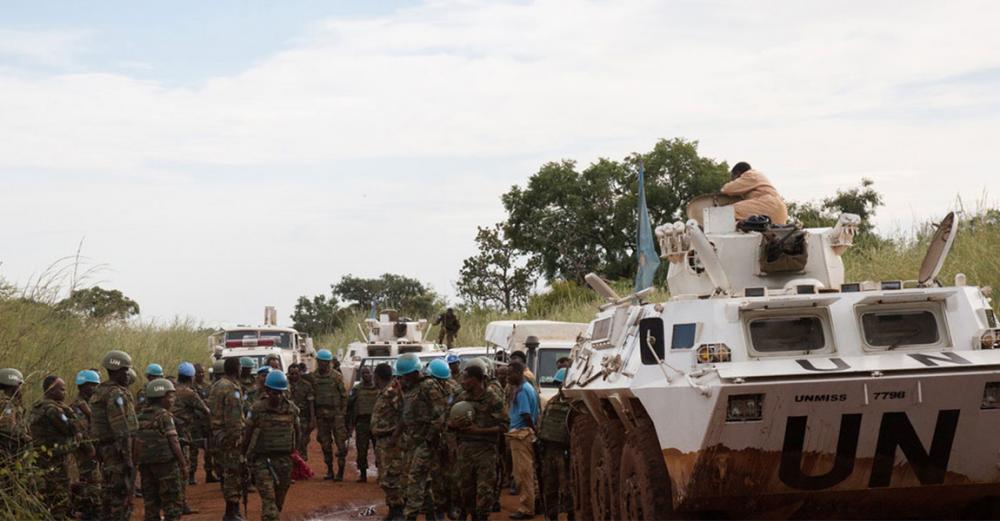 New York: Peacekeepers have been sent to the northern Lakes region in South Sudan in a bid to deter further violence between communities there, the UN Mission in the country, UNMISS, said on Tuesday.

The 75 Nepalese blue helmets have been temporarily deployed from Rumbek to Maper following reports that as many as 79 people were killed and more than 100 injured in a series of communal clashes and revenge attacks between the Gak and Manuer communities.

UNMISS noted that while political violence has largely subsided in South Sudan since the signing of a revitalized peace agreement in September 2018, inter-communal clashes continue to result in the killing and injuring of civilians, cattle raiding and the looting of property.

“This fighting must stop. We are urging the communities involved and their leaders to put an end to the violence and to come together in reconciliation and peace for the good of their people”, said David Shearer, Special Representative of the UN Secretary-General and Head of UNMISS.

The peacekeepers will continue to patrol the area in the coming weeks to provide a protective presence.

They were flown into Maper by helicopter as the main route was impassable due to heavy rains. UNMISS is also flying in heavy equipment, including vehicles, so that they can travel between remote communities.

The mission’s Force Commander and the head of its Field Office in Rumbek, together with human right and civil affairs officers, were also in Maper to assess the security situation.

UNMISS reports that they were welcomed by local authorities and community members who indicated willingness to participate in mediation and peace-building activities.

Meanwhile, the UN refugee agency, UNHCR, has called for greater protection of aid workers in South Sudan following a “senseless” attack against an international relief agency this past weekend.

Armed men broke into the NGO’s compound in Buni, Upper Nile, early on Sunday morning, and assaulted and robbed staff.

“UNHCR strongly condemns this senseless act against aid workers who were there to improve the lives of refugees and vulnerable South Sudanese nationals”, spokesperson Babar Baloch told journalists in Geneva on Tuesday.

The agency said attacks against aid workers in South Sudan have increased in recent months, noting that this latest incident occurred only a month after the killing of three UN staff working in the Central Equatoria region.

Photo caption and credit:
UNMISS\Nektarios Markogiannis
A major challenge is getting the honey to market. The ongoing conflict in South Sudan means it has been too dangerous travelling by road. But now, increased patrols by UN peacekeepers in the Wulu area mean the roads are more secure and so trade can flourish.