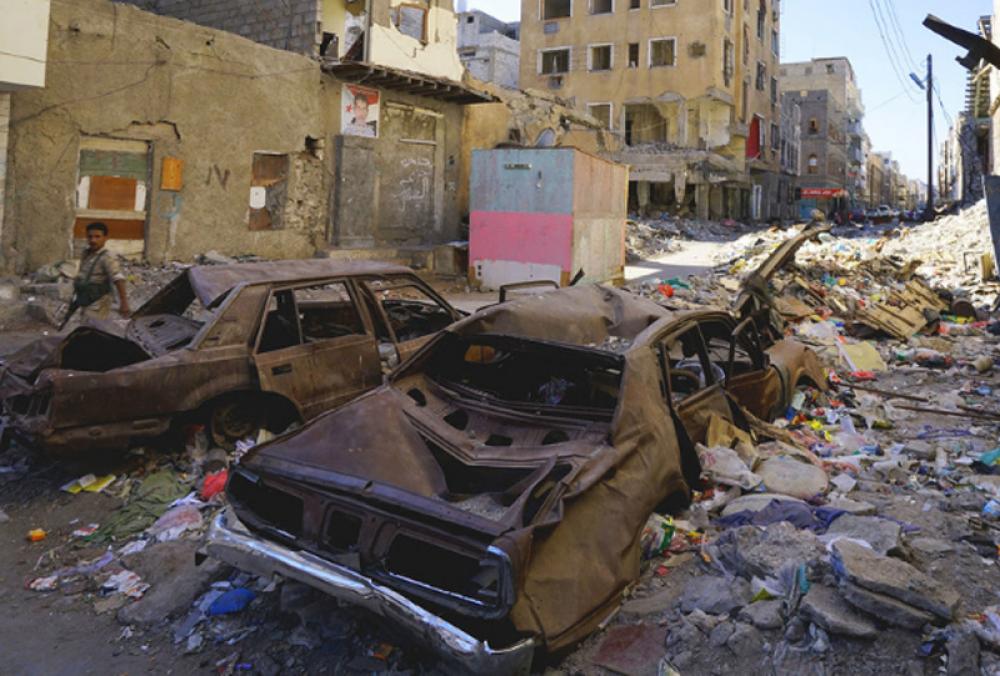 New York: There are “small signs” of hope for Yemeni civilians caught up in fighting, following a reduction in violence, coupled with a 20 per cent increase in funding for the UN’s humanitarian response, the Security Council heard on Thursday.

The UN Special Envoy for Yemen, Martin Griffiths, together with relief chief Mark Lowcock, told members there was “cause for optimism” but still a long way to go, to decisively end more than four years of fighting between the Saudi-led coalition supporting the southern-based, internationally-recognized Government, and Houthi rebels who control the capital, Sana’a, and other key areas.

Mr. Griffiths said the signs are “fragile, and in need of our diligent care and attention”. He highlighted the initiative from the Houthis, formally known as Ansar Allah, “to suspend all drones and ballistic missile attacks on Saudi Arabia, and the reduction of violence that followed the announcement.”

Airstrikes had “reduced considerably across Yemen”, he said, since the beginning of this month. “This is a very recent and inevitably fragile gain, but it’s a step in the right direction.”

He also noted the “tenuous calm” in the seat of Government in Aden, in the south, where fighting has calmed down between formerly allied Government forces and separatists. He called on a full agreement to be signed soon so law and order – and services – can be restored to the region.

Noting also the breakthrough in detainee releases and the renewed access to fuel ships entering the key port city of Hudaydah, he said they were “positive indications” adding: “By the time we meet again, I hope Mr. (Security Council) President, that we shall have more clarity, more certainty and more reason to hope.”

The UN Emergency Relief Coordinator and OCHA chief, Mark Lowcock, told members September had been “the deadliest month for civilians so far this year” with an average of 13 killed every day.

But when it comes to lifesaving aid, the Government has made “substantial progress” clearing backlogs in humanitarian delivery caused by the in-fighting across the south, he added, noting that funding gaps in recent months had forced “key programmes” to simply close.

Turning to the key issue of funding the UN response plan, he welcomed the generous contributions last month of $500 million from the Saudis, and $200 million from the United Arab Emirates, together with a recent $88 million pledge from Kuwait.

“With hundreds of millions in new funding over the last six weeks, the response plan has gone from 45 per cent funded in early September, to 65 per cent funded today”, said Mr. Lowcock, adding that although “substantial gaps remain, UN agencies have re-opened many programmes that had been suspended, including support for health facilities, malnutrition treatment centres and vaccination campaigns.”

There are signs, he added, that the battered Yemeni economy was also beginning to push the country towards the brink of widespread famine once again, coupled with a worrying Government policy, blocking commercial fuel imports, that has caused severe fuel shortages – although some vessels have been allowed to enter Hudaydah in recent days.

“Rising fuel prices also mean families are less likely to get help when they need it, because transport becomes too unaffordable or unavailable. In some areas, the number of people reporting to health facilities over the last several weeks dropped by 50 per cent because people could not reach them. At the same time, mobile health teams struggle to reach patients where they are, as the teams don’t have enough fuel.”

In conclusion, the relief chief noted that the surge in funding for the UN response plan “will allow humanitarian agencies to continue keeping millions of people alive. This is cause for optimism. But there is much more to do if our aim is not just to reduce people’s suffering, but to end it altogether.

The only way to achieve that, is to stop the war.”