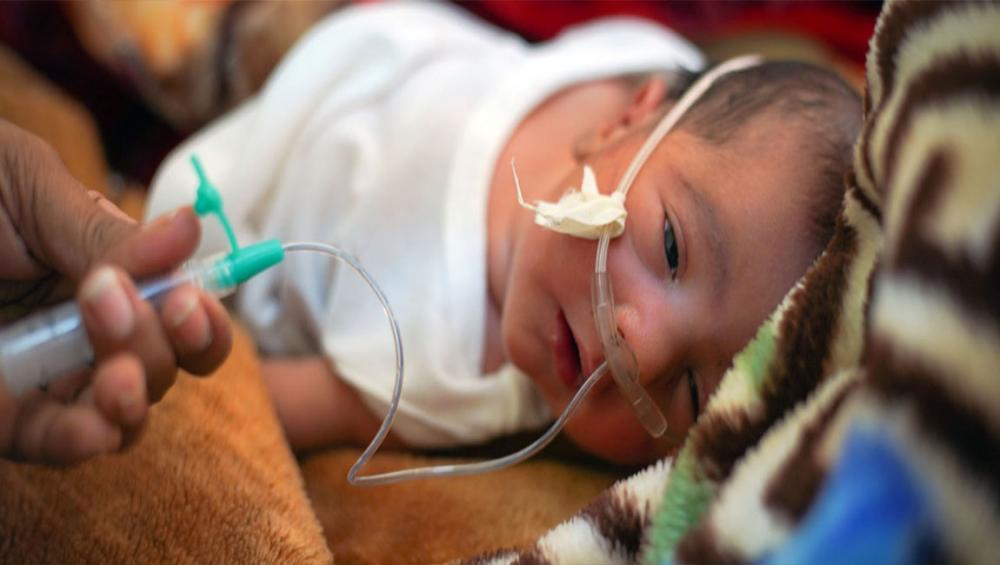 New York, Sept 4 (JEN): The people of Yemen have been subject to “numerous” possible war crimes in recent years including forced recruitment of children and sexual abuse in detention, UN-appointed senior rights experts said on Tuesday, in an appeal to the international community to do more to end the conflict.

At the launch of its second report into alleged violations committed in the Arabian Peninsula State, where the internationally recognized Government of President Abd Rabbu Mansour Hadi is fighting chiefly Houthi opposition forces, the Group of Eminent International and Regional Experts on Yemen insisted that there had been “a pervasive lack of accountability”.

The parties to the conflict in Yemen – all the parties – are responsible for numerous violations - panel chair, Kamel Jenoubi

Both sides were responsible, the experts insisted, and assessments that many thousands of people had been killed “are likely to be a gross underestimate”, expert Charles Garraway insisted.

“The parties to the conflict in Yemen – all the parties – are responsible for numerous violations of human rights, of international law and humanitarian law,” said panel chair Kamel Jenoubi. “Some of these violations may constitute war crimes.”

Describing what kind of daily terrors Yemenis had to face, Mr. Jenoubi noted that there was nowhere safe to hide in the war-torn country – a deliberate tactic by the warring sides.

“The missiles, the airstrikes, the snipers, (that) hit people going about their daily business, often without warning and in places where there’s no active conflict,” he said. “It gives the impression that there’s nowhere in Yemen that you can call safe, or where you can hide.”

Another war tactic outlined in the report is the targeting of health centres and services, which has had a devastating impact on a population verging on famine and brought low by some 460,000 cases of suspected cholera in the first half of the year alone.

“We’ve had incidents this year where the Coalition has struck an MSF (Médecins Sans Frontières) cholera treatment centre just prior to it opening for business, so taking that out of action for the year,” said Ms. Parke. “And we’ve had both sides of the parties to the conflict actively impeding the delivery of cholera vaccines to the population of Yemen.”

The panel, which was established in 2017 following a request by the Human Rights Council to the UN High Commissioner for Human Rights, also found further testimonies of other worrying practices by those fighting, including the forced recruitment of children.

“The parties – all the parties – actively recruit children, including by force,” Mr. Jenoubi said. “The parties to the conflict harass and threaten rights activists, journalists, human rights defenders, humanitarian workers, they impose restrictions on their work, that often cut off services provided to people in need.”

Turning to the belligerents’ decision to prevent Yemenis from importing much of the fuel, food and medicines they have needed in the past through key Red Sea ports like Hudaydah, Mr. Jenoubi likened the tactic to a siege and “attacks against things that are essential to the population’s survival”.

The population had been deprived of “food, water and medicine at a time of an unprecedented humanitarian crisis”, he insisted, with more than 24 million people – 80 per cent of the population - dependent on humanitarian aid to survive.

Highlighting the active involvement of other countries including a Saudi-led Coalition which has supported Yemeni Government forces since March 2014, the group of experts urged others States to stop selling arms that could be used in conflict.

“The Group of Experts have recommended that Third States prohibit the authorization of arms transfers and refrain from providing arms to parties to the conflict,” expert Melissa Parke told journalists. “This is because of the prevailing risk that such arms will be used by parties to commit or facilitate serious violations of international humanitarian and human rights law.”

The expert report is due to be presented to the Human Rights Council later this month.

As the conflict in Yemen continues to take its toll on civilians, the lives of newborn babies in the nursery at Alsadaqah Hospital in Aden hang in the balance.