People
Crisis/Conflict/Terrorism
Terrorism survivors: ‘I lived in fear that I would be killed’ 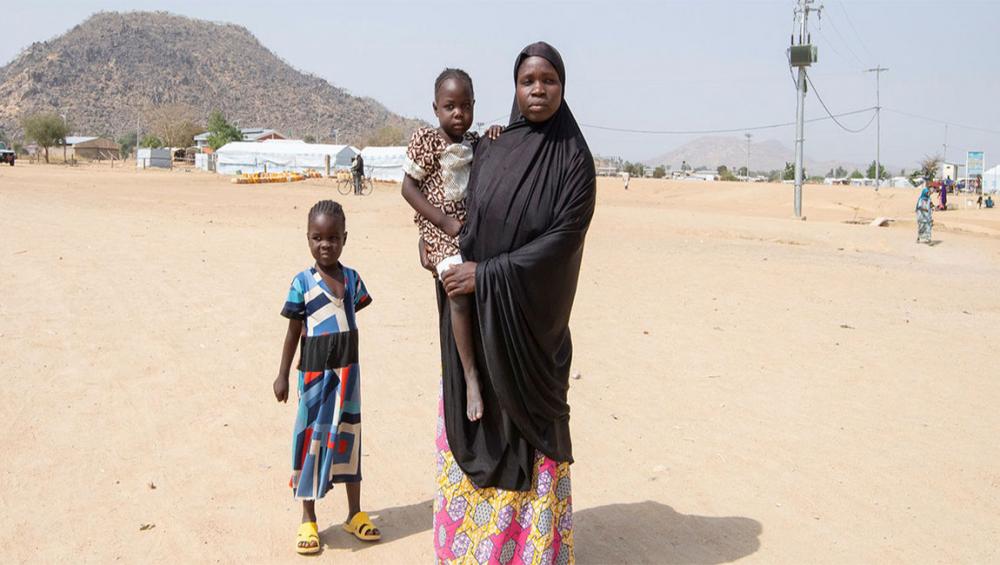 New York, Aug 18 (JEN): To mark the International Day of Remembrance of and Tribute to the Victims of Terrorism this coming Wednesday, UN News travelled to Chad and the Far North region of Cameroon in West Africa to interview people who have personal stories to tell about how terrorism has shattered their lives.

For this final story in our special UN News series, we’ll hear from Fati Yahaya, who is 24-years old and comes from the village of Koghum in the north-east of Nigeria. She and her two young children were taken by armed insurgents in 2015 and spent three years as their prisoners. She has been living in Minawao, a camp for Nigerian refugees in the Far North region of Cameroon, since June 2018.

Boko Haram came to my village Koghum in March 2015. It was a Wednesday evening at around 10pm and we had just eaten food. I was at home with my 80-year old father-in-law and two young daughters, Aissatou and Helle.

They asked about my husband and when I told them he was not there, the fighters burnt the houses in the village and then forced us to accompany them on foot to Doghoade mountain, which was about 33 kilometers away.

At times, they beat us and called us infidels who do not want to practice religion. Sometimes they would take me away from my father-in-law and lock me in a room. Once I was held for three days in a locked room without food and water.

I spent three years with these men, three years of suffering. I was not raped but I was beaten many times if I failed to follow their instructions, for example not looking the men in the eye. Some people were beaten to death, others died of hunger. I lived in fear that I too would be killed.

That is how we lived with them. God helped me and saved me from the suffering.

I was helped to escape by an old woman who had the trust of the men. I left with my two daughters, but my father-in-law stayed behind. We walked for two days in the rain and finally made it across the border to Cameroon and then to Minawao camp.

Today, I and my children are safe in this camp, but sometimes I dream of those men coming to find me and that frightens me. And sometimes my children ask, “where are those men who beat and tortured us?”

And If they see police officers with guns here in the camp, they get scared, and so I tell them, they should not be afraid. We can sleep peacefully here; there is no sound of guns, no killings, no brutality and we receive food.

My daughters now have peace of mind and play joyfully with other children. I pray that they can go to school and be educated. Maybe, one day one of them could become a doctor. That is my hope.


Fati Yahaya is 24 years old and comes from the village of Koghum in the north-east of Nigeria. She is now living in Minawao refugee camp in Cameroon. (4 February 2019)