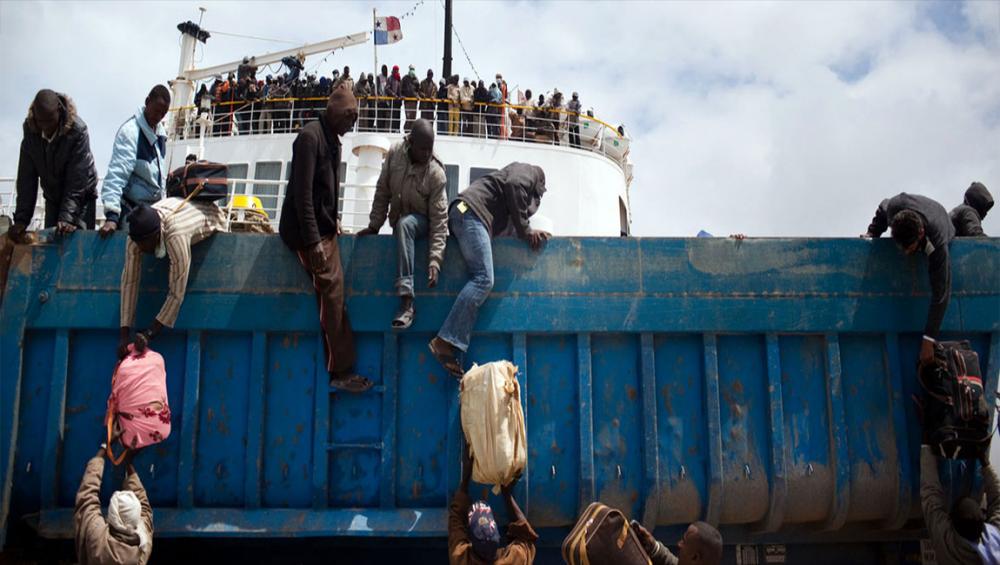 New York, July 24 (JEN): The heads of the two key UN agencies championing refugees and migrants have called for an end to their “arbitrary detention” across Libya, following an agreement on Tuesday by European Union countries to offer those fleeing across the Mediterranean a safe berth through a new distribution mechanism.

“The violence in Tripoli in recent weeks has made the situation more desperate than ever, and the need for action critical”, stressed António Vitorino, Director General of the International Organization of Migration (IOM), and Filippo Grandi, UN High Commissioner for Refugees (UNHCR).

Disagreements on how to distribute people rescued at sea, led the European Union (EU) to end official Mediterranean Sea patrols earlier this year, as Italy rejected having to take the bulk of those rescued.

While the specifics have not yet been outlined, news agencies reported that 14 EU countries have reached a tentative agreement to allocate migrants and refugees more evenly across the bloc.

The UN officials advocated for a more orderly release process for those in detention, within urban areas or open centres, “that allow reasonable freedom of movement, shelter, assistance and protection from harm, plus independent monitoring and regular unhindered access for humanitarian agencies”.

Considering the risks of abuse, maltreatment or death, “no one should be returned to detention centres in Libya after being intercepted or rescued at sea”, they stressed.

They said the renewed commitment from EU States for those making the dangerous Mediterranean crossing was encouraging: “The status quo, where search and rescue operations are often left to NGO [non-governmental organizations] or commercial vessels, cannot continue”, underscored the high-ranking officials, calling for a renewed commitment to an EU State search and rescue operation, “similar to programmes we have seen in recent years”.

The “crucial role” of NGOs “must be acknowledged”, they continued and not criminalized or stigmatized for saving lives at sea.

“Commercial vessels, who are increasingly being relied upon to conduct rescue operations, must not be requested to transfer rescued people to the Libyan Coast Guard, nor directed to disembark them in Libya, which is not a port of safety”, they spelled out.

They said the discussions on establishing a temporary, predictable arrangement for disembarking people after they have been rescued at sea, and sharing responsibility amongst States for hosting them afterwards, were promising, noting that “a joined-up approach to this situation is in everyone’s interests”.

They both maintained that “brokering a lasting peace in Libya must be the overriding priority”.

In the meantime, evacuations and resettlement away from Libya continue to be a vital lifeline for people facing an immediate threat to their lives.

“Greater efforts are needed to address why people leave their homes in the first place”, they stated.

While multiple conflicts in North and Sub-Saharan Africa continue unresolved, and development challenges persist, "some will continue to seek alternatives for themselves and their families”, they said.

“The international community should use any leverage it has to bring the warring parties together in dialogue and establish a political solution that restores stability and security”, concluded the UN officials.