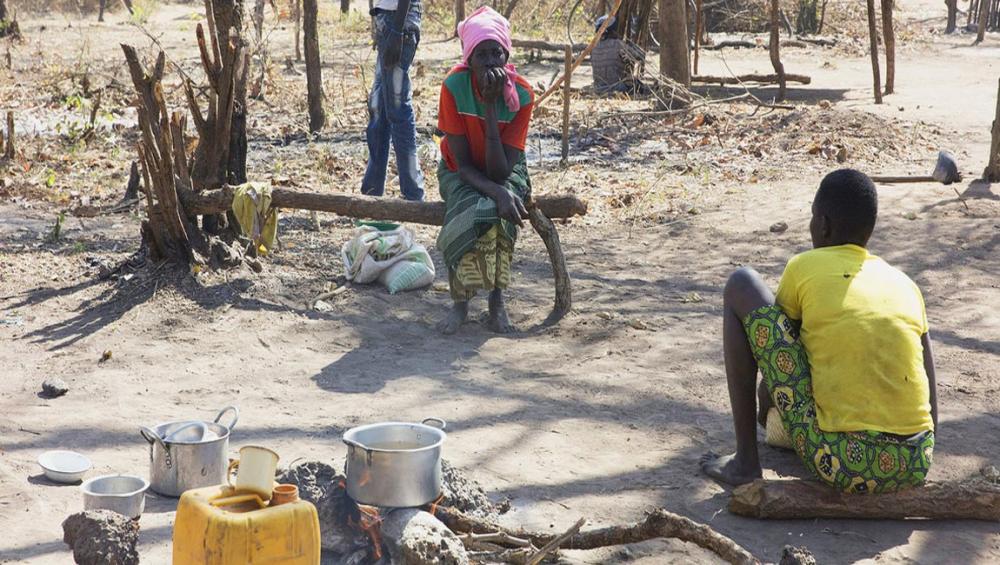 New York,The plight of South Sudan’s women and girls “should no longer be ignored”, UN investigators told the UN Human Rights Council on Monday, citing the disturbing testimonies of sexual abuse victims who have been treated by soldiers and militias as the “spoils” of the more than five-year conflict.

“Women in South Sudan have been treated by government soldiers and armed actors to the conflict, including local militias, as spoils of the conflict.”

In Yei county, women community leaders told the UN panel that many had been abducted by government soldiers and raped. The resulting stigma the women faced led them to abandon their babies, Sooka said, their testimonies marking yet more trauma linked to the infighting that grew out of the country’s declaration of independence, in 2011.

In addition to highlighting testimonies of killings and sexual violence in South Sudan, the UN panel also found food shortages at crisis levels.In her update to the Human Rights Council, the UN-appointed rights expert also noted that Government soldiers attacked a college in Goli, Yei county, in May, raping young women and leaving 10 people dead - including five schoolchildren.

According to its findings, six million people face “desperate” food insecurity – a 20 per cent increase from last year, Sooka said.

“Given the acute levels of food insecurity in the country, one would imagine that the Government of South Sudan would do its utmost to facilitate unimpeded access to UNMISS and the humanitarian organizations,” she explained.

“Instead, there is constant bureaucratic stalling of access and more alarmingly, targeted attacks against humanitarian convoys which makes it almost impossible to deliver emergency relief.”

In a call for the Government to tackle impunity, the UN Commission chair welcomed a recent ruling by a national military tribunal in the high-profile Terrain Case, in which 10 soldiers received sentences for their part in the murder, rape, sexual harassment, theft and armed robbery of aid workers, some of them foreign nationals.

“Under pressure by the international community, the Government of South Sudan was able to muster the political will to combat impunity,” Sooka said, before noting that “only the foot soldiers were prosecuted, while those with command responsibility have gone unpunished”.

It should be remembered, she continued, that UN forces documented the gang rape of more than 217 South Sudanese women by Government forces in 2016 and none of the perpetrators has been held accountable or received any compensation for their ordeal.

It is a matter of regret, the UN Commission chair continued, that President Salva Kiir has yet to sign fast-track the establishment of a special court to address impunity in South Sudan, as it had recommended in March 2018.

“The failure to punish the perpetrators of serious crimes in South Sudan has led to many to believing that they can continue to commit these crimes with total impunity,” she said.

Established by the Human Rights Council in March 2016 according to resolution 31/20, the UN Commission has a broad mandate to investigate wrongdoing in South Sudan, and seek to clarify who is carrying out alleged gross rights violations.

Since 2013, South Sudan’s civil war has led to the displacement of more than 1.7 million people inside South Sudan and created 2.5 million refugees – including more than  65,000 unaccompanied minors.

In response to the Commission’s findings, South Sudan insisted that the security situation in the country had improved and would continue to do so, following the signing of the Revitalized Peace Agreement, just last week.

At its core was a permanent ceasefire agreement, according to Paulino Wanwilla Unango, Minister of Justice and Constitutional Affairs, who also noted that sporadic skirmishes had also occurred.

Turning to the UN Commission’s call for a hybrid court, the minister said that a ministerial committee had been set up for this purpose, but that discussions had been superseded by the need to push ahead with the peace deal.