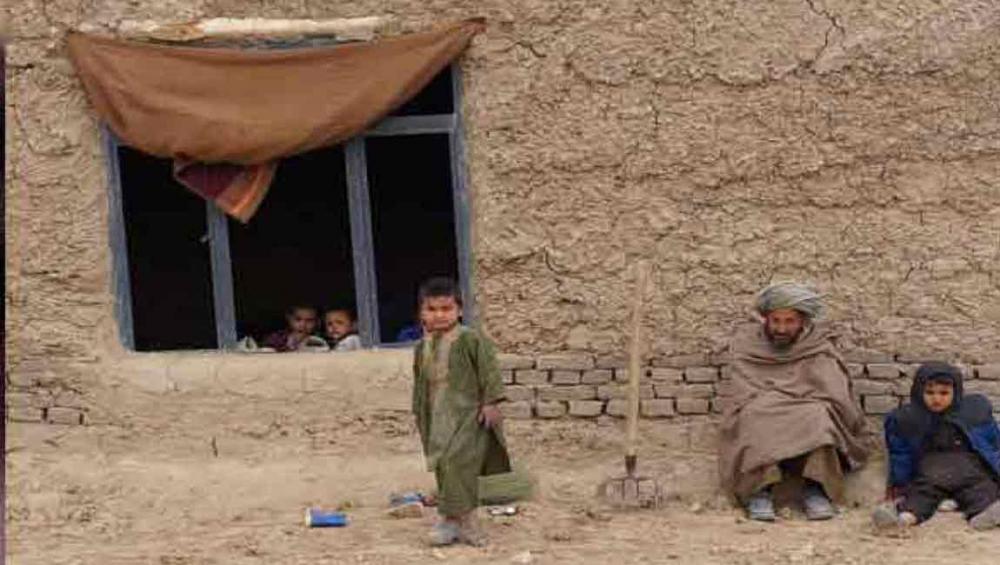 On April 13, 2017, a 21,600-pound Massive Ordnance Air Blast (MOAB), also commonly known as the Mother of All Bombs, dropped by U.S Forces killed at least 94 terrorists affiliated with the Islamic State (IS, formerly, Islamic State of Iraq and al Sham, also Daesh) in a Daesh base in the Achin District of Nangarhar Province. Three tunnels used by Daesh fighters and as reservoirs of weapons and other equipment were destroyed in the attack. Later, the Nangahar Provincial Government disclosed that at least four key leaders of the group identified as Hamza Abu Bakar, Mohammad Ibrani, Hamid Kunari, and Walkin, were among those killed.

On April 12, 2017, the Nangahar Provincial Government stated that at least 49 Daesh terrorists, including three 'commanders', were killed during the preceding 24 hours in the vicinity of Achin District. Several weapons and other military equipment, including explosives, were also destroyed during the operations.

On April 10, 2017, at least 13 terrorists affiliated with Daesh were killed during the ongoing "Operation Hamza" in the vicinity of the Pekha area of Achin District in Nangarhar Province.

The 10-day "Operation Hamza" was launched on April 10, 2017, by Afghan Special Forces, in cooperation with foreign troops, to fully eliminate the insurgency led by Daesh terrorists and other insurgent groups, including Taliban, in Kot and Achin Districts of Nangarhar Province. Earlier, in another operation codenamed "Operation Shaheen-25" launched on February 10, 2017, to suppress the growing Daesh dominance in the Nangarhar Province, at least 150 loyalists of the group were killed or wounded over ten days.

According to partial data compiled by the South Asia Terrorism Portal (SATP), 884 IS terrorists, including 768 in Nangarhar, 94 in Zabul, 15 in Uruzgan, five in Kandahar and two in the Herat Province, have been killed since the beginning of 2017 (data till April 16, 2017).

Reports of Daesh making inroads into Afghanistan had started soon after the June 2014 release of the terrorist formation's 'world domination map', which included Afghanistan in the projected 'Islamic region' of Khorasan'. In his address to the United States (US) Congress on March 25, 2015, Afghanistan President Ashraf Ghani had warned, "From the west, Daesh is already sending advance guards to southern and western Afghanistan to test for vulnerabilities." Daesh reportedly carried out its first terror attack inside Afghanistan on April 18, 2015. At least 33 people were killed and another 105 were injured in a suicide bomb blast outside a bank, where Government staff and military personnel were collecting their salaries, in the city of Jalalabad, the Provincial capital of Nangarhar Province. An April 14, 2017, media report put the number of Daesh fighters in Afghanistan at 600 to 800, most of them embedded in Nangarhar Province. US and Afghan militaries have overwhelmingly targeted Daesh Forces since their early emergence and consolidation in the region.

Within days of the declaration of the 'Caliphate' by Abu Bakr al Baghdadi on June 29, 2014, a splinter of the Tehrik-e-Taliban Pakistan (TTP) announced itself as the Tehrik-e-Khilafat and declared allegiance to Daesh. In January 2015, Hafiz Saeed Khan Orakzai, a former TTP 'commander' and member of its Majlis-e-Shura (governing council), after a protracted leadership struggle within the organization, claimed to have been appointed as the head of Daesh's Khorasan chapter in Pakistan and Afghanistan. [Hafiz Saeed Khan was killed along with 30 other fighters in an airstrike in Afghanistan's Jalalabad province in July 2015]. Quickly, with no pattern or apparent material support, Daesh supporters in Pakistan announced themselves in Peshawar, Bannu, the Northwest, and Quetta, the provincial capital of Balochistan. Jundullah, another TTP fragment, also broke away and announced its support for Daesh on November 17, 2014. On July 31, 2015, the Islamic Movement of Uzbekistan (IMU), with a powerful presence in both Pakistan and Afghanistan, declared fealty to Daesh. In Afghanistan, various splinters of the Taliban broke away transferring allegiance to Daesh, including the Heroes of Islam Brigade on September 30, 2014 and al Tawheed Brigade on September 23, 2014.

IS-K found initial and substantial support among disaffected Taliban and TTP cadres, establishing dominance in the Nangarhar Province, as well as a significant presence in Kunduz and Helmand, in Afghanistan. Wilting under the heat of operations by the Taliban, the Afghan National Security Forces (ANSF), private tribal militias and US Air support, IS-K was squeezed out of four of the Province's seven Districts, retaining a weakened presence in Achin, Nazyan and Deh Bala, and pushing into the neighbouring Kunar District under pressure. Daesh fighters were seen fleeing to the Kunar and Nuristan provinces along Afghanistan's western border with Pakistan, where they were just "trying to survive" at that stage.

After gaining early momentum in the eastern parts of Afghanistan, Daesh's capabilities and territorial dominance began quickly to wane, both as a result of disproportionate focus by the Afghan and Coalition militaries, and because the group, unlike the Taliban, is not seen as an indigenous entity, and has consequently failed to consolidate local support. Moreover, Daesh's practice of accusing fellow Muslims of apostasy for deviating from its own violent interpretation of Islam does has found few takers in Afghanistan's tribal cultures. Further, the Daesh leadership - whether its core in Iraq and Syria or its offshoot for Afghanistan and Pakistan - are not Afghans. Daesh was formed by breakaway members of the TTP, an alliance of extremist groups fighting to overthrow the Pakistani Government, and other foreign fighters. Daesh is consequently viewed as an outside force, and this perception has been compounded by its demonstrative brutality, as well as its ill-treatment of the local people and the lack of respect for their culture and history.

Some of Daesh's recent and major attacks include:

On April 12, 2017: A suicide attacker detonated explosives near the Administrative Office of the President and the Ministries of Defense and Finance in the Afghan capital, Kabul, killing at least five civilians and injuring 10. Daesh claimed responsibility via a statement released by the group's media wing, Amaq News Agency.

On March 8, 2017: Gunmen dressed in white lab coats stormed the Sardar Daud Khan Hospital in the centre of Kabul, firing shots, detonating explosives and then battling Security Forces for hours, resulting in the deaths of more than 40 people. Daesh claimed the attack.

On February 8, 2017, six employees of the International Committee of the Red Cross (ICRC) were shot dead by Daesh terrorists in the Qoshtapa District of Jawzjan Province. After the killing, ICRC suspended its operations in Afghanistan on February 9, 2017.

On February 7, 2017, at least 22 people were killed while more than 41 were injured in a suicide attack outside Afghanistan's Supreme Court complex in Kabul. Later, in a post on Twitter, Daesh claimed responsibility for the attack.

On November 21, 2016: IS carried out a suicide bomb attack inside a mosque in the sixth Police District of Kabul, which killed at least 30 people and left more than 70 injured. Children and women were among the victims.

On March 17, 2017, Esa Khan Zawak, the District Governor of Achin District, observed "Daesh was still firmly entrenched in the area where they had military bases, training centers, prisons and even a court. We are in offensive status and do not feel serious threats, but almost 80 percent of the fighters are foreigners." Earlier, on February 14, 2017, Nazifullah Salarzai, Deputy Permanent Representative of Afghanistan at the United Nations, speaking during a meeting of the United Nations Security Council noted, "The ongoing cycle of violence in Afghanistan is not, by any means, a homegrown phenomenon. Its roots lie elsewhere, outside Afghanistan," and added that the roots of violence emanated from a strategic design crafted "from within our region to advance an ill-fated political agenda, which serves no one, defies international law and constitutes a blatant violation of the very spirit and tenets of the UN Charter, including relevant counterterrorism resolutions of the General Assembly and Security Council."

Significantly, on May 30, 2016, the Afghanistan National Security Council (NSC) chaired by President Mohammad Ashraf Ghani approved, in principle, the strategy to fight Daesh, as loyalists of the terror group were attempting to expand their foothold in the country. Further, on March 23, 2017, the Foreign Ministers of the Global Coalition against Daesh declared, "We commend the efforts of the Government of Afghanistan, along with its National Defense and Security Forces, in the fight against ISIS and in implementing its National Strategy against ISIS."

Reaffirming support to the Afghan Government and Security Forces, on March 18, 2017, the UNSC extended until March 17, 2018, the mandate of the United Nations Assistance Mission in Afghanistan (UNAMA), a political UN mission established on March 28, 2002, at the request of the Government of Afghanistan to assist it and the people of Afghanistan in laying the foundations for sustainable peace and development. Separately, reaffirming North Atlantic Treaty Organization (NATO)'s continued support until peace and stability is ensured in Afghanistan, NATO Secretary General Jens Stoltenberg, during a press conference following the NATO Foreign Ministerial meeting in Brussels, declared, on April 1, 2017, "NATO already plays a key role in the fight against terrorism. We have to remember that our biggest military operation ever, our presence in Afghanistan, is about fighting terrorism. It's about preventing Afghanistan from once again becoming a safe haven for international terrorism." Similarly, reaffirming the US support to the NATO-led mission in Afghanistan, US Secretary of State Rex Tiller also observed, "NATO's work in Afghanistan remains critical. The United States is committed to the Resolute Support Mission and to our support for Afghan forces."

The spread of Daesh was an ominous development for Afghanistan, which is going through a phase of increasing turbulence. There are several concerns over Daesh's presence and impact in Afghanistan. While the Taliban remains the Afghan Government's most pervasive foe, Daesh's presence has created another major challenge for the Afghan Forces.